At 7 a.m. on the morning of Sept. 11, , a group of runners gathered in the shadow of historic Fenway Park in Boston for the beginning of a two-month trek.

The runners, all part of Team RWB (Red, White and Blue), unfurled an American Flag which they would carry on the 5th Annual Old Glory Relay.

From Patriot Day to Veterans Day, Team RWB runners across the United States carried the flag, from Boston to the sunny shores of San Diego, California.

The journey would wander over 24 states and involve about 10,000 flag carriers.

The purpose of the relay is to honor and connect veterans, while celebrating what unites us as a Nation.

Fort Irwin’s chapter of Team RWB received the flag in Baker, California, on Nov. 8. It took 60 days for the Fort Irwin team to bring the flag from the “World Largest Thermometer” in Baker, more than 69 miles to the “Blue Track” at Fort Irwin.

Early the next morning, the team was off again, this time to carry the colors to Victorville, California, about 91 miles south of the installation. 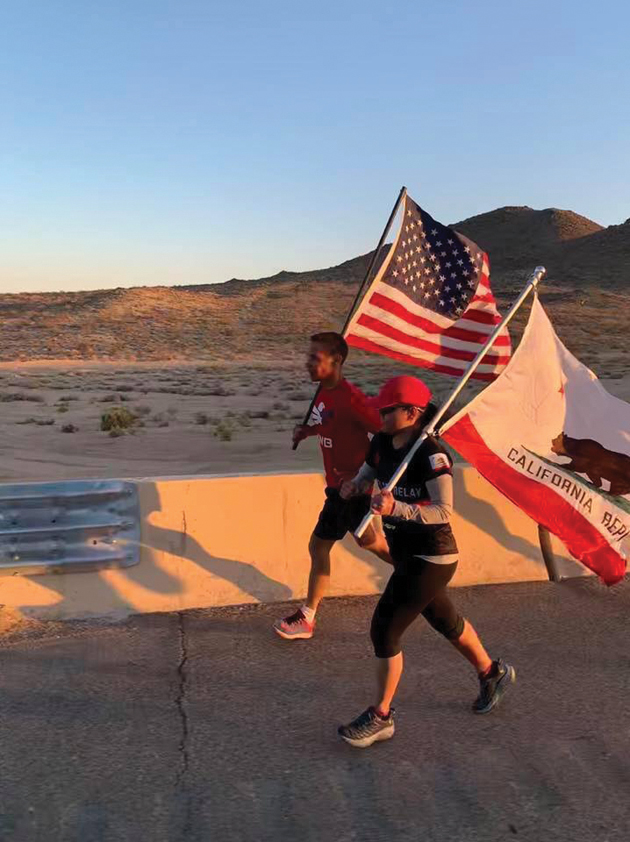 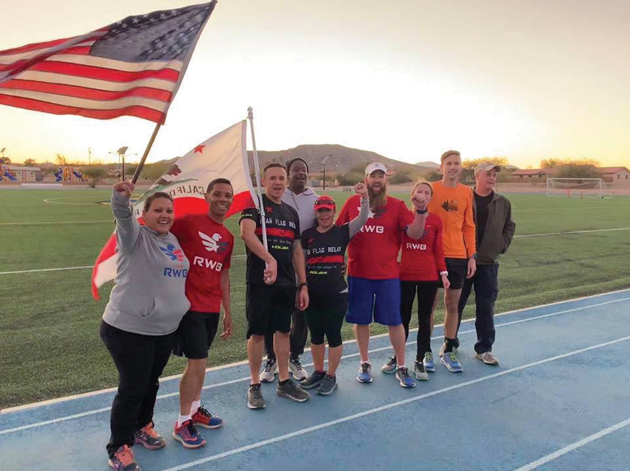