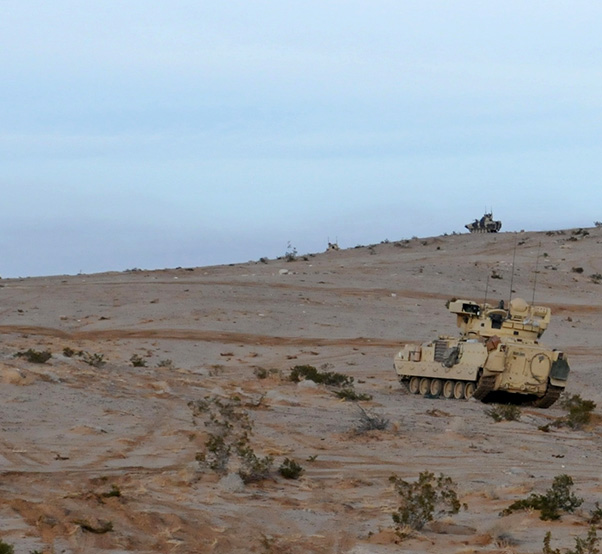 A rotation at NTC is the culmination of months of training, which began at the individual level and built through collective training. The brigade then brought it all together, here, in a realistic, near-peer, force-on-force fight against the resident opposition forces of the 11th Armored Cavalry Regiment, “Blackhorse”.

“You really can’t get this type of experience anywhere else,” said Col. Kevin Capra, commander of 3rd Brigade. “The enemy, the terrain, the conditions all stress our systems and test our Soldiers.”

The decisive action rotation incorporated the organic Brigade along with more than 1,000 additional enablers to include Soldiers from across the United States both active duty and Army Reserve forces. 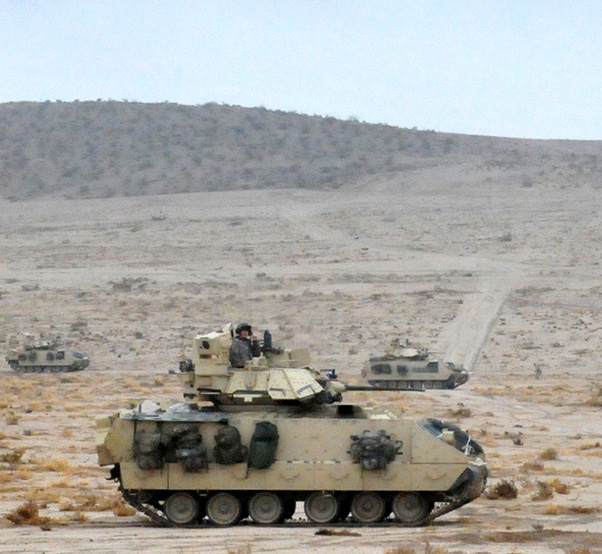 “All of these enablers contributed to the success of the Brigade,” Capra said. “They either enhanced our current capabilities or brought us capabilities that are not organic to our Brigade. These units made a huge difference in the fight and highlight the Army’s Total Force Partnership.”

The rotation started with reception, staging and onward movement meant to replicate the deployment of the Brigade to the area of operations. During this time the Soldiers work hard to download and stage vehicles, while senior leaders continue planning and engage with allied force partners.

The next two weeks are spent in “The Box,” a term used to describe the maneuver area of Fort Irwin, which is about the size of Rhode Island. During the first week the Brigade conducts force-on-force operations to include attacks, defenses and urban operations. The next week is a live-fire exercise in which the full firepower of the brigade is brought to bear. 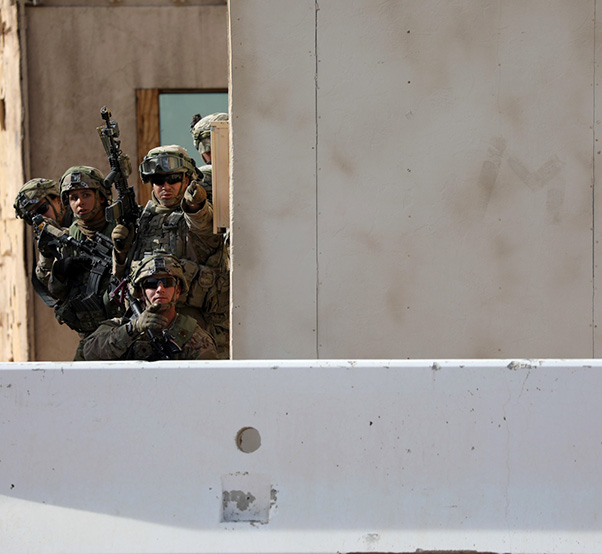 According to Capt. Jack Clark, commander of C Co., 2nd Battalion, 7th Cavalry Regiment the training was invaluable to his unit, both veteran and young Soldiers alike. “Our company came to NTC with the goal of getting better every day,” he said. “The intense, realistic training that we received was crucial and provided a capstone to the months of training leading up to this rotation. We’re ready for any mission we’re given.”

By the end of the two weeks in “The Box,” Greywolf had accomplished a lot. It was in continuous contact with the enemy for over 277 hours, traveled more than 162 km, conducted five brigade-level attacks, two defenses, seven combined arms breaches and two battalion air assaults, secured 11 urban areas, and flew 66 total close air support sorties.

“There are five criteria I believe are integral to winning; being a learning organization, having a great attitude, being a great teammate, getting better every day and loving your formation.” Capra said. “Based on those metrics we are a winning organization following this rotation. But the work doesn’t end here, we need to continuously build upon what we have learned here.” 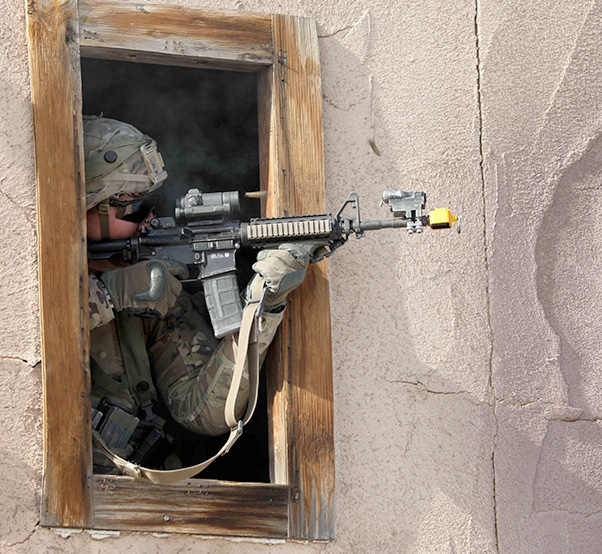