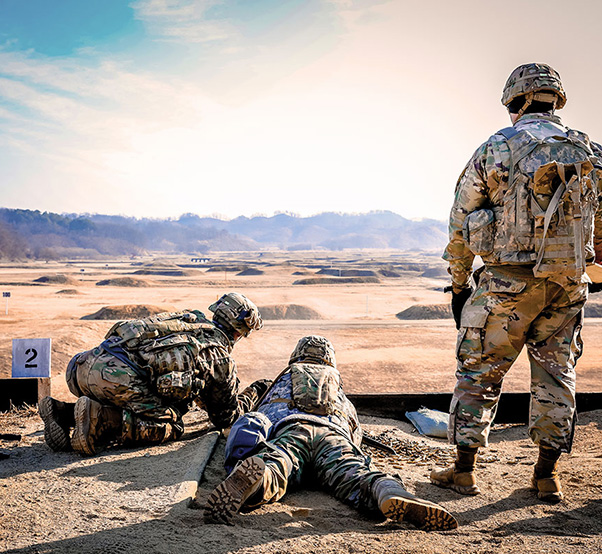 The Army is slated to release its fiscal year 2020 budget request on March 12, which will include the realignment of nearly $30 billion over the next five years to improve readiness and better support the Army’s six modernization priorities.

“We’ve been very consistent about where we’re trying to take the Army … by 2028,” said Under Secretary of the Army Ryan D. McCarthy. “We are trying to enable the National Defense Strategy, and we have taken some pretty dramatic steps to get there.”

The under secretary discussed the Army’s upcoming budget request during the Association of the U.S. Army’s Institute of Land Warfare breakfast series in Arlington, Va., Feb. 26.

While McCarthy didn’t go into a line-by-line detail about the upcoming budget, he shared that the fiscal 2020 request will include, “$8 billion in cost avoidance, and about $22 billion in cuts or terminations.”

Further, a portion of the request will help fund the science and technology community, supporting the “31 signature priorities” outlined in the Fiscal 2018 and fiscal 2019 budgets.

Freeing up $30 billion was no easy task. Last year, Secretary of the Army Mark T. Esper and Chief of Staff Gen. Mark A. Milley ordered a comprehensive review of the entire budget. Army senior leaders, staff officers, and major commanders from all three components participated in the process, he said.

“We ran through every program in the budget,” McCarthy said. “They branded it ‘night court,’ because it had that shark tank [feel.] You went in there and you’d try to explain your program to the leadership. If it didn’t survive — it was out.”

“We need to be better with every dollar that taxpayers give us,” he said, adding Esper and Milley are trying to change the “fundamental behavior of the Army.”

After the budget proposal is released, Army leaders will engage with Congressional leaders to justify the request. However, with this year’s shortened approval timeline, McCarthy acknowledges the challenge Congress will face in passing the FY20 budget.

Failing to pass a budget could result in a series of continuing resolutions and alter the Army’s agenda.

“Continuing resolutions breed mediocrity,” he said. “You can’t have predictability in an environment where you’re getting an installment every three or six months. How [will] companies know if they’re going to get paid or not? How can you get the system primed to hit at optimal levels?”

The Army will need to work very hard with Congress during the posture hearings to get them the information they need, McCarthy said, so they can pass both the authorization and appropriation bills by Oct. 1.