FORT IRWIN, Calif. — “March Madness” was an event that was tailored to 3rd to 5th graders who attend the School-Age Center on post. Excitement built as the players trained and practiced for eight weeks prior to the March Madness event. The purpose of this event was to get the kids to work hard for something for eight weeks and allow them to showcase the skills they learned in front of their parents and peers. The March Madness game was played on the March 13 at the Fort Irwin Middle School Gym. The participants in this program were broken up into two, different teams who competed against one another in the spirit of good sportsmanship and fun. The 1st and 2nd graders who wanted to be involved with the event were assigned duties and tasks such as, working the game clock, providing water for the athletes, and acting as an assistant coach to the players. 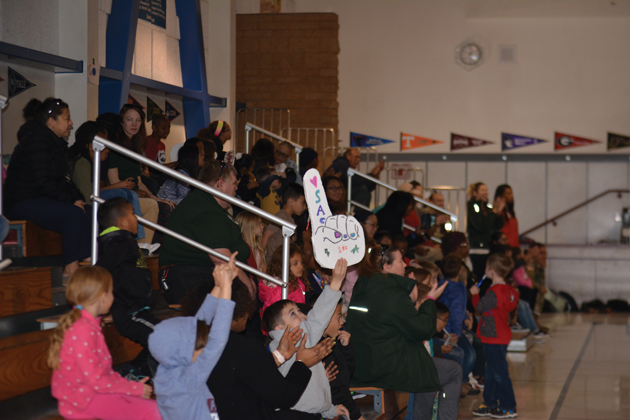