FORT IRWIN, Calif. — About two dozen people showed up for a 5K run that was like none other. Runners showed up to the Spring into Fitness 80’s 5K, decked in neon bracelets, big hair, leotards, sweat bands and colorful workout attire. The March 16 event and began at the Box Fitness parking lot. DENTAC joined the MWR’s monthly run and included a 2K for Tooth Decay theme. Runners received great, 80’s-themed gifts and DENTAC goodie bags. Awards were presented to the top three adult male and female runners for the 5k and 2k, as well as the top finisher in each youth category. MWR’s Sports, Fitness and Aquatics group hosts runs each month. The next one is on April 20 during the Month of the Military Child event at Jackrabbit Park. It will be a Super Hero 5K & 2K. 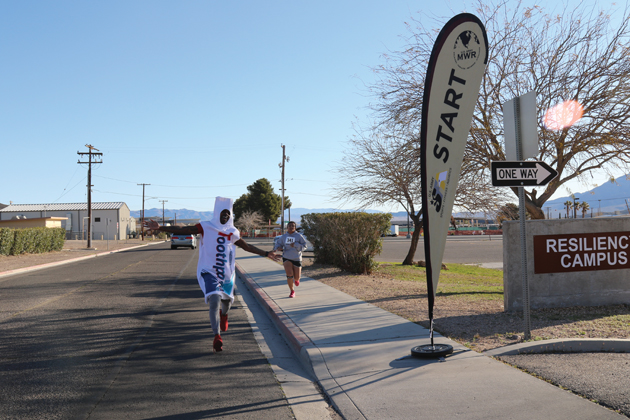 Finishing the 2K for Tooth Decay run was not an easy feat, but one person did it dressed as a tube of toothpaste.

Pushing it while Pregnant: Advice for exercising while expecting