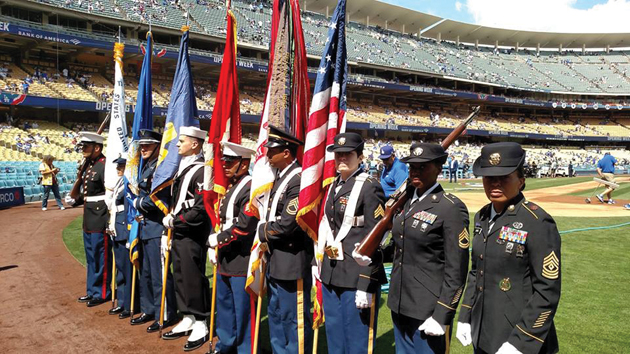 LOS ANGELES — The Joint Color Guard from Fort Irwin’s National Training Center presented the (flag) colors during Opening Day of the Los Angeles Dodger’s baseball game at Dodger Stadium on March 28. Dozens of members of all branches of the military unfurled a large, U.S. flag on the field during the National Anthem, a member of the 300th Army band sang the anthem, the Army’s Golden Knights Parachute Team jumped into the stadium, and there was also a flyover from the 452nd Air Mobility Wing from March Air Reserve Base.