FORT IRWIN, Calif. — Some nationally-known comedians visited the National Training Center in February to bring our military community some laughs.

The Family and MWR featured four comics— Dante Rusciolelli, Crystal Powell, Jessica Wellington and Rebekah Kochan from the Last Comic Standing at Shockwave. About 100 turned out for a good time and even had the chance to take photos and chat with the comedians on Feb. 23.

There was also a last-minute treat from the Bob Hope USO and the 1/25 SBCT UMTs on Feb. 27. They welcomed comedian TJ McGee, who is one of the original members of “In living Color” and has made several appearances on BET’s Comic View, HBO’s Def Comedy Jam and headlined the top comedy clubs across the U.S. He has played in film, television and commercial roles. TJ is an extremely versatile artist who appeals to all ages and backgrounds. Soldiers and residents enjoyed listening to his Ministry of Comedy. 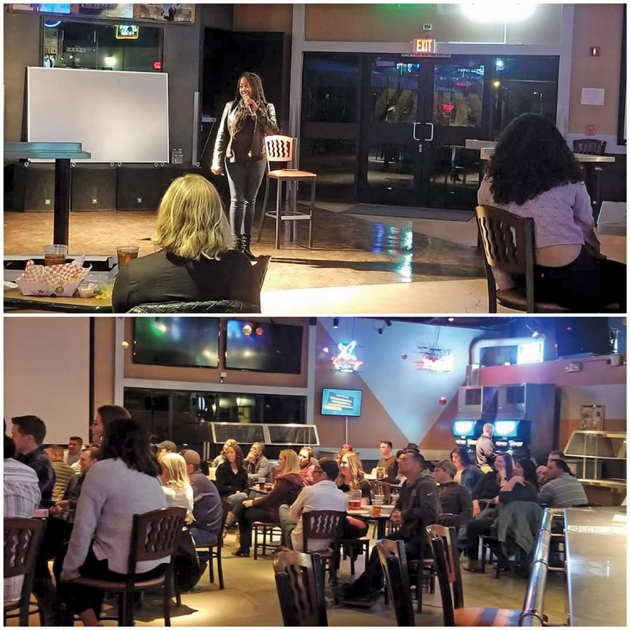 Chrystal Powell kicked off the laughs during the Feb. 23 comedy show at the Shockwave restaurant, which featured comics from “Last Comic Standing.” 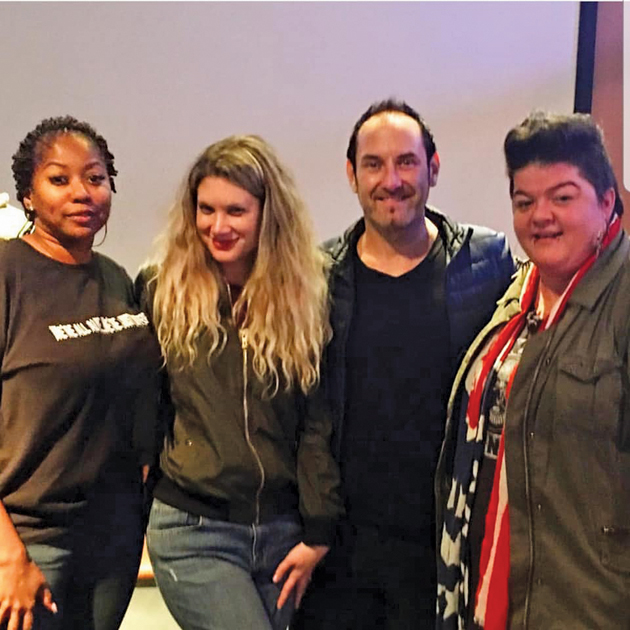 From left: Chrystal Powell, Rebekah Kochan, Dante Rusciolelli and Jessica Wellington pose after their comedic performance for the Fort Irwin community at Shockwave.