FORT IRWIN, Calif. — NTC’s Exchange and community members thanked those who served during Vietnam during a pinning ceremony on March 29.

The ceremony is part of an initiative by the United States of America Vietnam War Commemoration to present everyone who served in the Vietnam War with a lapel pin.

You could see the gratitude of the veterans as they received their pins from those who are grateful for the difficult journey they experienced. More than two dozen were in attendance.

The Fort Irwin Exchange & DECA thanked Vietnam Veterans at the Veterans Home in Barstow, as well as at the PX, in appreciation for their service to our nation.

Living United States veterans who served on active duty in the U.S. Armed Forces at any time during the period ofNov. 1, 1955, regardless of location, are eligible to receive the lapel pin. For a list of upcoming commemorative events and locations, you can visit www.Vietnamwar50th.com/events. 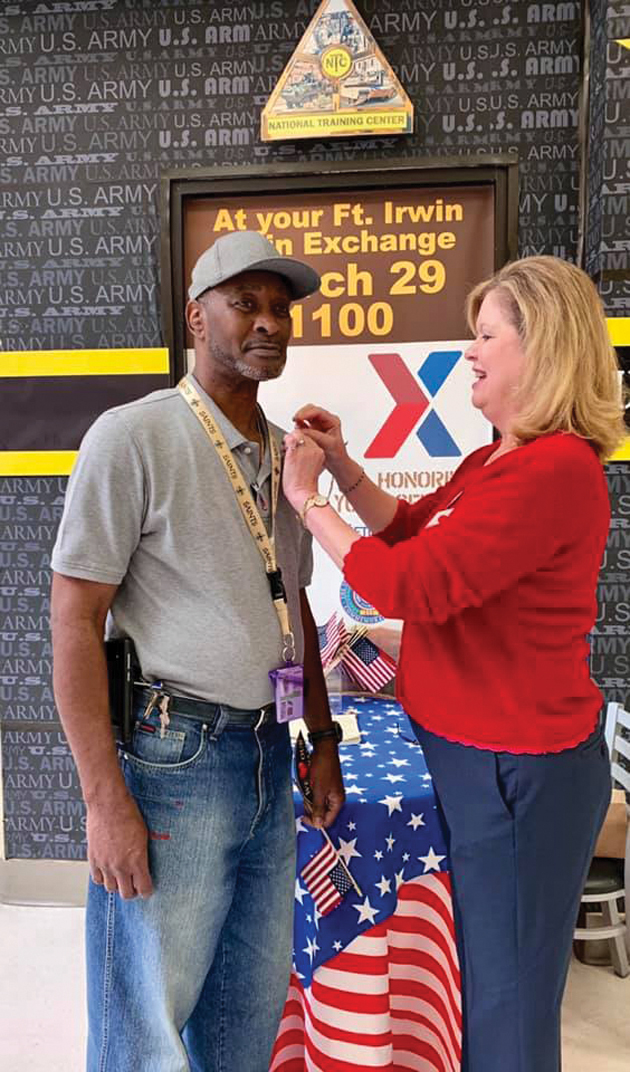