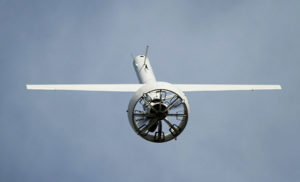 Recently, the Army announced a contract award up to $99.5 million to Martin UAV LLC and Textron AAI Corp. for procurement of non-developmental tactical systems.

Recently, the Army announced a contract award up to $99.5 million to Martin UAV, LLC and Textron AAI Corp. for procurement of non-developmental tactical systems.

To align with the MDO concept, the FTUAS platform will enable multi-domain capabilities for brigade air-ground operations via significant improvements in operational capability, survivability, reliability, availability, maintainability and mobility.

The director of the Future Vertical Lift, Cross-Functional Team, Brig. Gen. Walter Rugen, has made it clear what he expects out of the effort. “By understanding the operational needs statements, we need better acoustics, runway independence, and better transportability,” said Rugen.

“This is a great example of innovative and effective teamwork between the Future Vertical Lift CFT, PEO-Aviation, and Army Contracting Command to streamline the process to get superior capability to operational units faster while saving time and funding,” said Gen. John Murray, Commanding General, Army Futures Command.

“The Unmanned Aircraft Systems team within the Program Executive Office Aviation has been working closely with the CFT for the past 16 months to provide this new expeditionary intelligence, surveillance, and reconnaissance capability to the Army in support of its modernization priorities,” said Lt. Col. David Griffin, Tactical Unmanned Aircraft Systems Product Manager.

In December to January this year, 11 potential candidates participated in a fly-off at Dugway Proving Ground, Utah. An extensive analysis of the data collected during the fly-off resulted in the contract award to Martin UAV LLC and Textron AAI Corp. The award serves as the “buy” phase. 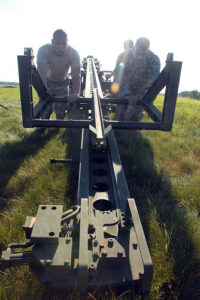 Army Futures Command is now moving into the “try” phase-and will rely on the force for its feedback. “What’s exciting,” said Rugen, “Soldiers will actually get their hands on this equipment, try it out, and provide feedback.”

The Army will buy up to six air vehicle systems and issue to six different units within U.S. Army Forces Command (FORSCOM). The units will rotate through a Combat Training Center during Fiscal Year 2020, evaluating their assigned system in a realistic, tough training environment.

Soldier’s feedback will help determine the “decide” element by informing requirements for a potential Shadow replacement at a much more accelerated pace.

“We’ve really shrunk our process and ability to get a better solution into a Soldier’s hands, we’ve shrunk that timeline by years. We have the experts on our team that are really helping us drive the schedule and drive capability into the force, which is our whole mission,” Rugen said.