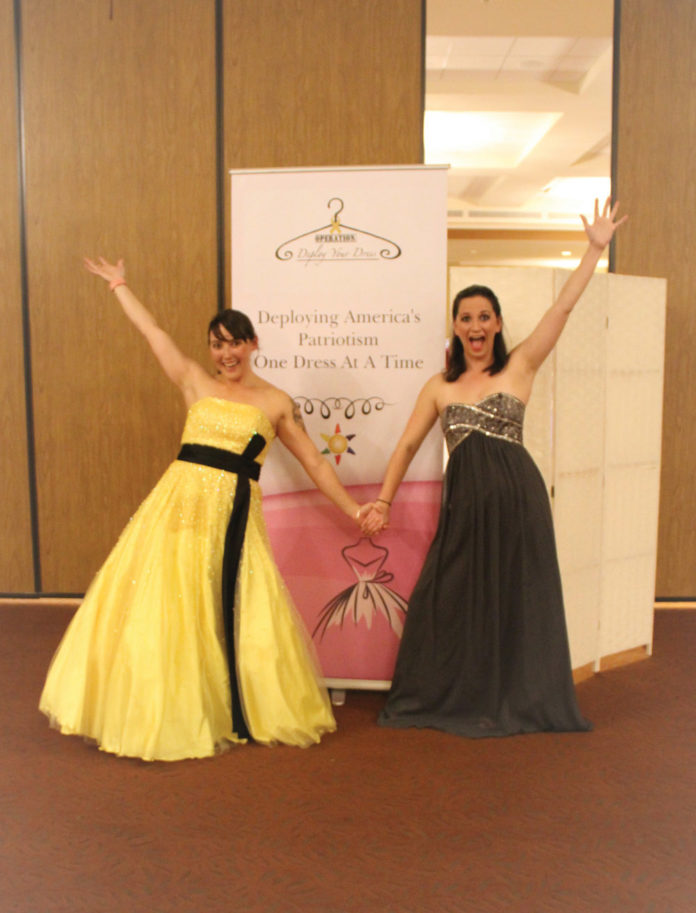 Although neither Army spouse looks much like Disney’s Fairy Godmother, the magic Sarah Barnes and Alexandria Paich brought to their fellow Blackhorse family members and the extended community, is undeniable.

“(Barnes and Paich) developed this event to help their fellow spouses feel confident as they head into military ball season,” said one senior spouse. “The positive energy created at Cinderella’s Workshop was so inspiring.”

Fort Irwin is the first duty station for more than 60 percent of Blackhorse’s Troopers and Families. This means that hundreds of Soldiers and Family members must learn to navigate all things Army – from unit formals, to training events – in the middle of the Mojave Desert.

With multiple unit formals already on the 2019 calendar, Barnes and Paich began hearing the same questions over and over– “Where can you find formal dresses, hair ideas, make up, and accessories in the middle of a desert?”

The friends were inspired and sprang into action to identify and package a myriad of available resources on the installation. Their vision was to provide a “one-stop shop” so spouses would feel fully prepared for formal season.

“We came up with this idea just from talking together about past military formals and what we would have changed if we had known better,” Barnes said.

On the opening evening of Cinderella’s Workshop, more than 100 spouses gathered with excitement in the foyer of Sandy Basin Community Center.

During the two-hour event, spouses, and even some Soldiers, browsed various booths and tables to discover hair and make-up techniques, nail polish application ideas, learned some new dance moves, and even stopped by for a complimentary chair massage.   A table near the front was set with a complete formal place setting.  Everyone who stopped, learned the secret of how to know which side of your place setting your respective drink and bread placement should be, to avoid confusion at the upcoming formals.

Operation Deploy Your Dress, a non-profit organization that collects and distributes gently-used and new formal attire and accessories to help offset the cost of military formals, was on hand to support with rows and rows of neatly-organized gowns that had been donated throughout the year.

“I just cannot get enough of experiencing the joy when people find a gown,” Kat Thayer, ODYD representative, said.

ODYD was able to deploy 44 gowns at this successful event.

“The entire post gave us a big hug of support to run with this sincere idea we had; from AAFES to MWR, and from ACS to MCSC [Military and Civilian Spouses’ Club],” Paich said.

Barnes and Paich envision the Cinderella’s Workshop event being even bigger and better in years to come, serving the community and sharing happiness with those stationed at Fort Irwin.

“I think my favorite part was having spouses come up to us at the event to tell us how much something like this was needed; how this event made them feel so prepared and absolutely beautiful,” Barnes said. “To be able to give someone confidence feels incredible.”