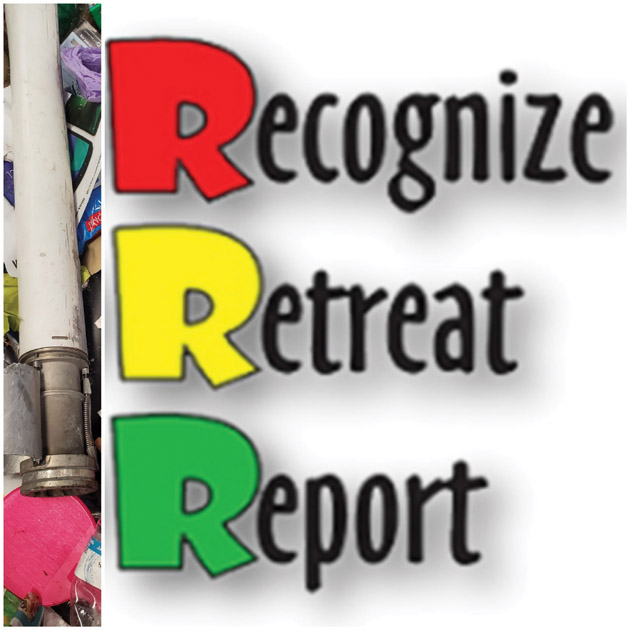 FORT IRWIN, Calif. — Fort Irwin has long been used as a training area. All types of ammunition ranging from 500-pound high explosive bombs and eight-inch special weapons training rounds, to 20mm HEI-T rounds, have been found in all of the training areas. Each year during Post/ Range cleanup, hundreds of unexploded ordnance are reported by personnel.  They can come in myriad shapes, and can be buried at depths of inches to tens of feet.

Areas of higher and lower Unexploded Ordnance (UXO) risk at Fort Irwin can be separated by a line that runs northwest-southeast from Grid coordinates NV040290 to NV650060. This division line puts training areas known to have dud-producing munitions north of the line (higher probability of encountering UXO), while areas with non-dud-producing munitions fall south of this same line (and have a lower risk of encountering UXO).

UXO which stands for Unexploded Ordnance, means military munitions that: Have been primed, fused, armed, or otherwise prepared for action; have been fired, dropped, launched, projected, or placed in such a manner as to constitute a hazard to operations, installations, personnel, or material; and remain unexploded, whether by malfunction, design, or any other cause. (10 U.S.C. 101(e)(5)).

To address explosives safety, the U.S. Army developed the Department of Defense’s 3Rs (Recognize, Retreat, Report) Explosives Safety Education Program (3Rs Program) in 2000 after a fatal incident at Camp Shelby (Mississippi) in which teenagers ignored warnings and removed munitions from an operational range. One of the munitions later detonated killing one teenager and critically-injuring another.

In some cases, property the military once used for training has transferred from the military’s control to public uses such as parks or has become private property.  Given its past military use, munitions may be encountered within property the military no longer controls or uses.  Munitions are dangerous, even decades after they were used or made.  Civil War cannonballs, which are often collected as souvenirs, may contain an explosive fill that if subjected to a spark, fire, or heat, will explode.

Munitions may not look like a bullet or bomb.  They may look harmless, be shiny or rusty, or clean or dirty.  Regardless of what they look like, munitions should be considered dangerous.

Recognize when you may have encountered a munition.  If it looks like a bullet or bomb, treat it like it is one.  Leave it alone!  Recognize the potential danger!

Retreat by immediately and carefully leaving the area the same way in which you entered.

Report the suspect munition and describe what you saw and where you saw it.