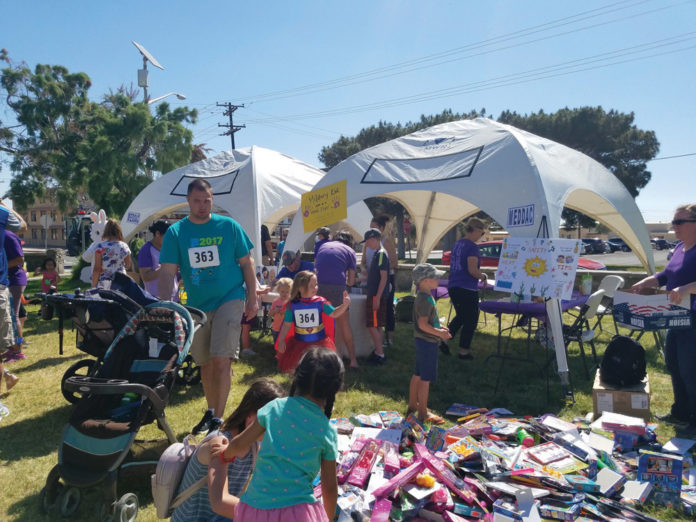 FORT IRWIN, Calif. — They constantly move from base to base (or in the Army’s case—post to post), overseas and stateside, experiencing a seemingly never-ending series of short-term homes, jobs, and schools. The term “Military Brat” can be worn as a badge of honor— children who have one or both parents serving in the Armed Forces are resilient, as they travel the world, relocate often and experience different cultures. Military families and children also have to maintain the mental strength to endure the sacrifices of their mother or father’s job.

Fort Irwin’s Child and Youth Services (CYS), along with the Family Morale, Welfare and Recreation (FMWR) organization sponsored their annual Month of the Military Child Festival on April 20 to bring awareness and attention to Fort Irwin’s youngest dependents, and to celebrate their service. An estimated 1,200-1,400 people came out to enjoy activities and games for children of all ages, including bounce houses, train rides, face painting and glitter/airbrush tattoos, balloon artists, a DES Smokehouse and fire engine, mascots McGruff the Crime Dog and Sparky the Fire Dog, and the USO and other organizations had several giveaway items.

“Military kids experience so many changes in their lives and this often helps to develop resiliency and adaptability and I think it’s important to take a moment and celebrate our military kids,” April Camarena, CYS Outreach Services Director, said.

During April, military and private organizations try to put emphasis on programs they offer that can assist military children and families year-round.
So, besides the fun activities, the event also provides resources for parents to help support their military child’s experience. Parent to Parent is a military program that empowers parents to be their child’s strongest advocate by providing workshops, resources and training. A downloadable toolkit can be found at militarychild.org.

Month of the Military Child events are a time to honor the sacrifices made by military families worldwide, with an emphasis on the experience of the dependent children of military members, serving at home and overseas. The national project is sponsored by the Department of Defense Military Community and Family Policy. Military installations have different celebrations that can involve parades, fairs, seminars and special events that center around the message of the month. Some organizations even have military children tell their story on what it means to be a military child through drawings or words for a chance to win great prizes.

Fort Irwin has been celebrating “Month of the Military Child” for 33 years and at this year’s event, the Boy and Girl Scouts opened with a flag ceremony, followed by the National Anthem, sung by Annabella Heath. Garrison Commander, Col. Seth Krummrich provided opening remarks and read a proclamation.

As a part of the larger event, dozens also decided to dress up and participate in the Superhero and 5K Fun Run, which include several children. The installation celebrated Earth Day at this event with activities like a water display and desert animal display to help the community understand the importance of our Earth.

The Natural Resources/Wildlife division, along with the post Veterinarian Clinic brought out animals to educate the community on the environmental wildlife in the Fort Irwin community.

“The event serves a great purpose in recognizing our youngest military family members and acknowledging that they are also impacted by the military,” Camarena said. “We are a military family and I’ve seen firsthand in my own, three children, the impact their father’s service has on their lives and it’s important to recognize and honor them.”

Military Children by the Numbers (militarybenefits.info)

• According to a report by the Department of Defense there are 700 military child development program facilities around the world, running approximately 155,000 child-care spaces, with another 3,000 Family Child Care homes which provide.

• It’s estimated that military child development centers welcome around 200,000 children daily. There are 300 youth and teen centers worldwide serving more than 645,000 youth through a variety of educational and recreational programs.

• Approximately 2 million military children have experienced a parental deployment since 9/11. 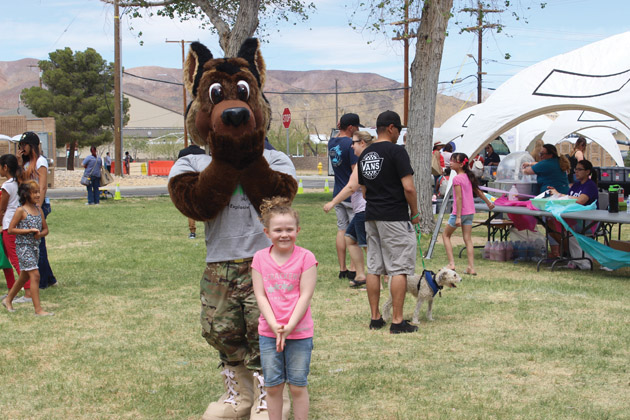 Appointment cancellation? Be sure to call It In! Don’t be an appointment “No Show”