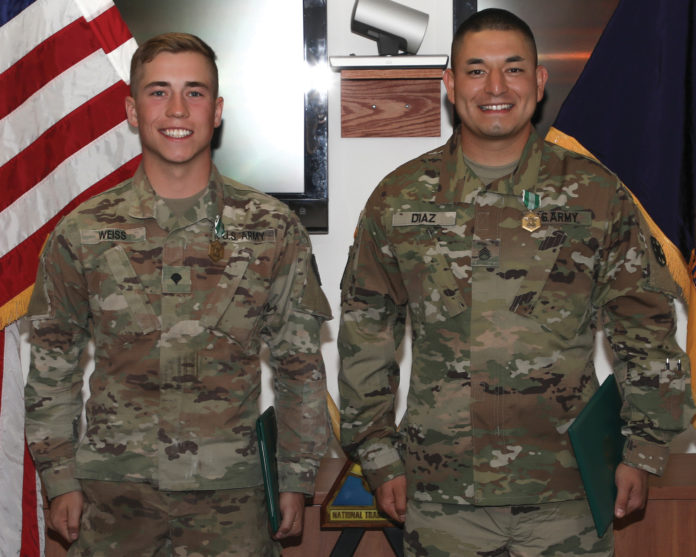 FORT IRWIN, Calif. — The winners of Fort Irwin’s Non-commissioned Officer (NCO) and Soldier of the Year competition are Staff Sgt. Saul Diaz and Spc. Steven Weiss. The National Training Center’s version of the competition was June 26-27 and both winners are a part of the Operations Group’s Dragon Team. The annual competition tests soldiers’ physical and mental strength in a two-day competition that includes an Army physical fitness test, packing list layouts, an obstacle course, M9/M4 qualification, gunnery skills test (GST-disassembling a weapon), day and night land navigation, mystery event (NBC), unknown distance ruck march carrying 55 pounds or more, and even a written exam board. The next step will involve four weeks of training, before going to compete at the FORSCOM NCO and Soldier of the Year competition on August 15 in Fort Bragg, North Carolina.