FORT IRWIN, Calif. — Dozens gathered outside the National Training Center headquarters on the Fourth of July for a 50-cannon salute in observance of Independence Day. The Operations Group Wolf Team fired the cannon rounds as the song, “Proud to be an American (God Bless America)” played in the background.

The Family and MWR also welcomed hundreds of people to Army Field that night for games, activities, inflatables, music, food, gifts and, of course, a fireworks show. The Garrison Command Team thanked the community for their support and participation. Increased wind led to safety concerns, so the show was cut a bit short but no one seemed to notice.

“Hands down, best fireworks show ever put on by an MWR!” said Patrick Lee.

Isabel Garcia Schmitt commented on Facebook, saying, “We were so close we said to the kids, ‘that was a treat- you will probably never be that close ever again in your life.’ It was amazing.” 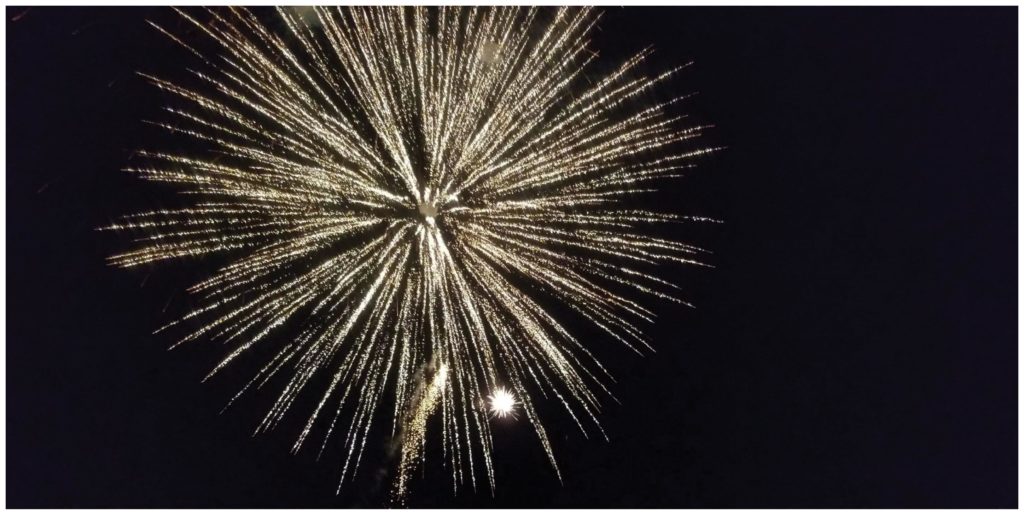 The Garrison Command team is reviewing the venue and vendor for future events involving fireworks. NTC has not held a fireworks show over the last two years because the summer opportunity/block leave has fallen during the holiday and many soldiers and families are vacationing during that time. This year, the Fourth of July fell during the beginning of a training rotation.