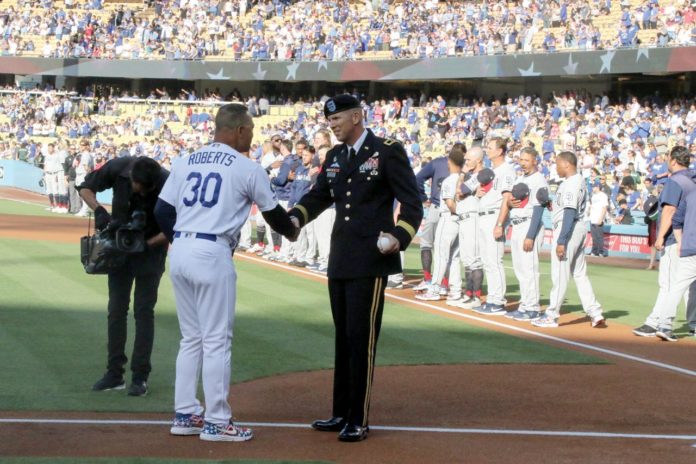 LOS ANGELES — Garrison’s Command Sgt. Maj. Robert Edwards was honored as the Hero of the Game during the Los Angeles’ Dodgers’ baseball game during Father’s Day weekend. The team thanks and pays tribute to the men and women of the nation’s armed forces, by honoring a military hero of the game during the season. Edwards is a native of Columbus and joined the U.S. Army in 1995. He has deployed six times and received five bronze starts, four meritorious commendation awards, five Army commendation awards and 11 Army achievement awards, among others. A slideshow of photos featuring family and friends scrolled on the big screen as Edwards took to the field for his recognition. The Dodgers said they appreciate the military’s service, sacrifice and dedication to America.