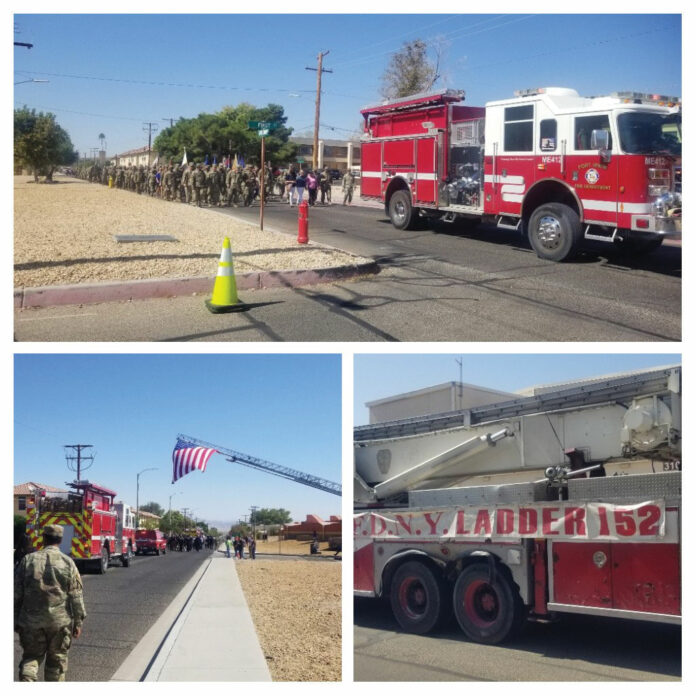 FORT IRWIN, Calif. — The Directorate of Emergency Services, the Religious Services Office and the 9/11 Memorial Foundation hosted a September 11th ceremony in observance of the 18th anniversary of the attacks on Sept. 11, 2001. The community came out to honor those who served and lost lives in the coordinated attacks of New York City’s Twin Towers, the Pentagon and a hijacked plane that crashed in Pennsylvania.

Participants held a remembrance walk, viewed videos, heard speeches and listened to middle and high school essay winners who wrote about why 9/11 is still important, even though they weren’t alive when it happened. The National Training Center contains one of only three, existing ladder trucks from Ground Zero, which is NYC Ladder #152.