FORT IRWIN, Calif.  — Nearly 80 key leaders and influencers came to the National Training Center/Fort Irwin on Oct. 25 and 26 to learn how the Army prepares its soldiers for missions across the globe. The Distinguished Visitor (DV) Immersion Box Tour flies guests from across California and Las Vegas on Blackhawk helicopters. They land at the Painted Rocks, get a bus tour of Fort Irwin and then go to Razish to learn about and experience the training conducted at the Army’s premiere training center. Brig. Gen., David Lesperance, commanding general of the NTC, provides a briefing, guests view a mock, live combat demonstration, eat meals ready-to-eat (MREs) and then  participate in a simulation with full gear that includes clearing buildings and firing several, different kinds of weapons and learn about the military tanks and vehicles through static displays. They also have the opportunity to engage spouses about their experience. 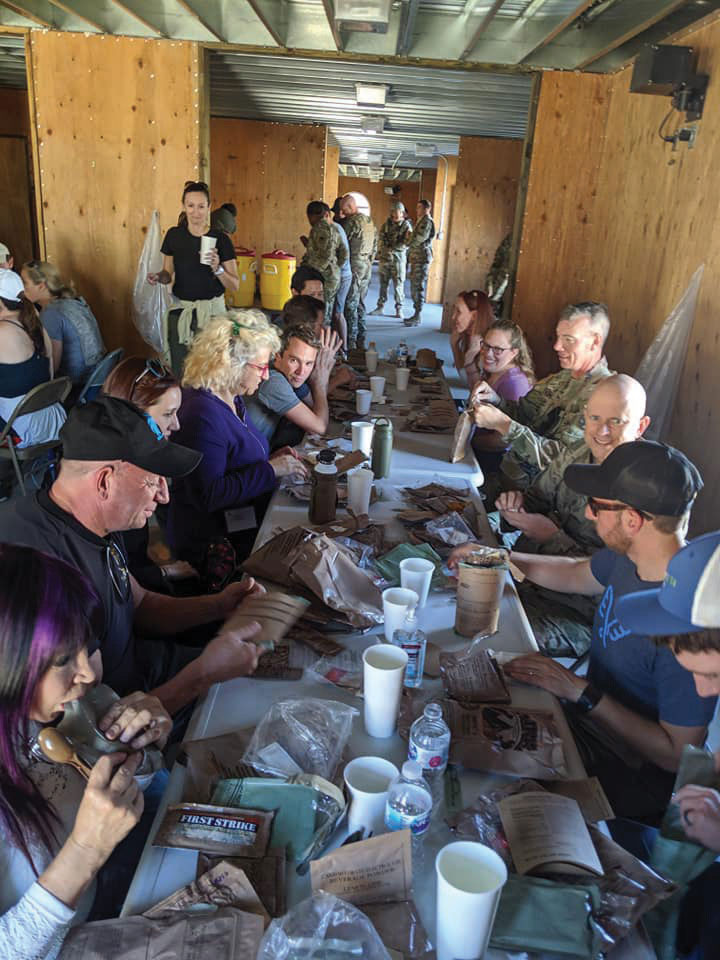 Eli Lehrer was one of the guests and is president of the History Channel. He enjoyed being able to hear from military leaders.

“I thought it was incredibly important because we (civilians) don’t have enough understanding or interaction with the military and to have the opportunity to get to interact with them up close and really learn about what they do, it’s incredibly powerful,” he said. “It was incredibly powerful to see the leaders and the way they approach things and on top of that, I rarely get the chance to fire machine guns, so that was pretty cool, too.” 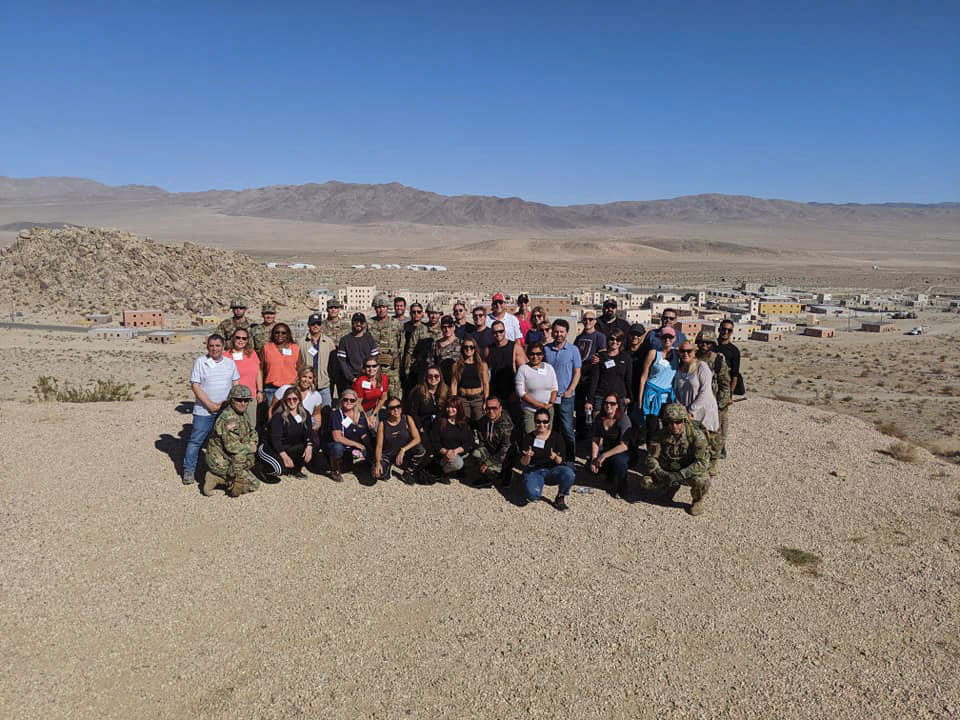 Tara Campbell, mayor of Yorba Linda and the youngest female mayor in the country, called the soldiers and spouses “heroes.” She said she has more respect for military families now and talked about her favorite part of the day. 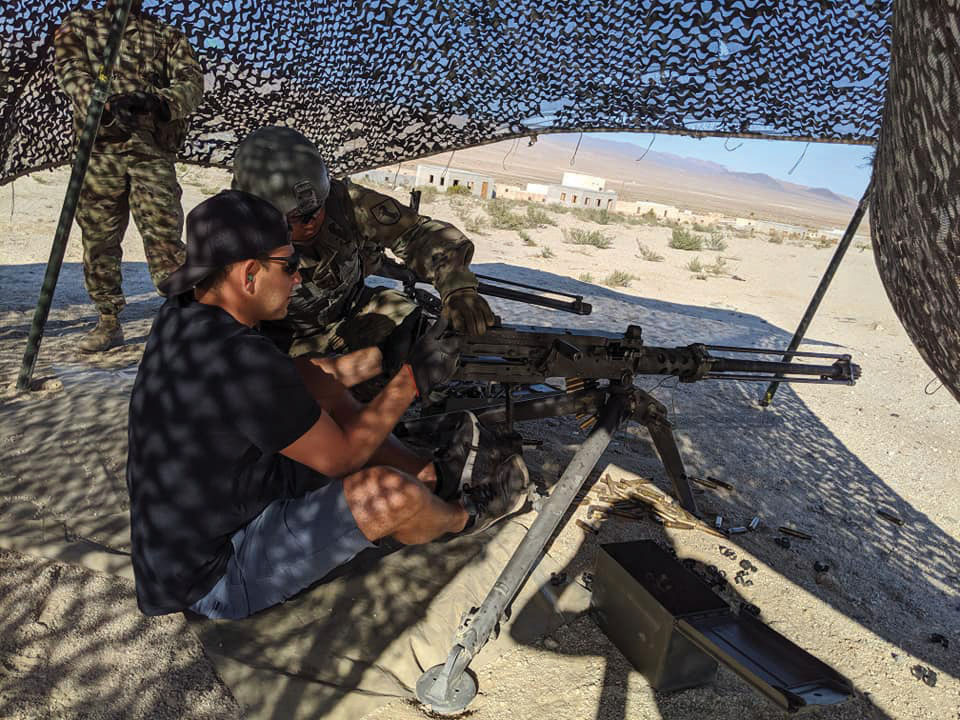 “Honestly, getting to talk to the general and all of our Army personnel, but also flying in a Blackhawk, it was my first time,” Campbell said.

Matt Nix is a producer/director for shows like USA Network’s Burn Notice and the Fox series, The Gifted. He said the experience helps him with his job.

“It’s super fun and I think as a television writer/producer, sometimes it’s easy for people to write and talk about the Army as if it’s a thing, rather than talk about it as a what it is—people who are doing a tough job and doing it very well, so any opportunity that I get to interact with military people one-on-one and ask them their stories, I feel makes me a better writer and hopefully a better American,” Nix said. 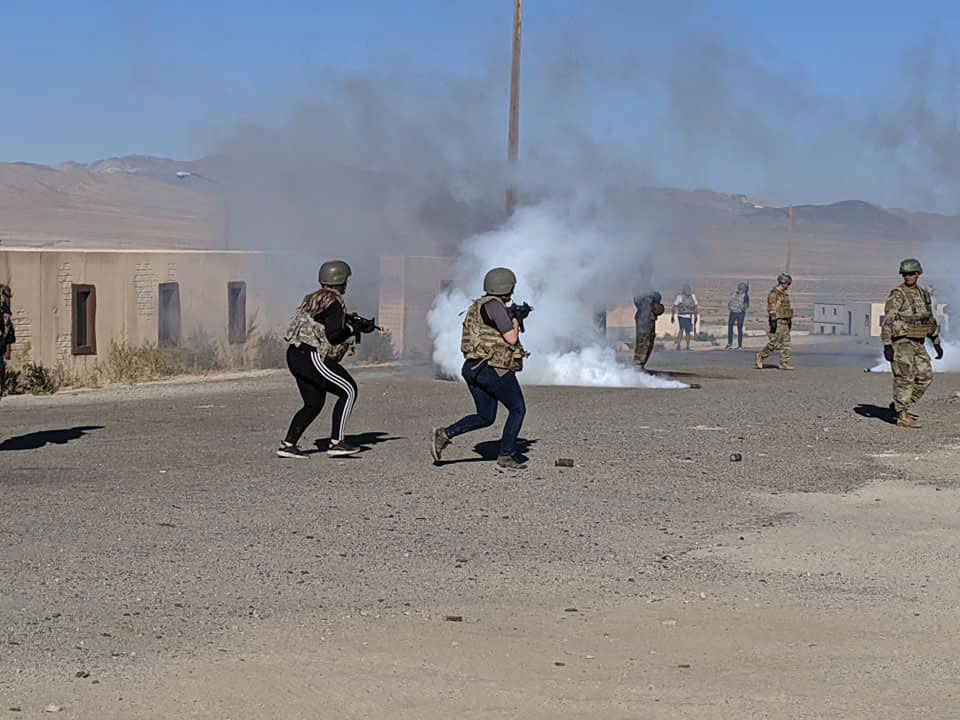 The Box Tour brings in VIP guests with three, main goals: bridge the gap between corporate America and the Army; increase public awareness of the Army through engagements with civic, corporate, academic and government audiences; and telling the Army story. 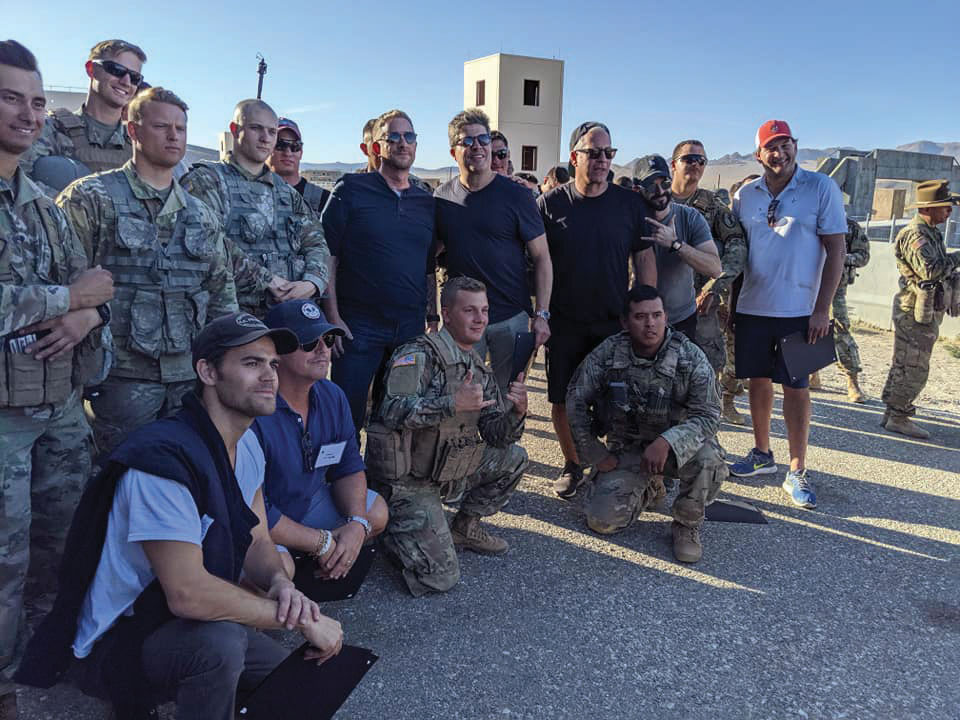 Other distinguished visitors over the two days, included an HBO manager, the show runner for Netflix’s Orange is the New Black, martial artists/actors, a writer/executive producer from the Handmaid’s Tale; an actor/producer/director with the Vampire Diaries, Smallville, 24 and Medal of Honor; NFL Network reps; elite athletes and fitness social media influencers; Kap-ital Productions (produces shows for CBS, Netflix, Amazon, Showtime, MTV, ABC, FOX and HBO— shows include Life in Pieces, American Housewife, and The Chi); MGM and restaurant reps; two of the top, talent agencies in the world (WME Talent agency & United Talent Agency); the president of Fox 21 Studios; a film investor from the Reynolds Wrap family, president and producer of the MET fashion week and several other Emmy Award-winning producers and directors, as well as about a dozen CEO’s. 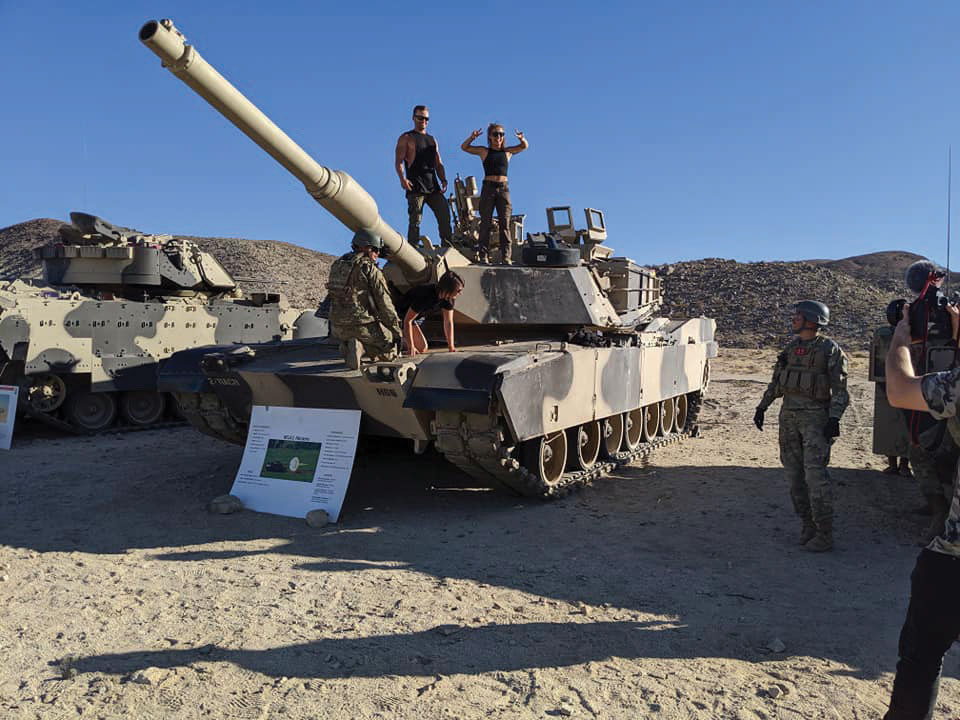 Cynthia Rothrock is a martial arts action star and coach and she said firing the “big guns” was her favorite part of the day.

“You know you can only imagine when you see it in films but just to do that little bit of training, God bless everyone one of them and you know I’m just so thankful to them for serving our country but to experience right at hand what they do, all the way down to the meals, was just awesome— it was a great experience, one I’ll never forget,” Rothrock said. 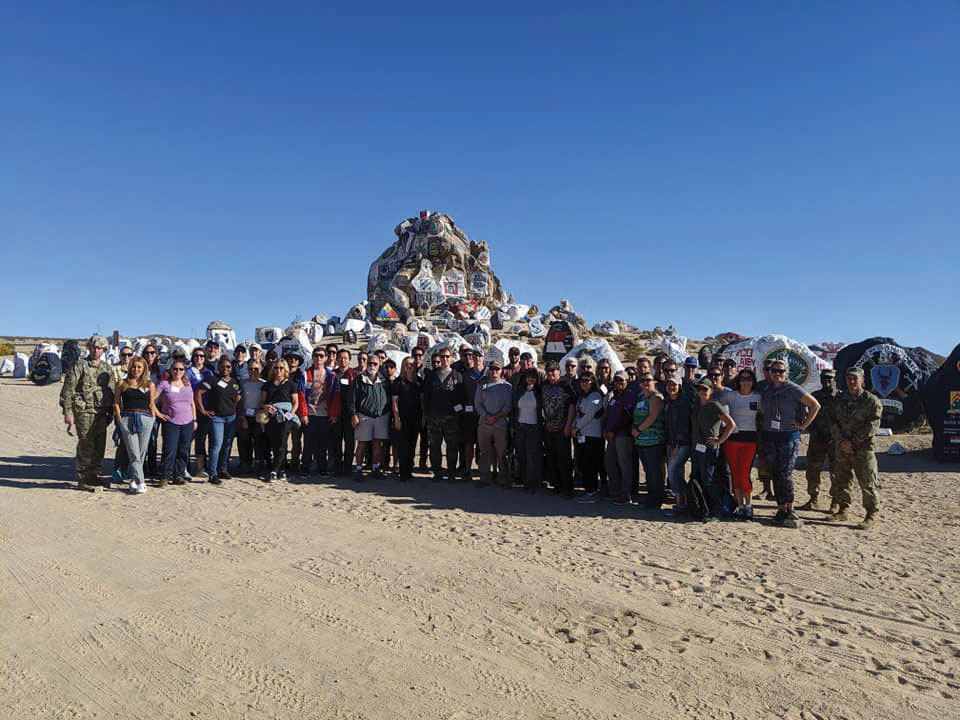