The day began as dozens of High Desert community members and organizations gathered at the Mountain View Memorial Park Cemetery in Barstow to show their support to our nation’s veterans.

NTC’s Commanding General, Brig. Gen. David A. Lesperance, addressed more than 100 veterans, Soldiers, Marines and community members to honor past and present veterans, as well as to commemorate the 75th anniversary of D-Day and the beginning of the liberation of Western Europe during World War II.

During his remarks, Lesperance highlighted the efforts and contributions of veterans who fought on the beaches of Normandy, in addition to the tremendous support system of personnel that was present in order to claim victory.

“Every person was important in winning that war, just like every person is important in today’s Army,” he said. “An enormous support system existed to help us win that war— whether it was the cryptographers, parachute riggers, mechanics, or electricians— they allowed us to be successful during World War II.”

Emphasizing the impact veterans had as they returned home from the war, Lesperance said, “Our nation’s veterans throughout our history kept us free, returned home and continued to serve our nation in a multitude of ways. They continue to serve our communities by making positive contributions, building stronger futures and inspiring future generations. Today, we say thanks to them all.”

The Mountain View Memorial Park Cemetery commemoration concluded after several organizations laid wreaths at the foot of the cemetery’s veterans’ monument and a rifle squad from the 11th Armored Cavalry Regiment fired a 21-gun salute as “Taps” was played by a bugler.

After the observance, leadership from the National Training Center and Fort Irwin spent the remaining afternoon having lunch, sharing stories and honoring veterans at the Barstow Veterans Home of California.

Representatives from NTC/Fort Irwin also participated in three, other Veterans Day events across the High Desert. The 916th Commander, Col. Kenneth Bradford and Command Sgt. Maj. Jason Decker and soldiers from their unit participated in the Palm Springs Parade; a color guard from the 11th Armored Cavalry Regiment joined the city’s 23rd annual Victorville Parade as several hundred community members gathered curbside to celebrate and pay tribute; and the MEDDAC Chaplain was included in a ceremony at the General Patton Museum tribute. 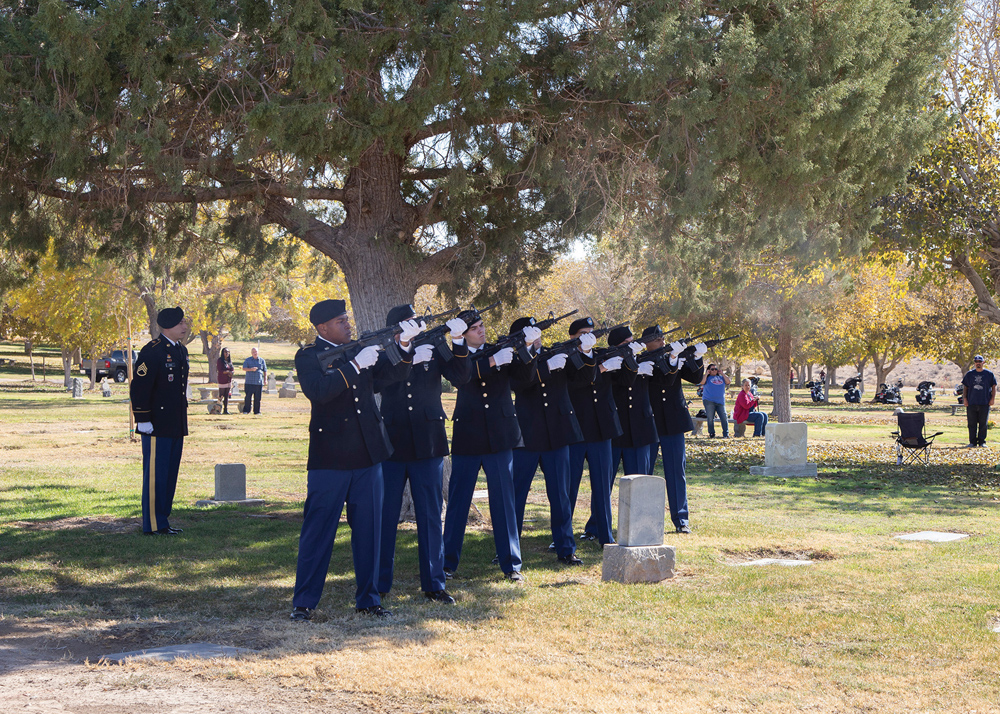 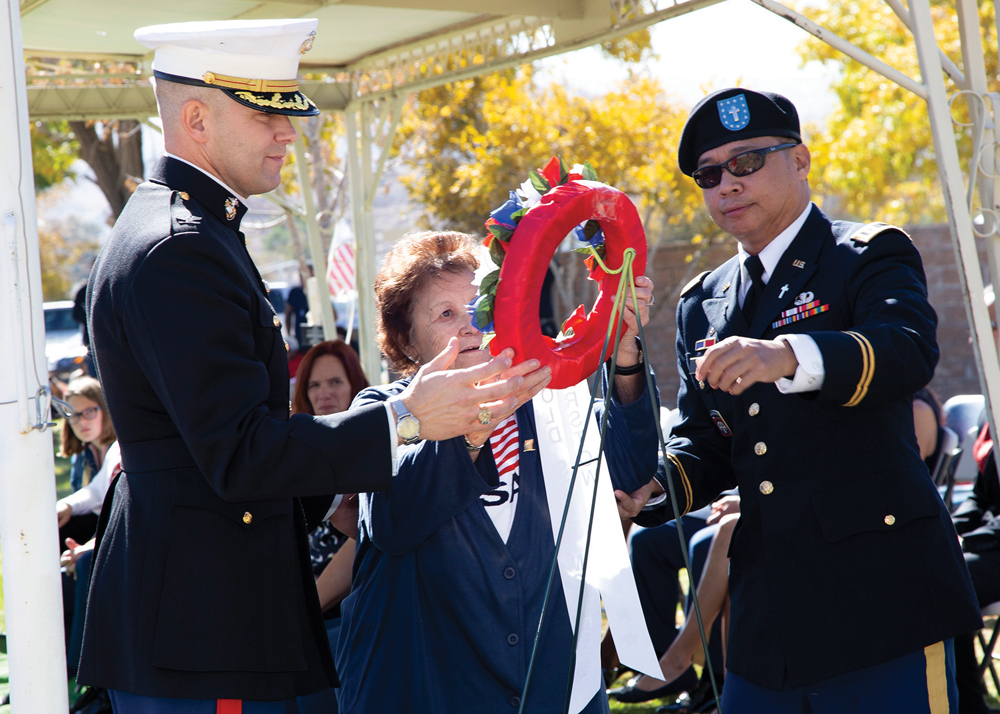 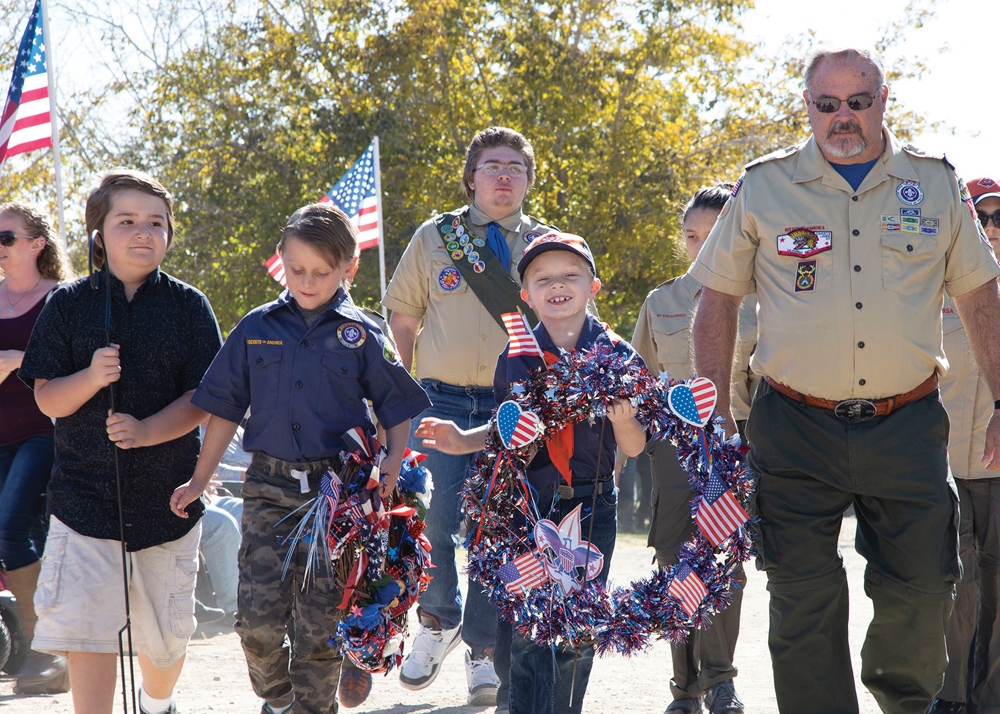 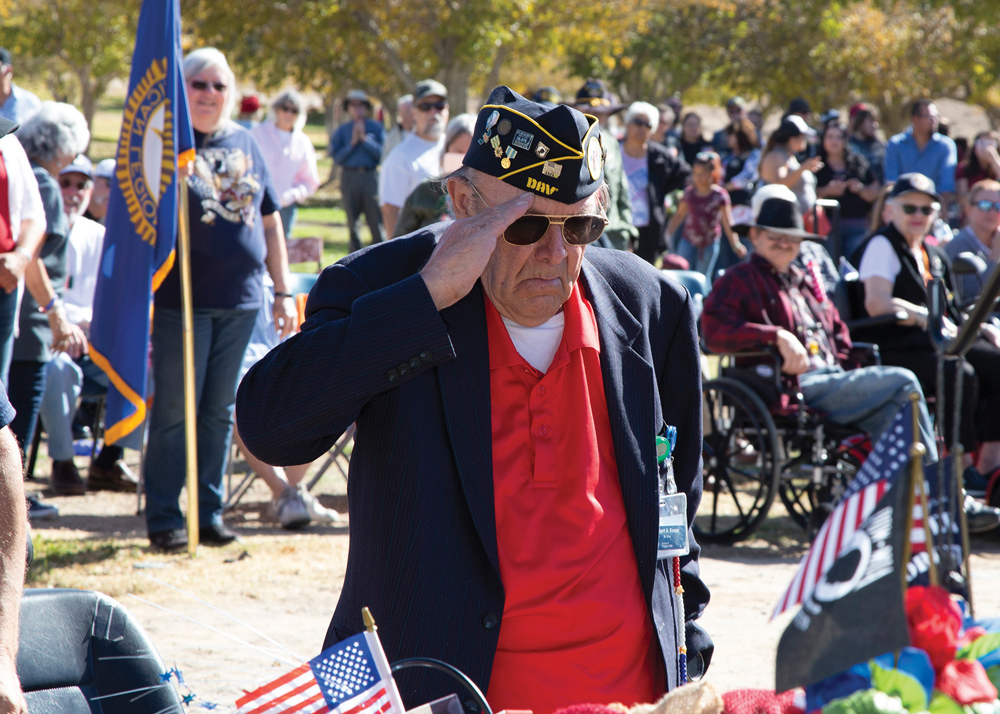 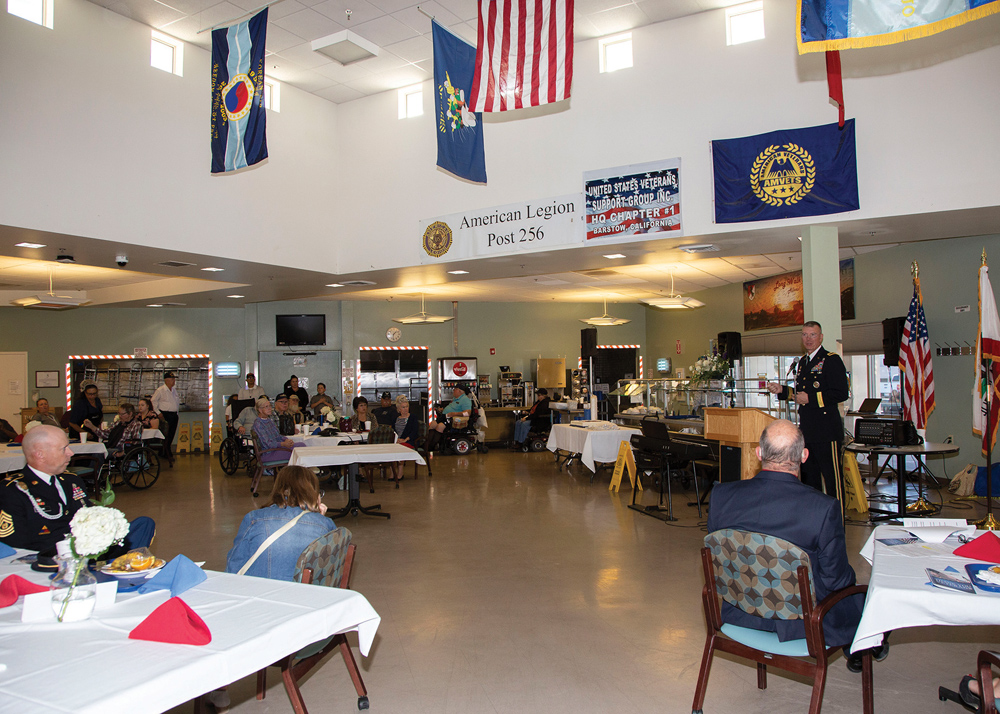 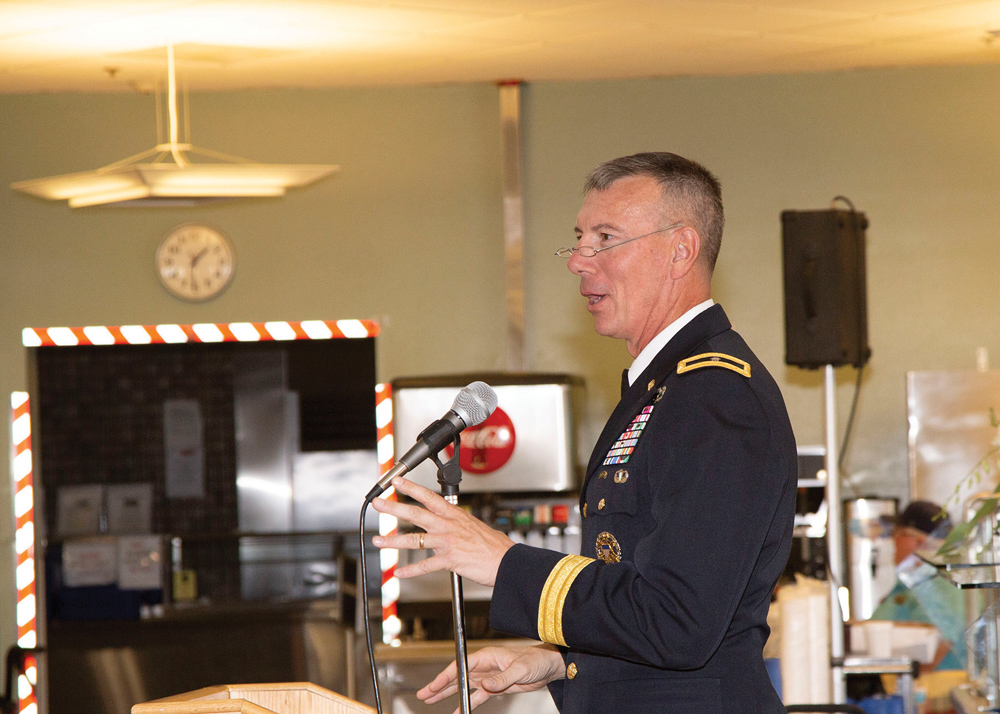 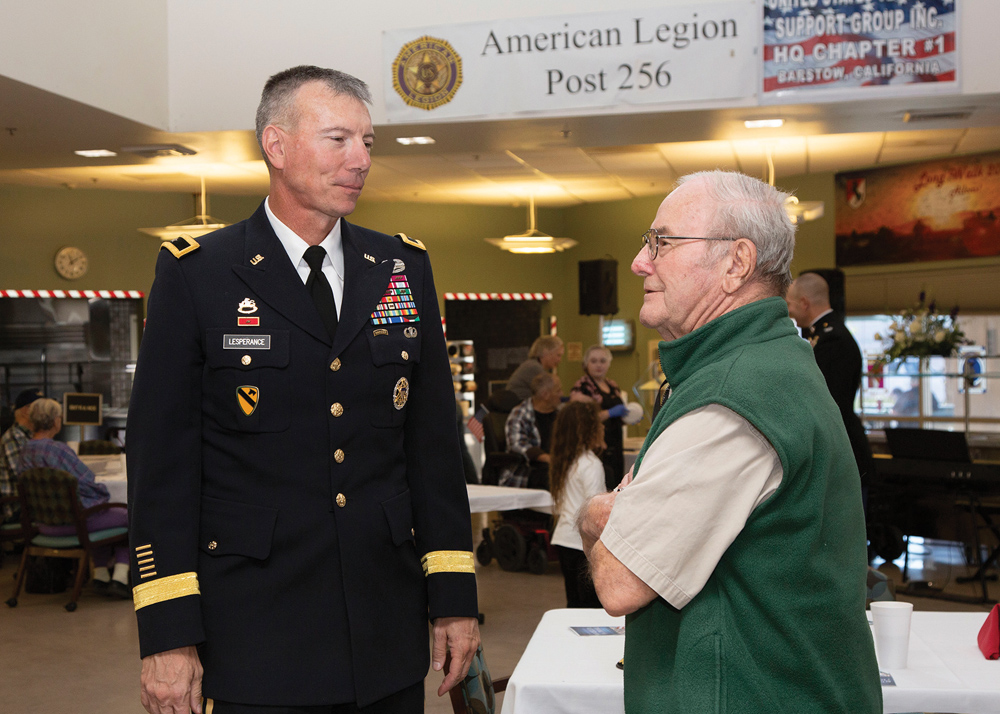 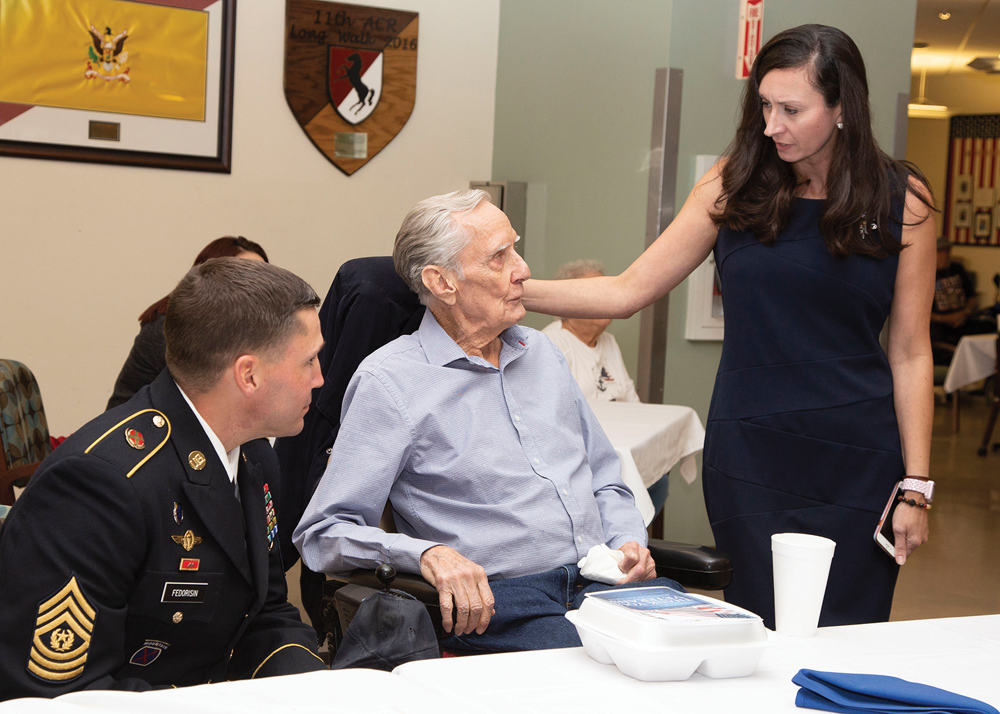 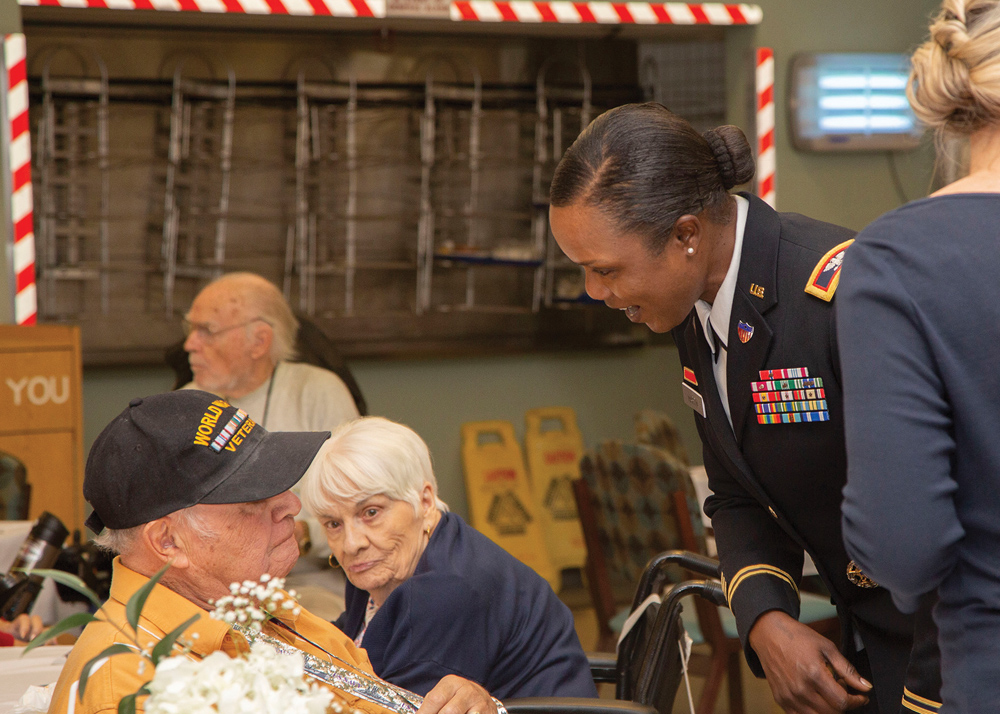 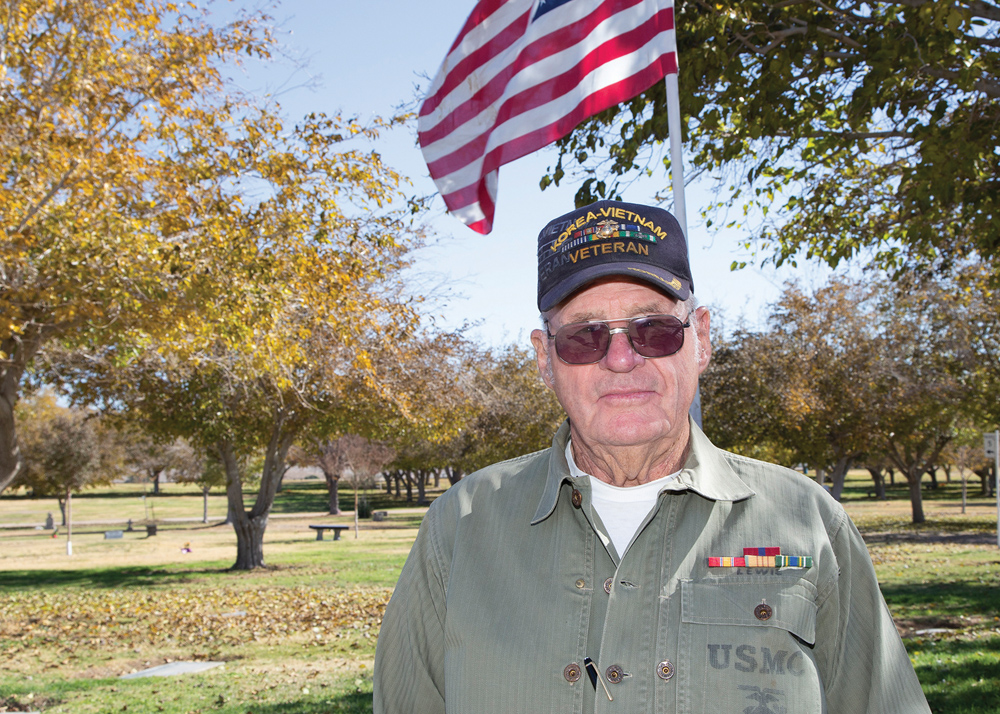 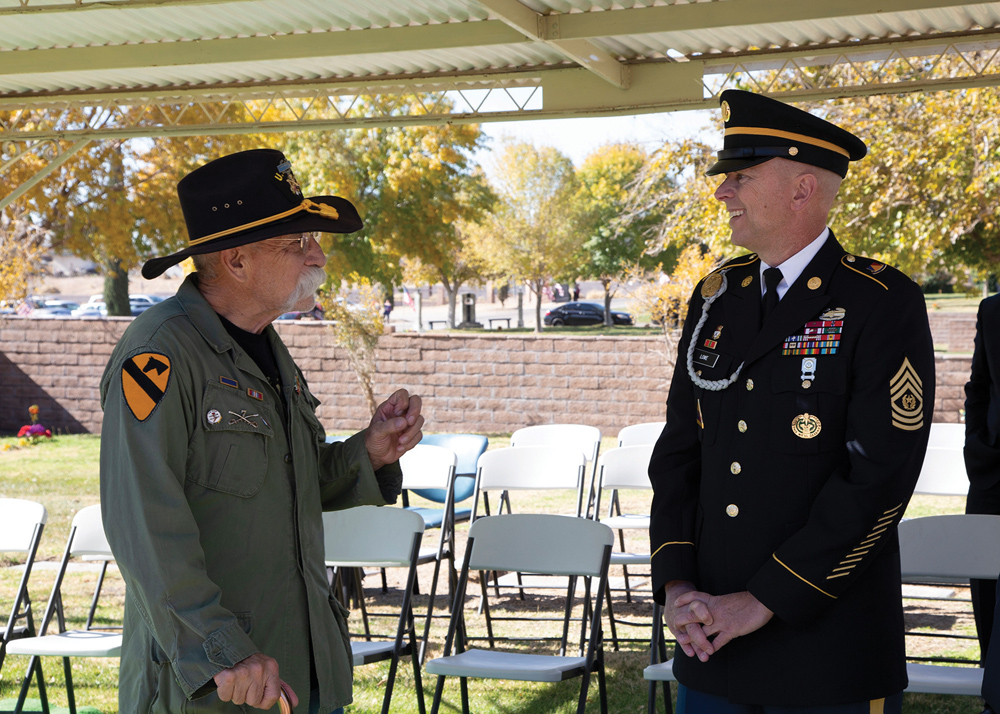 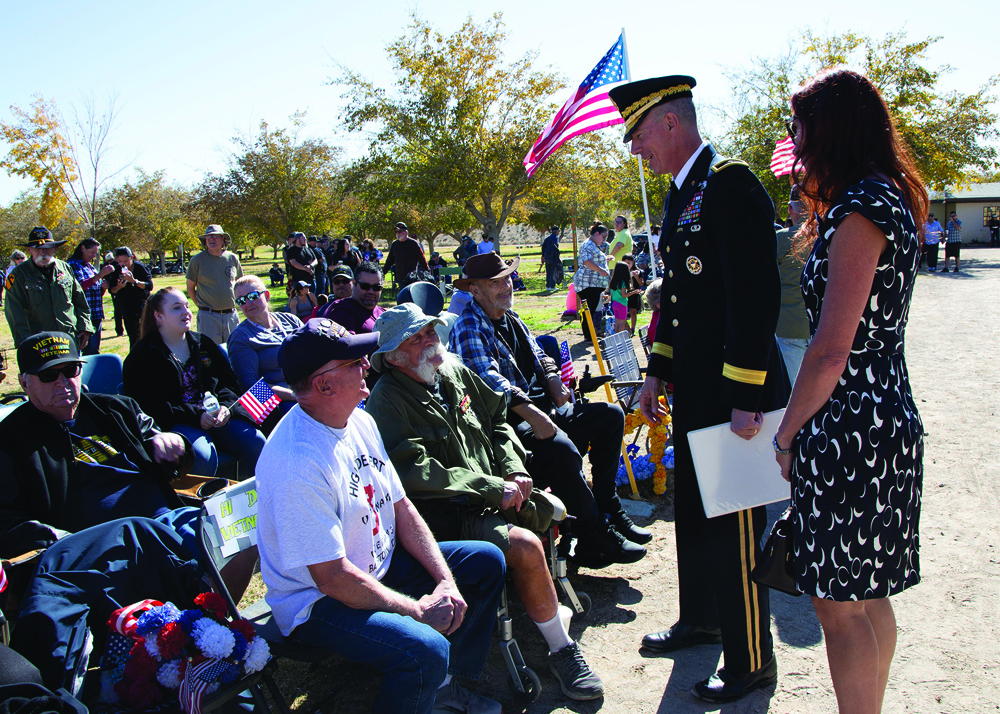 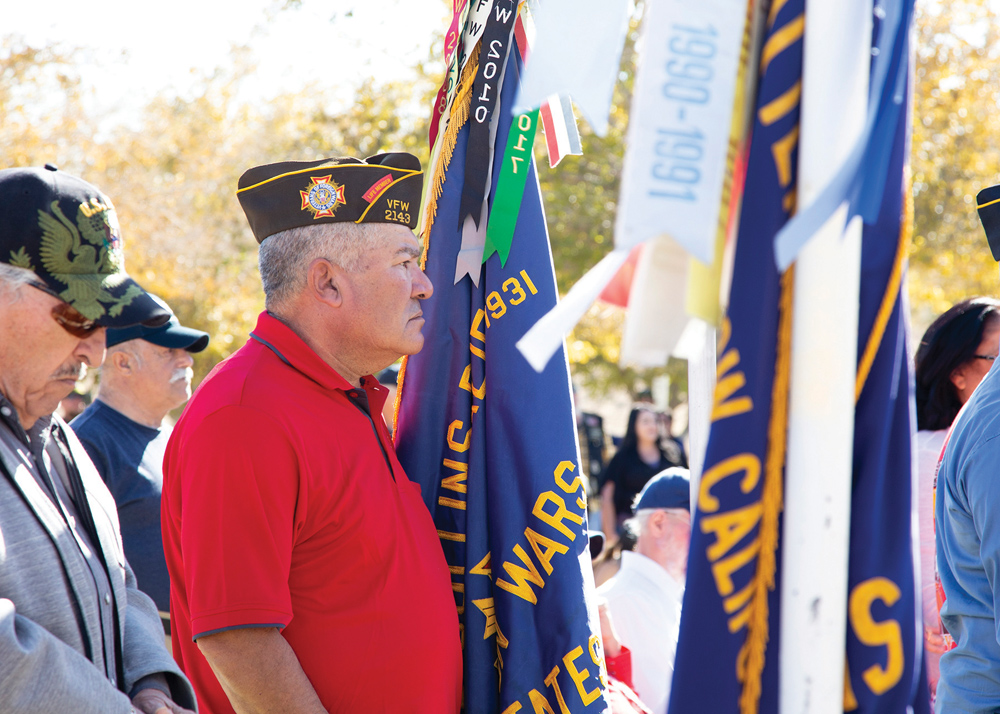 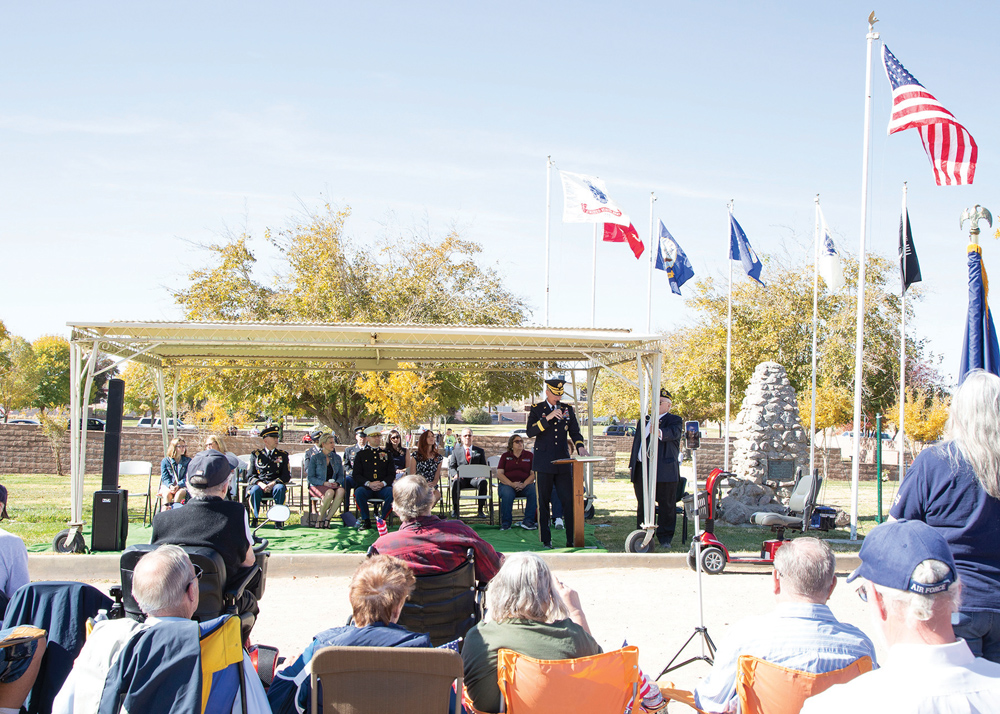