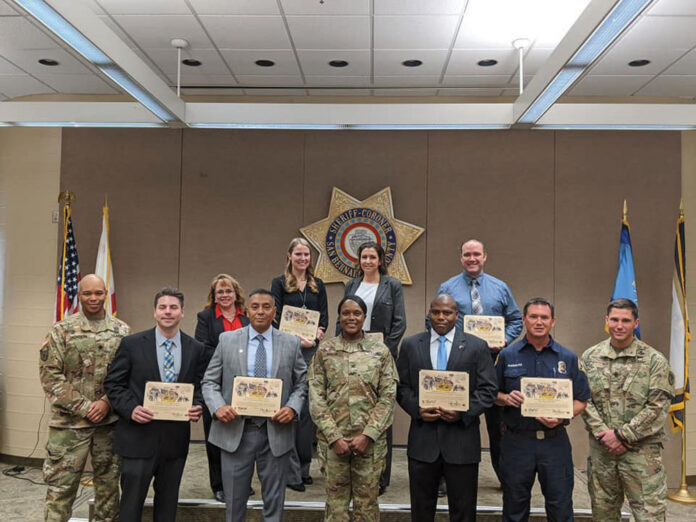 The recognition came, following the participation of both sheriff’s offices during the Sept. 18, 2019, full scale exercise at the National Training Center/Fort Irwin.

“When the time is called, those of us who are here to serve are ready and we move out to the sound of gunfire every day,” Jackson said.

Martin and Jackson thanked the sheriff offices for pulling staff to assist with the full-scale operation, saying coordinating the best times for a complex operation and can be difficult, but Fort Irwin could not have done it without their help.

“Bringing in players from other agencies and having inter-agency cooperation and coordination– that’s when you know you’re really starting to plan and think at a higher operation level,” Jackson said.

New pediatric dentist on post, new Dental Clinic to open in May