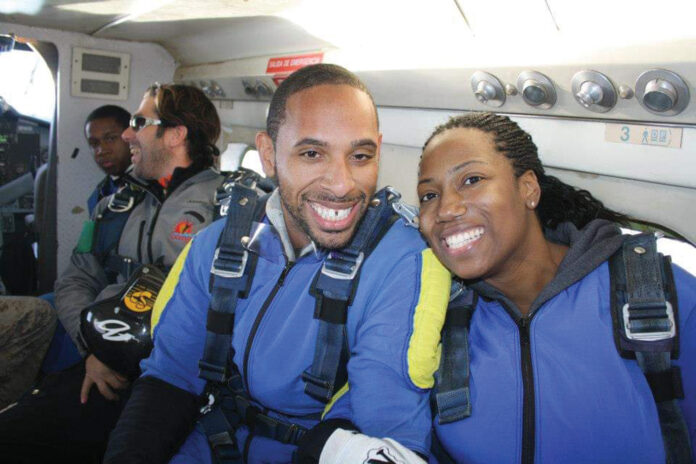 FORT IRWIN, Calif.  — For families who have lost a loved one who wore the uniform, whether in combat or by other circumstances, they all have something in common— they’ve felt the pain of losing a loved one who served this country, but will never come back home.

Since June 23, 1936, after the passage of a joint congressional resolution, our nation has recognized the last Sunday of September as Gold Star Mother’s Day. Amended in 2011, President Barack Obama included the recognition of all Gold Star family members on this day.

In 1947, Congress approved the use of the Gold Star Lapel Button to recognize the families of service members who lose their lives while engaged in action against an enemy of the United States. In 1977, the Army approved issue of the Lapel Button for the Next of Kin of Deceased Personnel to honor those who lose their lives while serving on active duty or while assigned in a Reserve or National Guard unit in a drill status.

For Kenesha Mitchell, that moment came on June 11, 2016, in Harker Heights, Texas. Her husband was taking an unusually long time to come home from physical training with his unit. Moments later, there was a knock at the door by her husband’s leadership.  They informed Mitchell that her husband, Sgt. Dougal Mitchell, had been killed in a traffic collision. They had also saved her the painful process of going to the morgue to do the identification.

“I felt like I was drowning,” said Mitchell. “My husband took care of everything related to the military.”

The couple had always lived off the installation during their seven and a half years of marriage, so she really didn’t feel like she was a part of the military family.

“We didn’t talk a lot about his work and had a code word for when he felt uncomfortable talking about deployments,” she said.

Eventually, Mitchell was connected to the Army’s Survivors Outreach Services coordinator, Lori Picard, who gave her the much-needed help on navigating through the processes regarding her husband’s death. It was through SOS that she was given the opportunity to attend a box tour at the National Training Center and Fort Irwin

“Being on the tour gave me an insight on what my husband did in the military and I finally felt the connection,” Mitchell said.

Mitchell is now serving the country in her own way as a 911 dispatcher. She took the worse moment in her life and turned it in to something positive by wanting to help others.