The National Training Center, Fort Irwin, Calif., recently held a ceremony in which four NCOs were recognized with the Sergeant Audie Murphy Award.

The SAMA is an elite award for NCOs whose leadership achievements and performance merit special recognition. The SAMA is a means of recognizing those NCOs who have contributed significantly to the development of a professional NCO Corps and a combat ready Army. Awardees exemplify leadership, characterized by personal concern for the needs, training, development and welfare of Soldiers, and concern for families of Soldiers.

The newest awardees at Fort Irwin are: 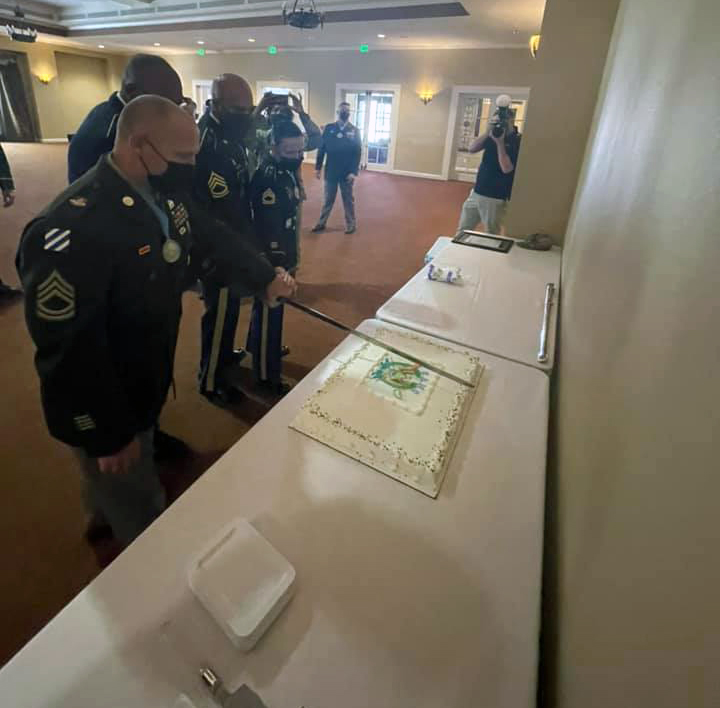