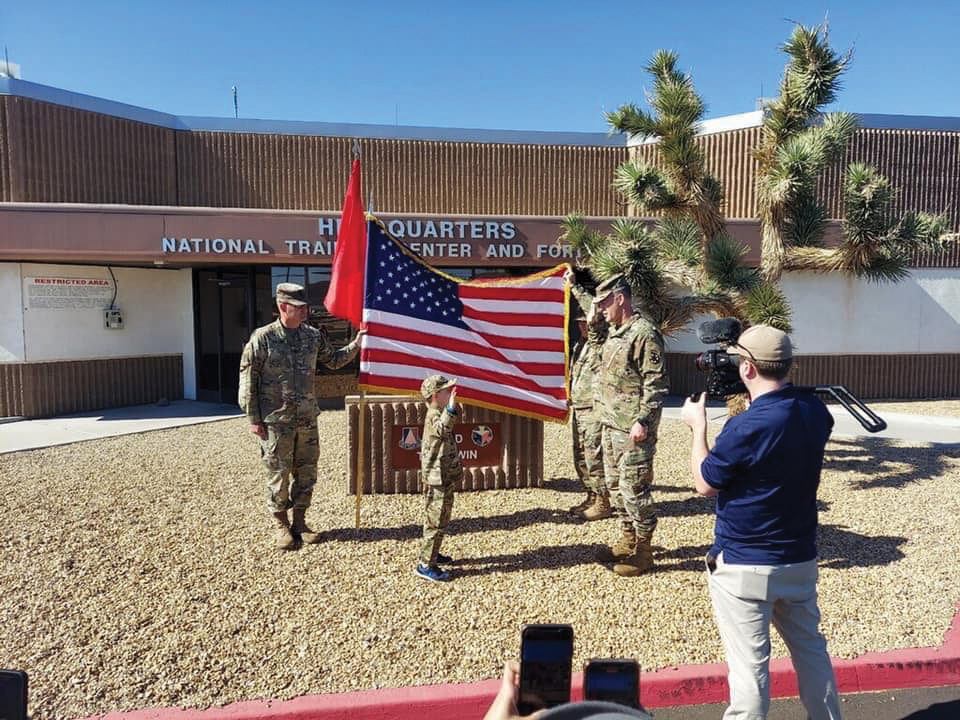 The National Training Center and Fort Irwin made a wish come true for eight-year-old Carson Gardner, as a part of a Make-A-Wish® event on May 24.
Carson has a progressive condition called Duchenne’s Muscular Dystrophy for which there’s no known cure, and wanted to be a soldier for a day– shadowing an Army leader, conducting drills and riding in a military tank.
The 11th Armored Cavalry Regiment, along with the 916th Support Brigade provided a full day of activities for Carson and five of his family members. The day began with a meet and greet with the Commanding General of the NTC/Fort Irwin, Brig. Gen. Curtis Taylor where Carson was promoted to 2nd Lieutenant. Carson went on to be promoted throughout the day at each of his stops, culminating with the final rank of Colonel by 11th ACR Commander, Col. Todd Hook. 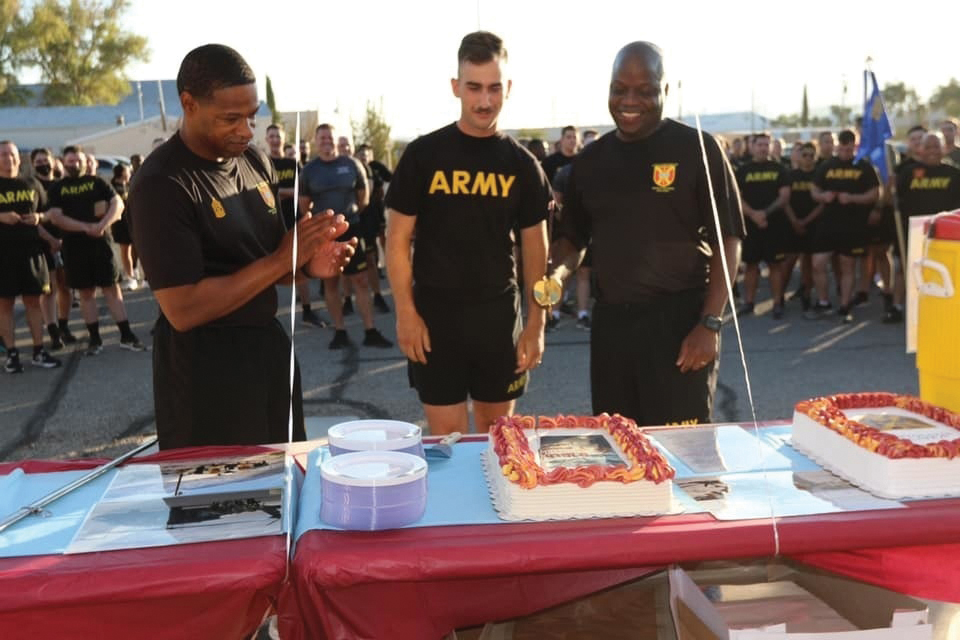 The 916th Support Brigade kicked off a multiday birthday celebration with a Esprit De Corps Run and an organization day as the Brigade turned 24 on Sept. 16. Activated in 1997, the Brigade provides support to the National Training Center, sustainment for rotational units, and trains forces for worldwide contingency operations. The Brigade is also heavily involved in every aspect of training rotations.
During the past few years, the Brigade has seen some notable achievements while undertaking their daily routine of sustaining the force. “There are countless things Sergeant Major and I are proud of when we reflect on the past year,” Brunson said. 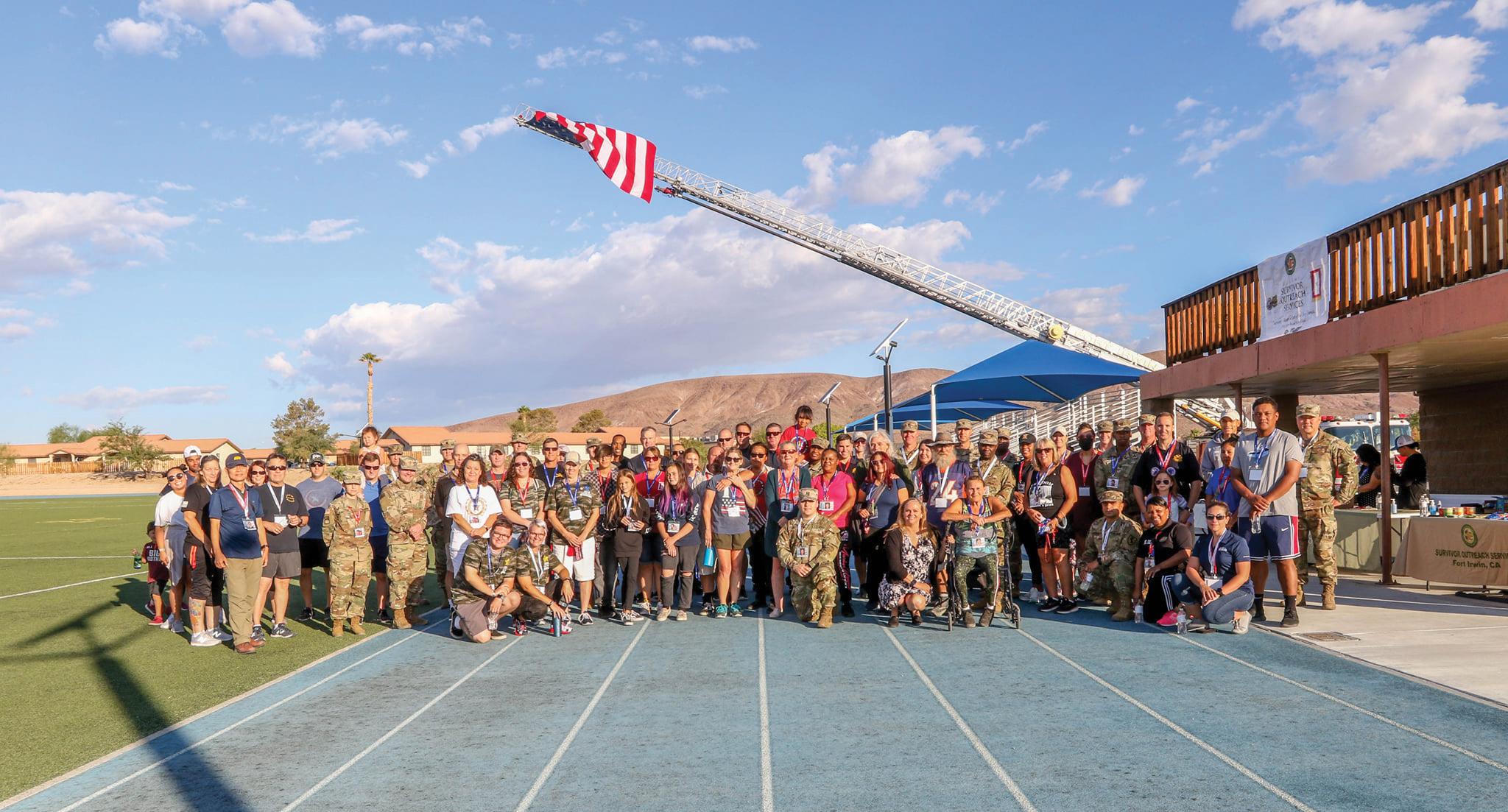 Fort Irwin’s Survivor Outreach Services held a run/walk on Sept. 18, to honor and remember Gold Star Families.
Often called “an honor no one wants”, the practice of replacing blue stars with gold stars on Service Flags after the death of a loved one began during World War I. It was not until 1936 did the United States begin observing Gold Star Mother’s Day on the last Sunday of September.
For Lori Picard, Fort Irwin’s Survivor Outreach Coordinator, this event is crucial for both Fort Irwin and Gold Star Families. “All of the families were pleased on how their loved ones were honored and remembered during the event,” said Picard. “Events like this signify that Gold Star Families are still part of the Army Family and are always welcome here on
Fort Irwin.” 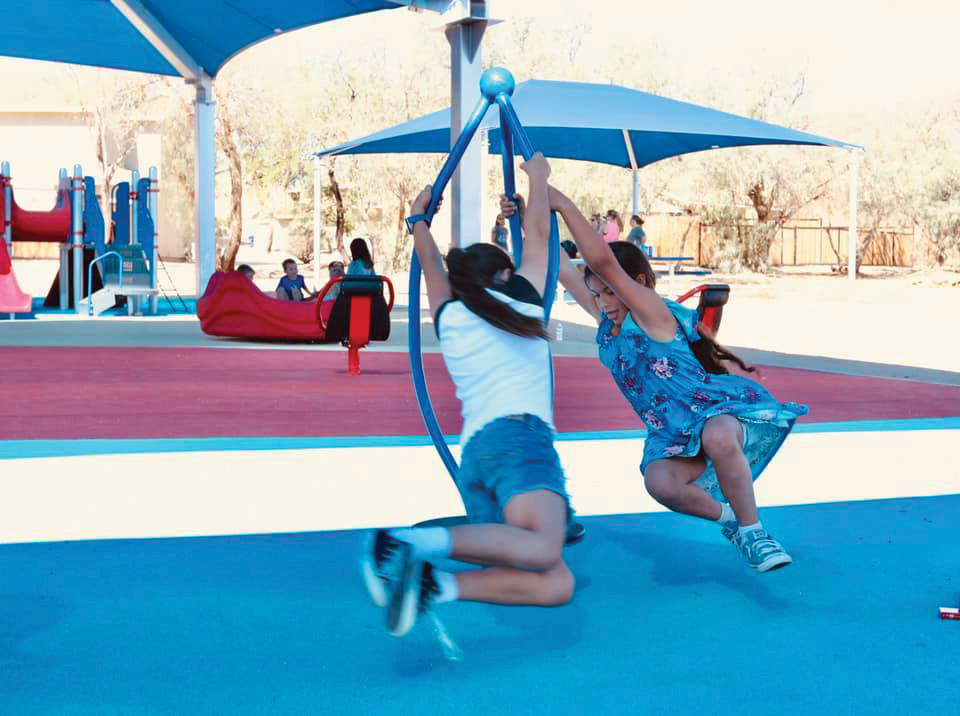 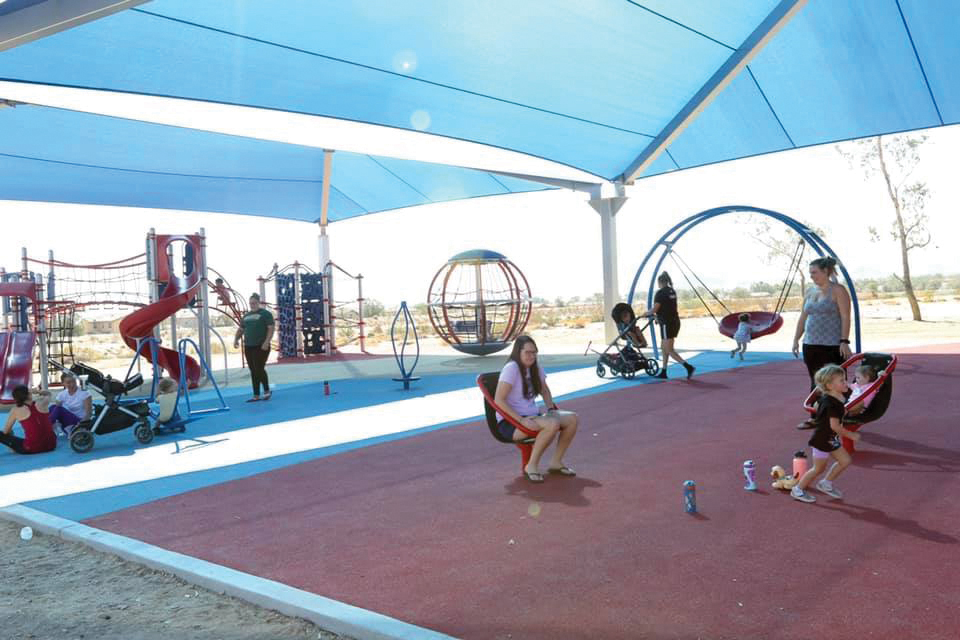 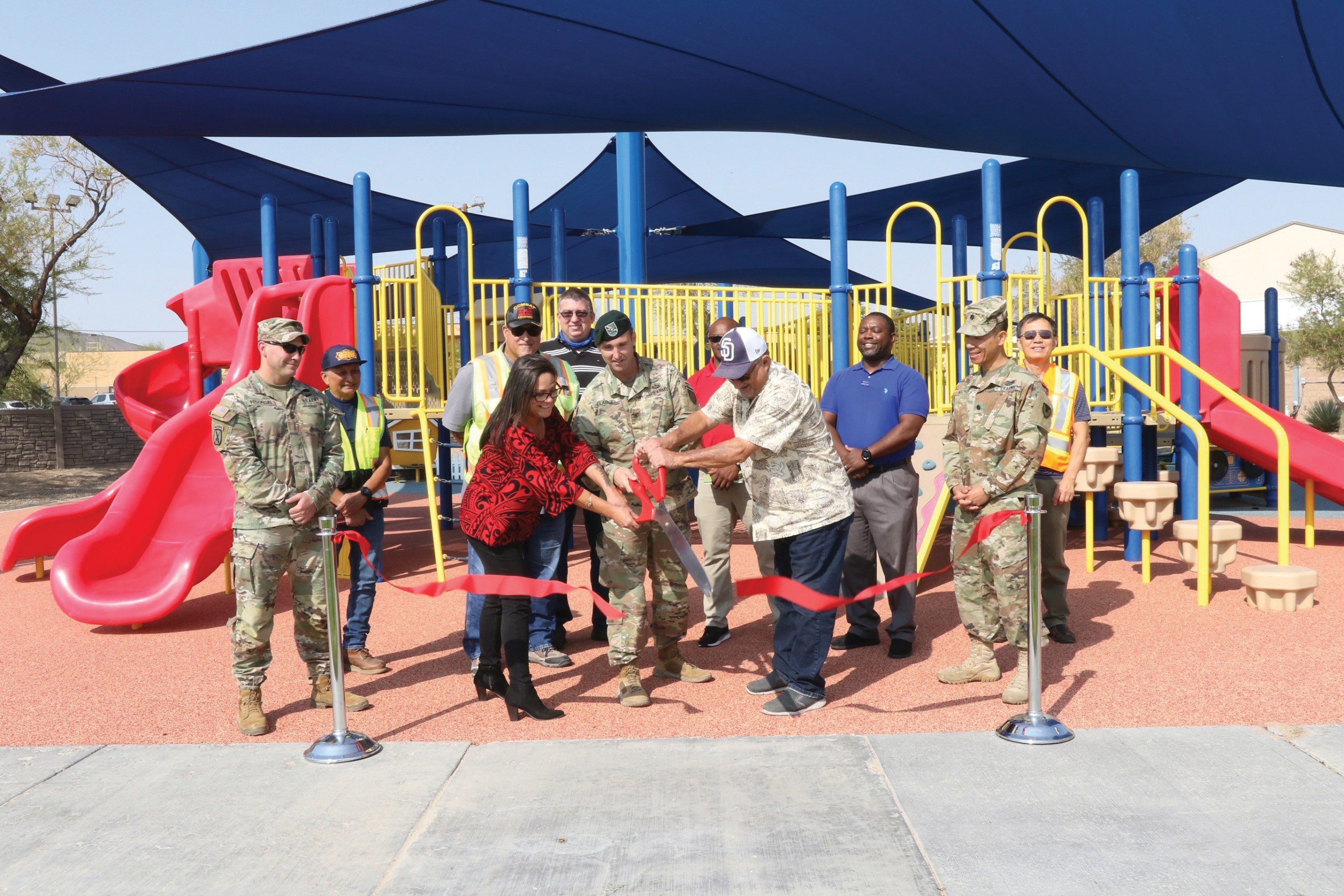 The Fort Irwin Garrison Command Team alongside the Department of Public Works and Aloha Construction Services hosted a ribbon-cutting ceremony opening multiple community playgrounds across the installation, on Sept. 20. 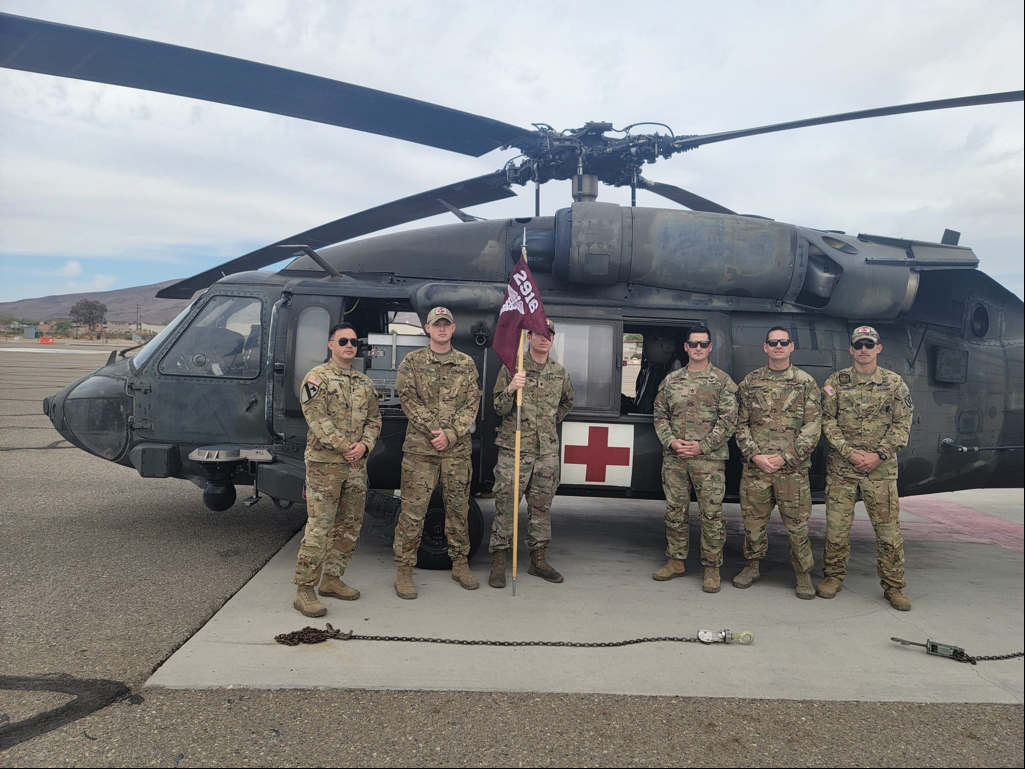 A MEDEVAC crew from C Company, 2916th Aviation Battalion “Desert DUSTOFF” rescued a Naval Aviator shortly after the pilot’s F/A-18F Super Hornet crashed in Death Valley National Park, California on Oct. 4. The flight crew for the rescue operation consisted of a pilot, co-pilot, crew chief, flight paramedic, as well as a Fort Irwin Firefighter Paramedic.
Upon reaching the crash site at Death Valley National Park, the paramedics rendered care to the Aviator for possible fractures and lacerations. The wounded patient was in stable condition on the scene and was then transported for treatment at Sunrise Hospital and Medical Center in Las Vegas.

2021 brought a lot of change to Fort Irwin. The easing of pandemic related mitigations allowed the installation to bring back the 4th of July Spectacular, Oktoberfest, and most recently a country music concert.

What to look out for in 2022: More awesome programming from Fort Irwin Family and MWR
In terms of infrastructure upgrades, the installation saw the opening of multiple community playgrounds, a renovated Paws & Claws, the grand opening of multiple business, and the RV park upgrades.

What to look out for in 2022:
Starbucks with a drive-thru
A new 24-hour shopette
A new library
A renovated Sam Adams
and much more! 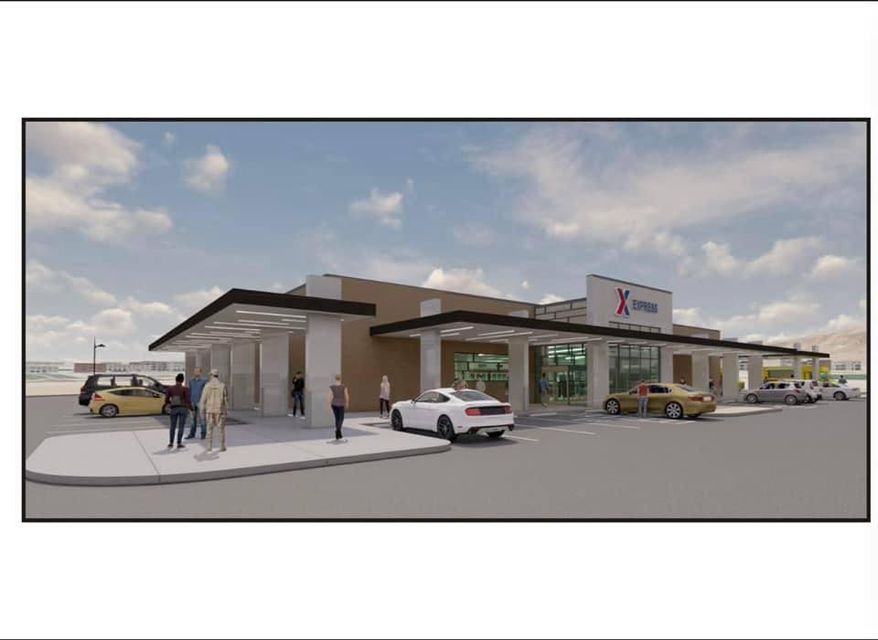 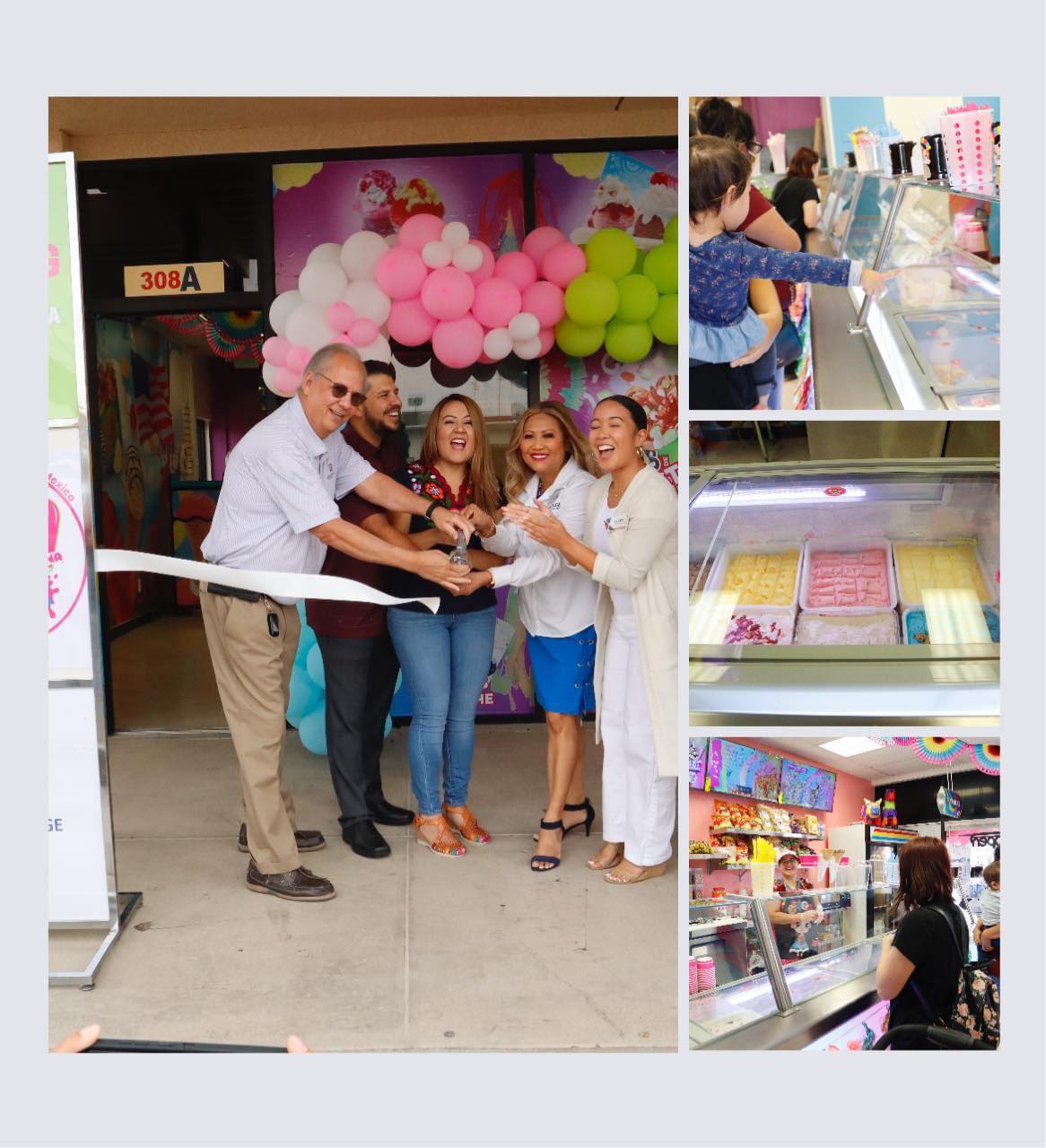 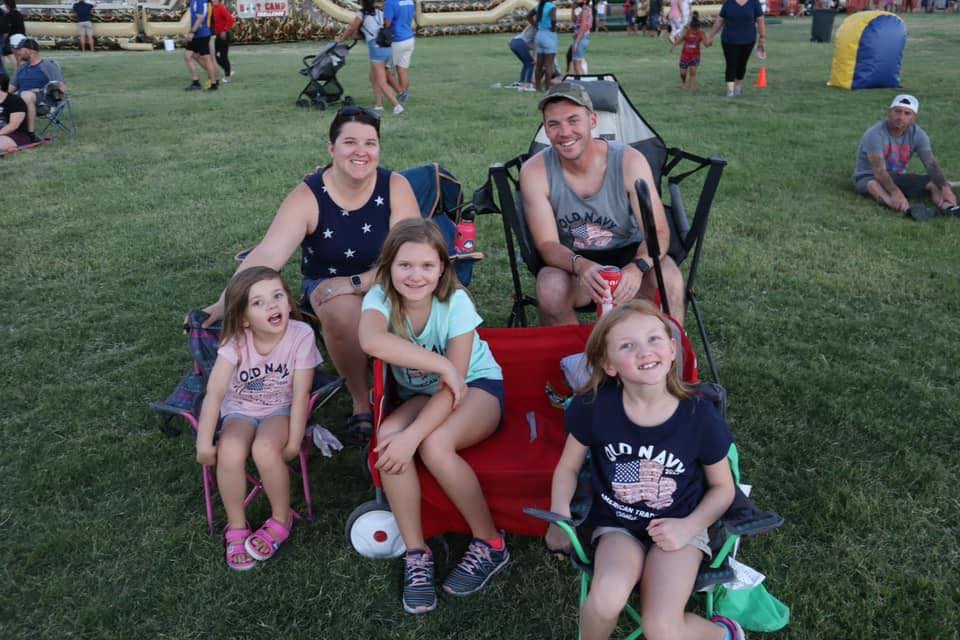 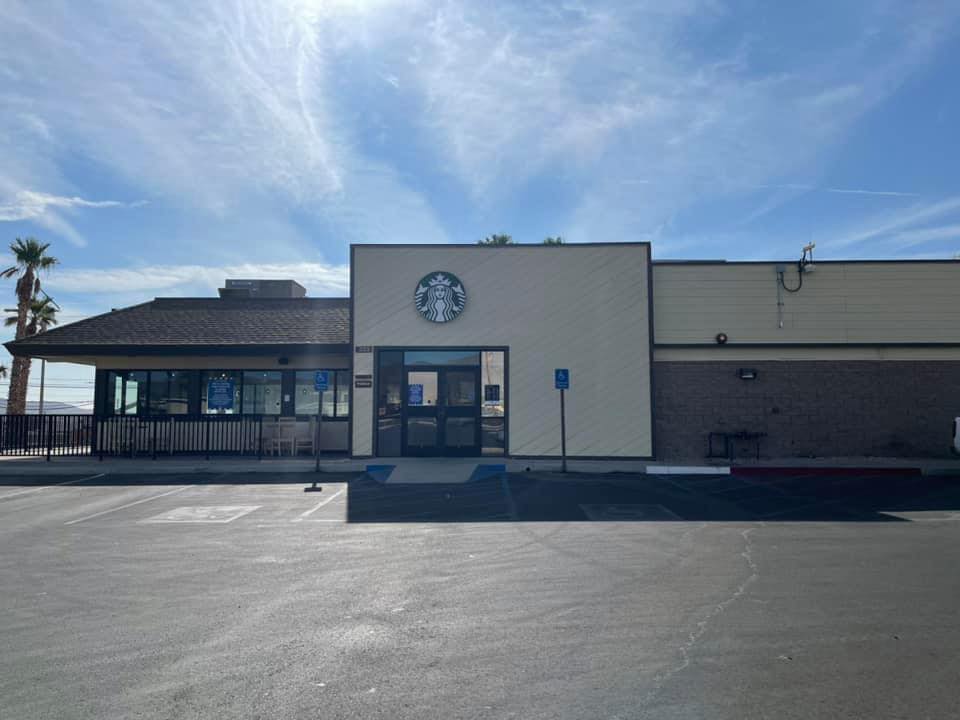 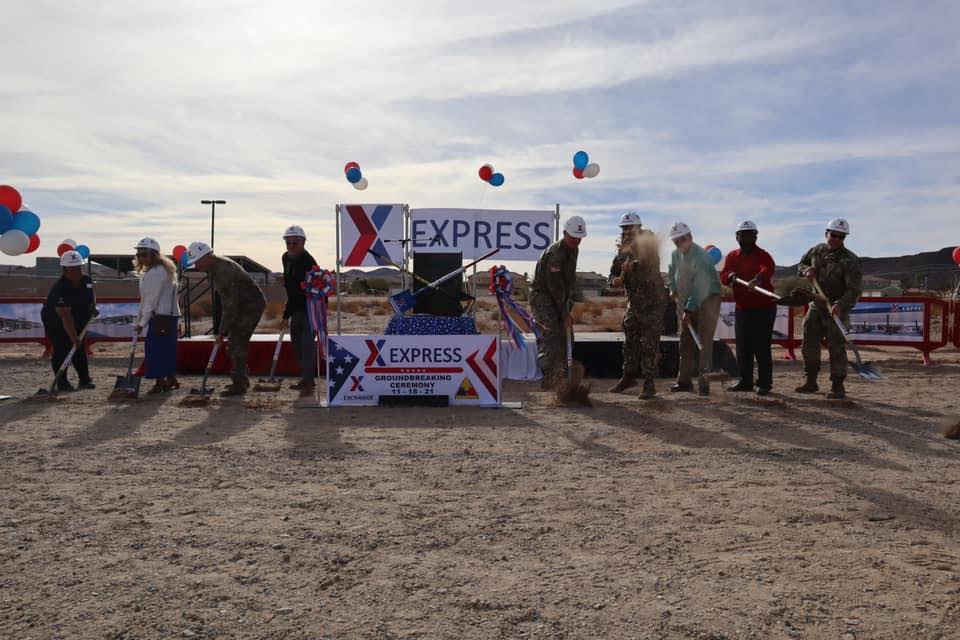 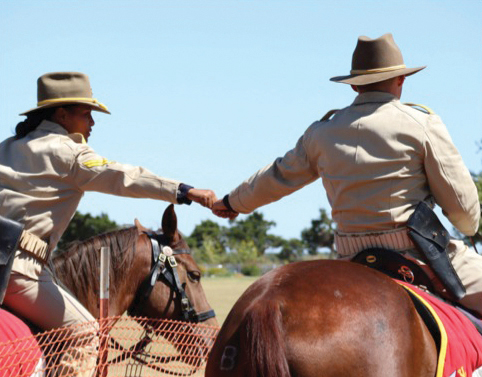 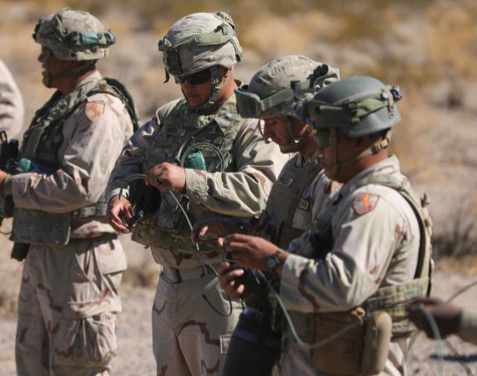