Capt. Justin Robertson, commander of HHC, NTC, and his wife, Capt. Ashley Robertson, the CNOIC of the Med/Surg Ward and Post Anesthesia Care Unit at Weed Army Community Hospital, Fort Irwin, Calif., were honored as Hero of the Game by the Los Angeles Rams on Sunday, Jan. 9, 2022.

Both officers were provided tickets to watch the game between the Los Angeles Rams and San Francisco 49ers and brought on the field to be recognized.

“It was a very cool experience,” Justin said. “And the fact that I was able to share it with my wife just amplified the day.”

Robertson, who was shot by a sniper in Iraq, shared that this honor came on the 15th anniversary of being wounded in combat.

The Hero of the Game is a recognition given to a veteran or an active duty member of our Military for their heroic service. 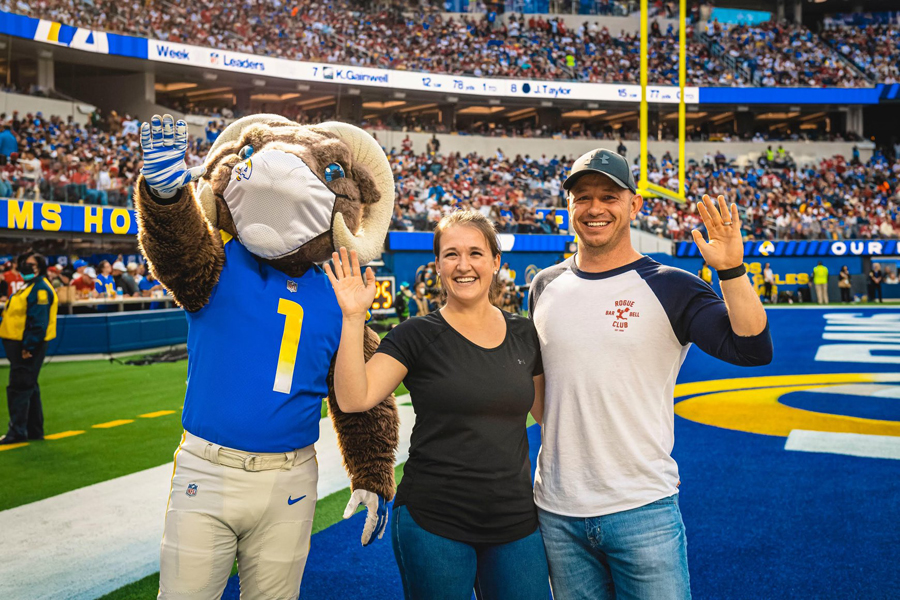