Fort Irwin Family and Morale, Welfare, and Recreation hosted its annual “Christmas in January” toy giveaway, sponsored by Inland Mopars. For the past eight years, the Inland Mopars members have been involved with the Fort Irwin’s annual toy drive.

The Inland Mopars car club set up donation boxes and collected toys throughout southern California. The car club provided 162 bicycles and over 3,000 toys for the children of the Fort Irwin Community ensuring all the kids in the community got a taste of some Christmas magic. 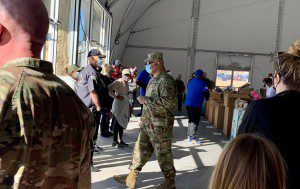 Taking extra health and safety precautions the toy give away was held as a drive-thru event.

Long before the doors opened, the line of cars full of excited kids wound around the parking lot and down the street. While the volunteers labored, Santa Claus sat in a throne seat overseeing the efforts ensuring each child received a toy and cheery wave.

“Inland Mopars Car Club considers it an honor to be able to do this for our warriors kids,” Ken Hamer, Inland Mopars Car Club President said. “Seeing the smiles and joy on the children’s faces when they get a new toy, stuffed animal or bicycle is wonderful. This is truly a ‘feel good’ operation.”

The fort Irwin community was overwhelmed with gratitude.

“Thank you so much for this event,” Rachel Williams said. “Much more than I expected, and the boys are beyond happy to have new toys.”

Every child who attended received a gift, which included bluetooth speakers, ring lights, Barbie dolls, Paw Patrol items, Tonka Trucks, Nerf blasters and more. As hundreds of bikes were raffled off, the event saw more than 1,500 service members and their families received toys during the Christmas in January Event. 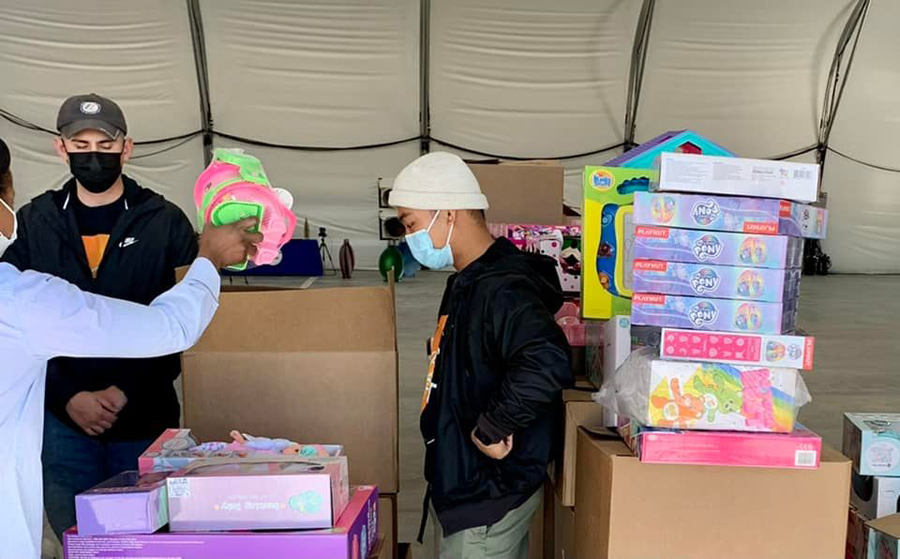