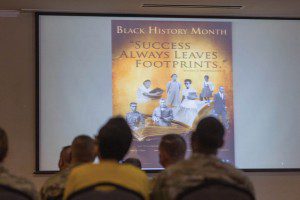 The event featured Col. LaHavie J. Brunson, commander of 916th Support Brigade, as the guest speaker during the observance at the Sandy Basin Community Center, Fort Irwin, Calif. African American & Black History Month is celebrated every February to recognize achievements and the role African Americans held in the United States’ past.

Thank you to the Soldiers of Regimental Support Squadron, family members, civilians of the Fort Irwin community, TASC, KNTC (The Heat), Protocol, and The Villages at Fort Irwin housing office to help make this year’s event a success. 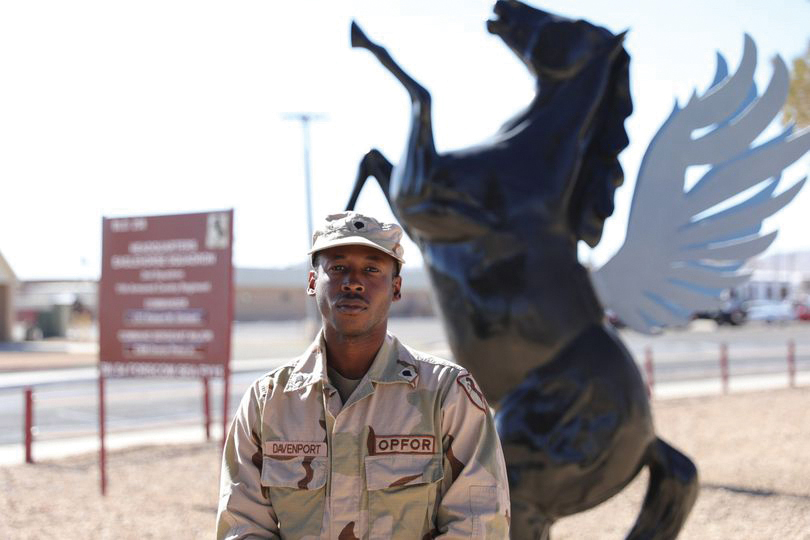 In celebration of Black History Month, meet Spc. Leoric Davenport, an 11B – Infantryman, assigned to 2nd Squad, 1st Platoon, Fury Troop, 2/11 Squadron. Davenport is from Baton Rouge, Louisiana. He enlisted in 2014 and has been stationed at Fort Irwin since October 2021. He joined the Army because he felt it was the perfect launching pad to get where he wants to go. Spc. Davenport is a self-proclaimed adrenaline junkie so being an Infantryman was the perfect fit for him. “Knowing that my role and my job play a critical role in protecting the country’s interests and keeping people safe is something that I take a lot of pride in.” Spc. Davenport also has two sisters who made an impact on his life; they both previously served in the U.S. Army, one deployed to Iraq and the other deployed to Kuwait and Afghanistan.

“Black Americans have been serving in the Military as far back as the Revolutionary War…and knowing that in 2022 I can pick up that mantle where Soldiers before me left off is something that I think is worth celebrating.”

Each February, the U.S. Army joins our nation in observation and reflection of the tremendous contributions of Black Americans to our country and our history.