Before the ceremony, Hook was presented the Legion of Merit and inducted into the Regimental Honorary Rolls by Retired Maj. Gen. Terry L. Tucker, 56th Colonel of the Regiment. His spouse, Arpinee Sarkisian, was awarded the Emerald Joan of Arc Medallion, presented to military spouses who have served the Armor community over a career of service. 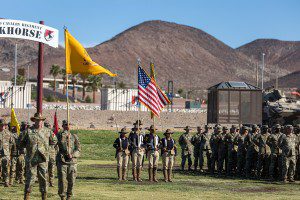 Hook’s first assignment in the U.S. Army was with the 11th Armored Cavalry Regiment, as a Tank Platoon Leader in C Troop, 1st Squadron, 11th Armored Cavalry Regiment, Squadron Fire Support Officer, and Scout Platoon Leader. His first deployment was with Task Force Blackhorse, in May 2003, in support of Operation Enduring Freedom to Kabul, Afghanistan.

Hook’s next assignment will be the Chief of Staff for 1st Cavalry Division at Fort Hood, Texas.

“The praise belongs to the Blackhorse Troopers and their families that have committed themselves to this profession,” said Hook. “Continue to fight to be better. Take care of your Troopers and their Families, and represent that hope that you inspire that with the Army in your hands, everything is going to be alright.”

Ferguson, the incoming commander, most recently attended, studied, and graduated from the U.S. Army War College in Carlisle, Penn. Prior to that, he was the first Squadron Commander of 3rd Squadron, 5th Security Force Assistance Brigade at Joint Base Lewis-McChord, Wash., where he helped recruit, build, and activate the unit.

“My only experience with this organization previously has been getting handed to me out there in the maneuver area that’s behind us. Well, I’m so glad to be on the other side of that today,” said Ferguson. “Keep doing exactly what you’ve been doing for the coming rotations, for the coming trainings. I can’t wait to learn from all of you.”

Thank you and your families for your dedication to the Regiment and its Troopers! 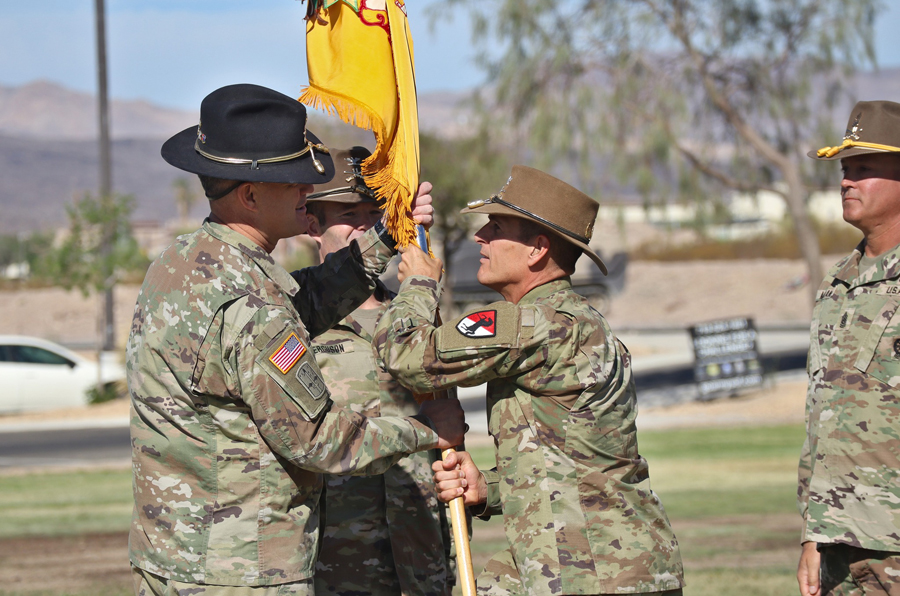 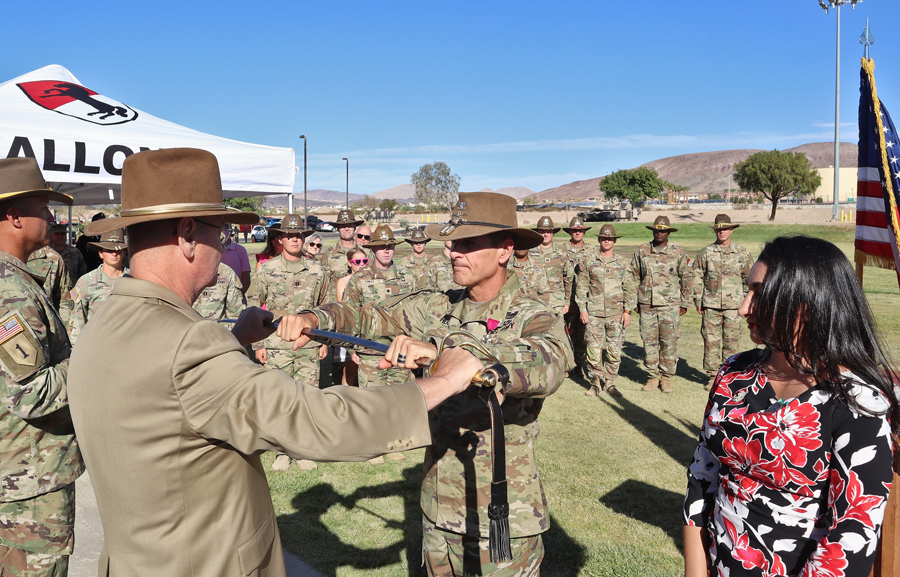 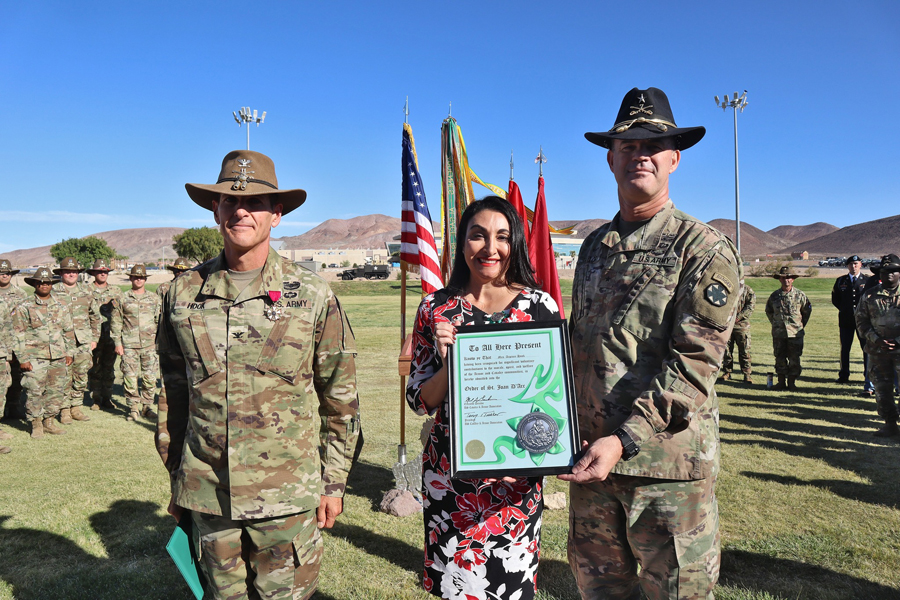 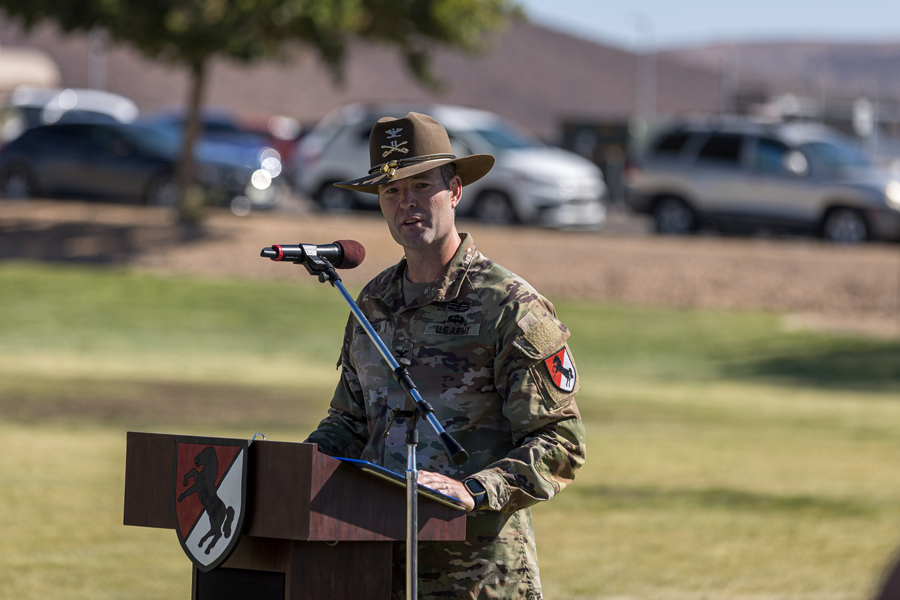 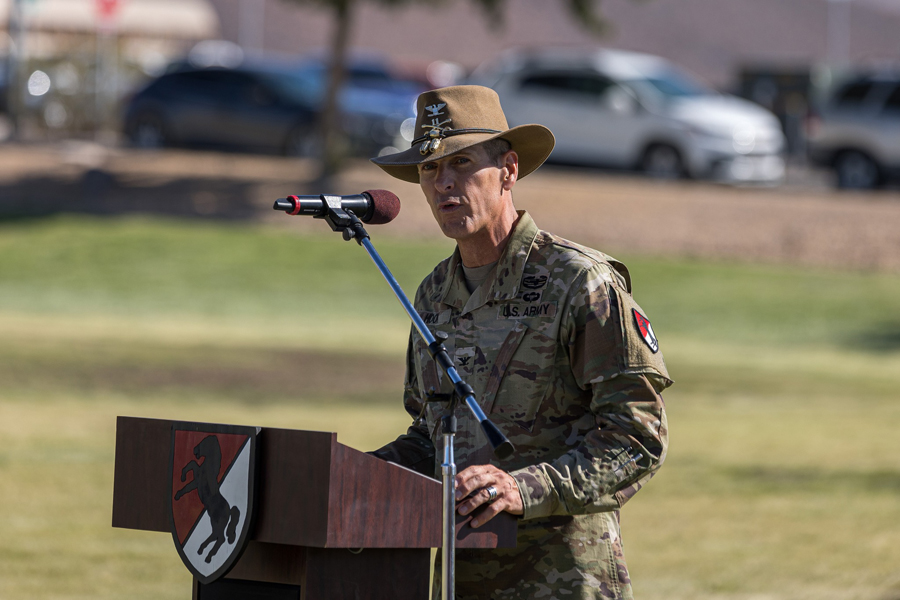 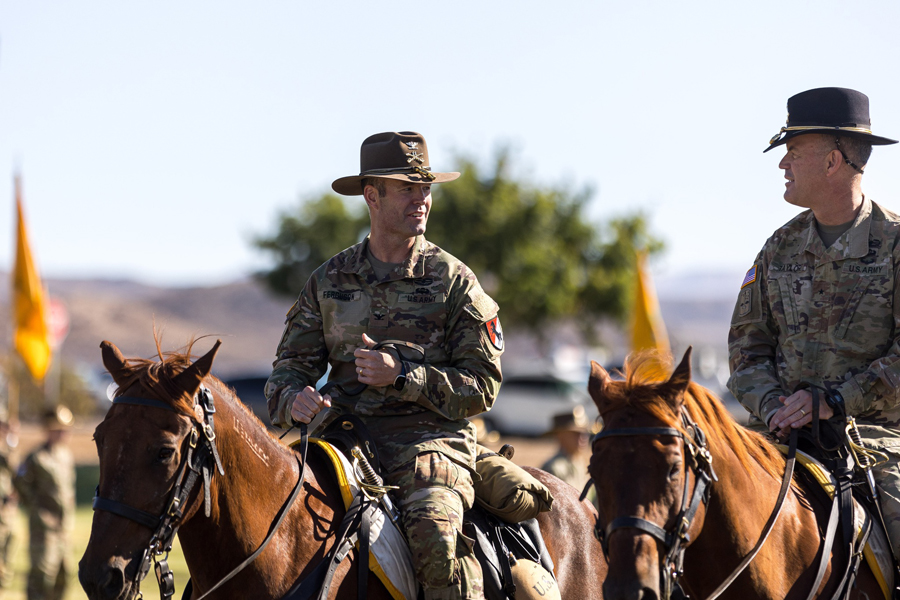 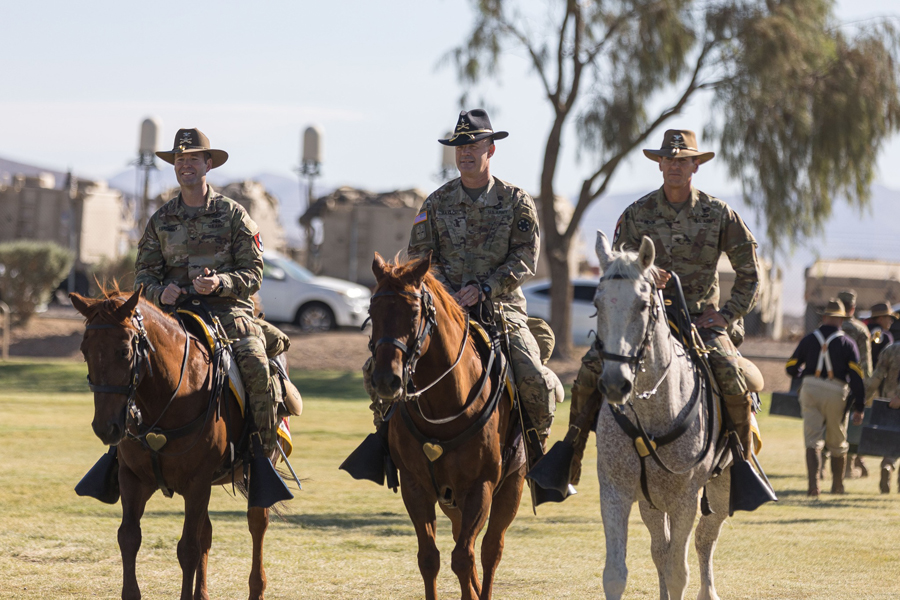 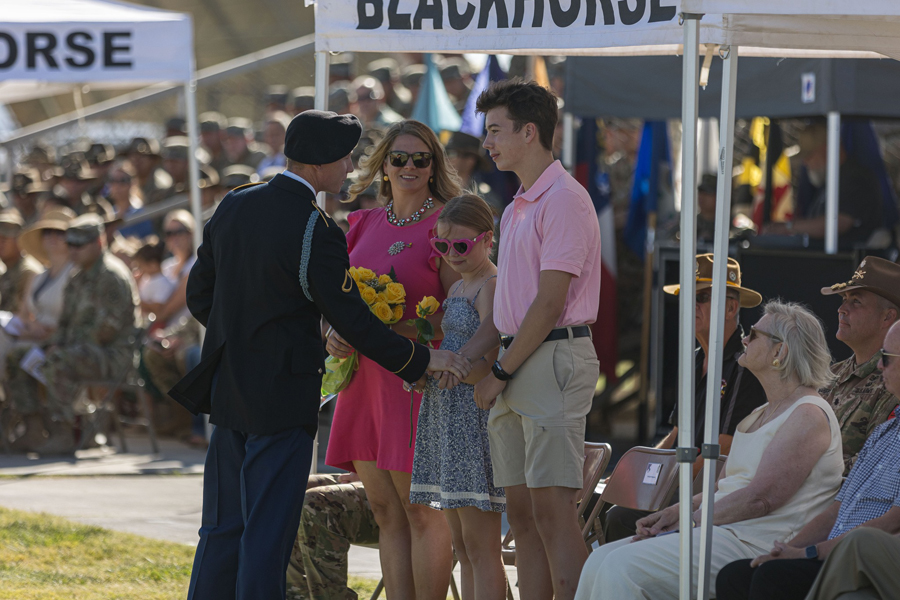 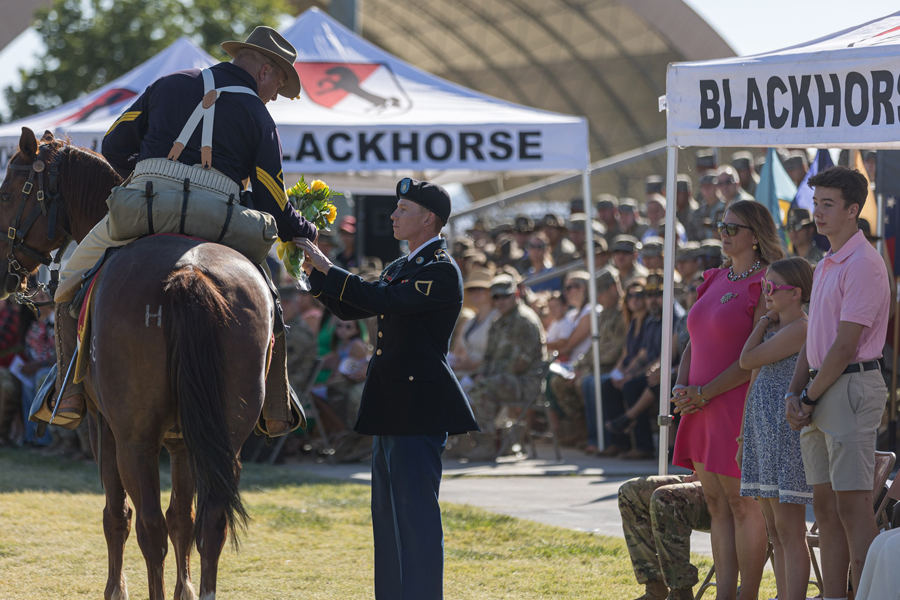 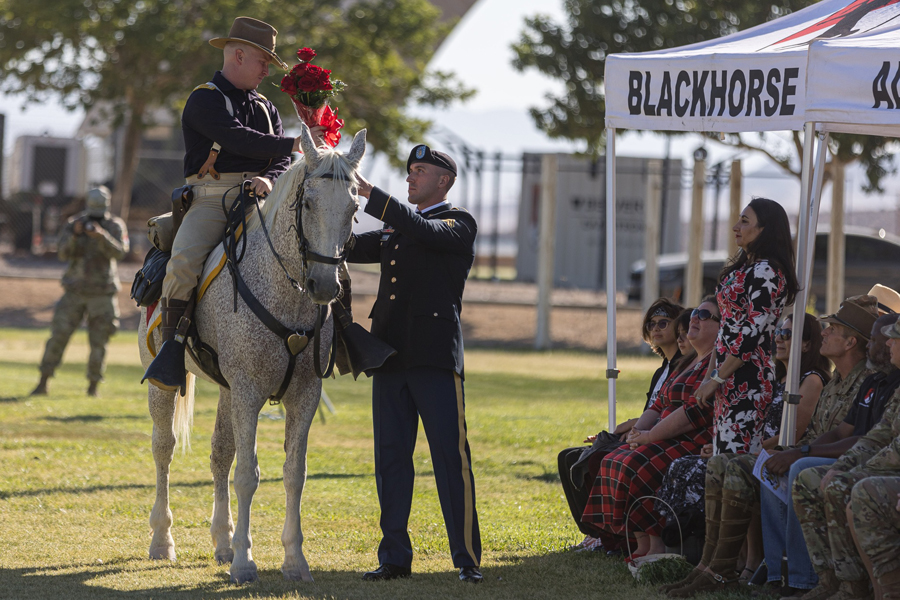