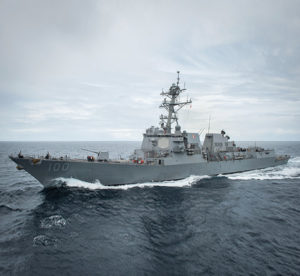 The guided-missile destroyer USS Kidd (DDG 100) is underway off the coast of Southern California.