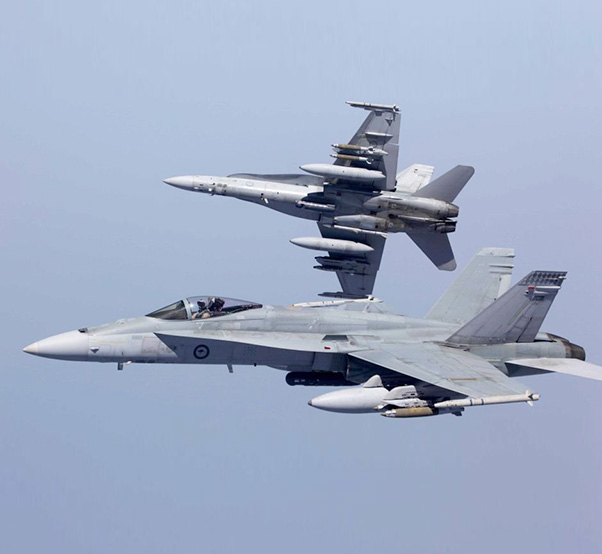 The Royal Australian Air Force has extended its contract with Northrop Grumman to provide logistics support for its F/A-18 Hornet Target Designation Systems, which use the AN/AAQ-28(V) LITENING pod.
The contract is the second four-year extension of the agreement between the RAAF and Northrop Grumman. Under the terms of the award, Northrop Grumman will continue to provide in-service support for the RAAF’s LITENING targeting pods and data links at RAAF Base Williamtown and RAAF Base Tindal.
“This extension strengthens the Northrop Grumman-RAAF partnership and our company’s long-term commitment to the Commonwealth,” said Ian Irving, chief executive, Northrop Grumman Australia. “In addition to the support award, several enhancements have recently been authorized for the Hornet Target Designation System to improve tactical effectiveness. These may reduce costs by aligning the RAAF’s pod configuration with that of U.S. forces.”
Northrop Grumman has delivered more than 700 LITENING pods to customers worldwide. The systems have accumulated more than 2 million operating hours.