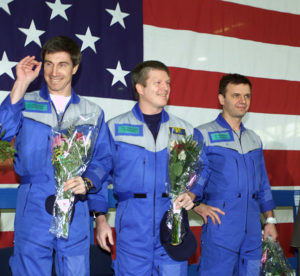 Humankind marked an off-the-planet pinnacle Nov. 2: the 15th anniversary of continuous residency at the International Space Station.
NASA and its global partners celebrated the milestone, as did the six astronauts on board. The U.S., Russian and Japanese spacemen planned a special dinner 250 miles up.
Commander Scott Kelly, seven months into a yearlong mission, said the biggest benefit of the orbiting lab is furthering long-term exploration goals deeper into space.
“The space station really is a bridge. It’s a test bed for the technologies that we need to develop and understand in order to have a successful trip to Mars,” American astronaut Kjell Lindgren noted during a news conference.
Since the first permanent crew moved in Nov. 2, 2000, 220 people have come and gone, representing 17 countries.
The United States is in the lead because of all the space shuttle flights that were needed to deliver station pieces; Russia is in second place, and Canada and Japan tied for third. At least one American and one Russian have been on board at all times.
More than 26,500 meals have been dished up, according to NASA, and the complex has grown from three to 13 rooms since 2000. The current structure has a mass of nearly 1 million pounds and as much pressurized volume as a Boeing 747.
The most important experiment, Kelly said, is about keeping humans alive in space. His one-year mission with Russian Mikhail Kornienko, due to end in March, includes 400 experiments, many of them medical. Americans have never spent this long in space; the Russians have, but it was decades ago on the former Mir station.
NASA puts the number of experiments at this space station, over the years, at more than 1,760. At the same time, there have been 189 spacewalks to build and maintain the outpost since construction began in 1998; No. 190 will occur Friday when Kelly and Lindgren venture out for the second time in 11/2 weeks.
As the space station ages, more maintenance will be required. NASA hopes to keep the complex running until 2024.
NASA Administrator Charles Bolden called the milestone “a remarkable moment 5,478 days in the making.”
“It has taught us about what’s possible when tens of thousands of people across 15 countries collaborate to advance shared goals,” Bolden said in a statement.
One sticking point, one to two decades ago, was a name for the place other than International Space Station — ISS in NASA shorthand.
The original inhabitants — American Bill Shepherd and Russians Sergei Krikalev and Yuri Gidzenko — christened their high-flying home Alpha when they arrived, but the name didn’t last. Kelly remembers wishing back then that the space station had a real name, but the various countries couldn’t agree on one.
“Now, it’s the `space station’ to me and I think it’s a great name,” Kelly told reporters. “The name `International Space Station’ really represents what it is. So in some ways, maybe it’s a better name.”
As for day-to-day life, Japanese astronaut Kimiya Yui said the space station has yielded a unique culture given all the nationalities involved, with the crew members respecting each other. If this were practiced back on the planet, he noted, “the Earth will be a much better place.” 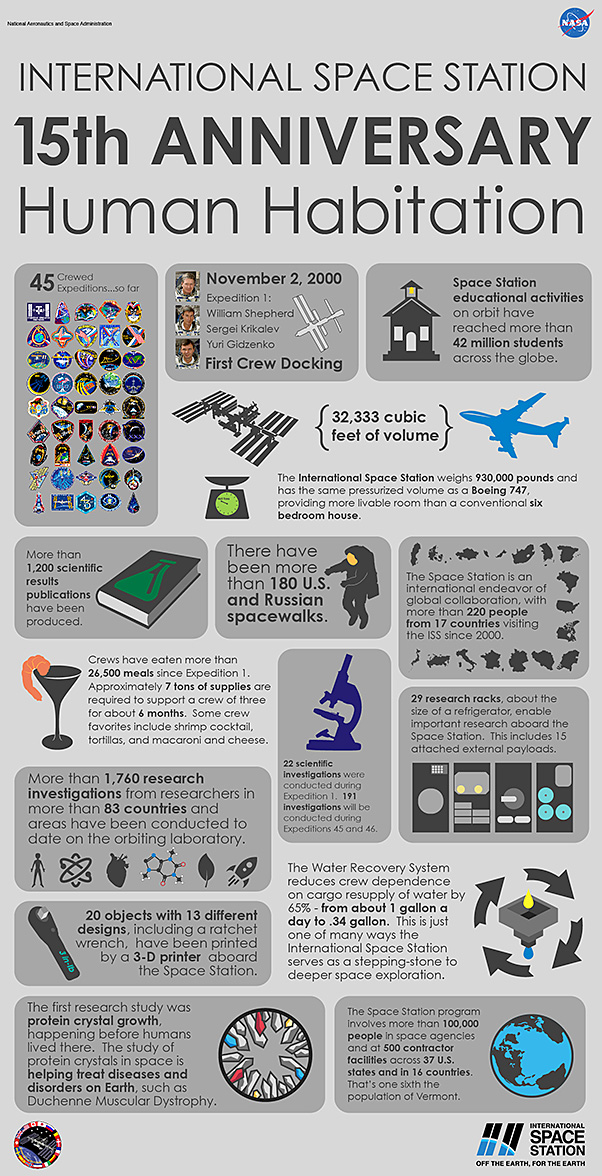