A UH-60 Black Hawk crew from 1-135th Attack Reconnaissance Battalion drops SMOKEX participants at Smoky Hill Air National Guard Range before heading into the action which is located about 10 miles south of Salina, Kan. SMOKEX, a large-force exercise, brings together joint forces and more than 10 aircraft platforms from neighboring areas, all supporting B-2 objectives for dynamic targeting.

Handwritten notes and charts filled the whiteboards on every wall.
Printed documents covered every horizontal surface. As the neighbors squeezed into the standing-room-only planning room, those who knew each other exchanged greetings and introduced newcomers.
Each had a specific purpose for attending, but all were dedicated to a common goal. They would plan and execute a mission to ensure dominance in the air, eliminate dangerous adversaries, and ultimately forge Air Force weapons officers confident in dealing with complex, ever-changing environments.
The mission was the U.S. Air Force Weapons School’s SMOKEX training event for Class 15B, which took place Dec. 1 through 3 at the 325th Weapons Squadron, the USAFWS’ geographically-separated B-2 Spirit weapons instructor course at Whiteman Air Force Base, Mo.
The participants plan each SMOKEX mission in detail at Whiteman AFB, Mo., but enact the exercise on the Smoky Hill Air National Guard Range, located about 10 miles south of Salina, Kansas.
SMOKEX, a large-force exercise, brings together joint forces and more than 10 aircraft platforms from neighboring areas, all supporting B-2 objectives for dynamic targeting. SMOKEX’s true value, however, lies in its ability to produce weapons officers who can lead diverse forces, especially in unpredictable conditions.
The 325th WPS students are the mission commanders for SMOKEX but quickly learn they cannot handle everything on their own. They must learn to delegate and trust other experts. 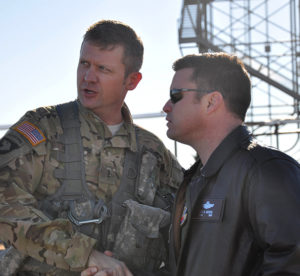 “Students have to learn to be the quarterback and not try to micromanage the details,” explained Lt. Col. Daniel Hoadley, commander of the 325th WPS.
Other USAFWS squadrons and their students would normally participate with the 325th WPS in an integrated event like SMOKEX, but constraints on available resources due to sequestration forced the Weapons School to revise its class structure in 2013.
Since then, the changes have created a misalignment of resources among squadrons and prompted the 325th WPS to seek assistance from external organizations, particularly those in the surrounding areas.
Fortunately, outside collaboration has been easy to find.
“As organizations participate and learn the value of SMOKEX to their own training needs, for the most part, those who have participated once want to do so again,” Lt. Col. Nicholas Adcock, director of operations for the 325th WPS, said.
Adcock begins compiling a list of participants four months prior to SMOKEX, but units often contact him before he can make a call. Other organizations discover the opportunity through word of mouth.
The support the 325th WPS receives is varied. For example, the support for Class 15B’s SMOKEX primarily came from the following participants: 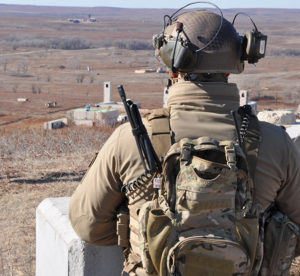 Although SMOKEX employs many organizations, the desired learning objectives are flexible enough to accommodate units who might want to integrate into it.
“We’re agnostic in terms of the other participants and the DLOs. Our objective is to force our students to manage a dynamic tactical problem,” Hoadley said. “Lt. Col. Adcock develops a very robust script that has dynamic targets that are handed out as the exercise progresses. The plan ensures everyone is gainfully employed for the duration of SMOKEX.”
Most participants agree that the most challenging aspect of SMOKEX is communication. The 325th WPS discusses communication flow at length during the planning phase to deconflict terminology and roles.
“Working in the joint environment and learning how other services talk and get missions accomplished has been a learning experience for everyone. It all basically comes down to communication,” Adcock explained.
“The jointness and integration of the mission planning is important in working out communication flow,” Chief Warrant Officer 3 Shaun Defenbaugh, a pilot with the 1-135 ARB, agreed. “SMOKEX is definitely valuable from that aspect alone.”
In the future, the 325th WPS hopes resources will allow better alignment of the SMOKEX time frame with the rest of the Weapons School’s squadrons, so more of them can participate. In the meantime, they will continue to reach out to their neighbors for integrated support.
The size of SMOKEX has to be kept within reason, but “we have a tremendous capability here to accommodate Weapons School and other participants and keep it dynamic and fairly diverse. The options are endless,” Hoadley said. 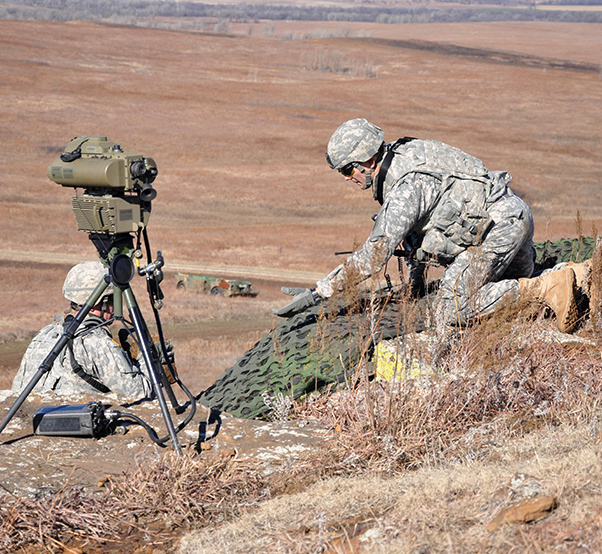 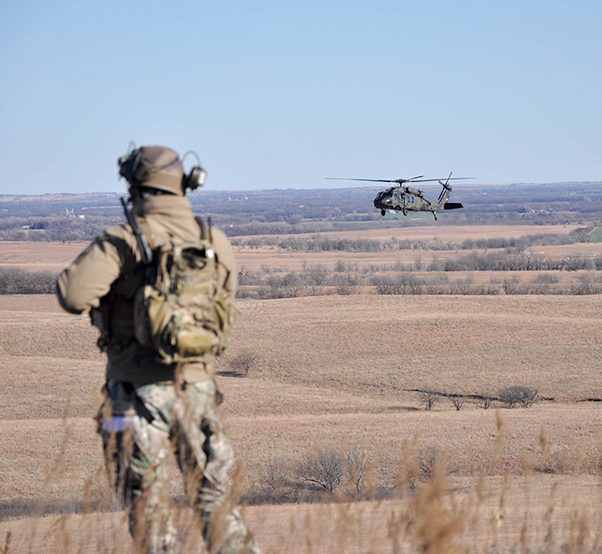