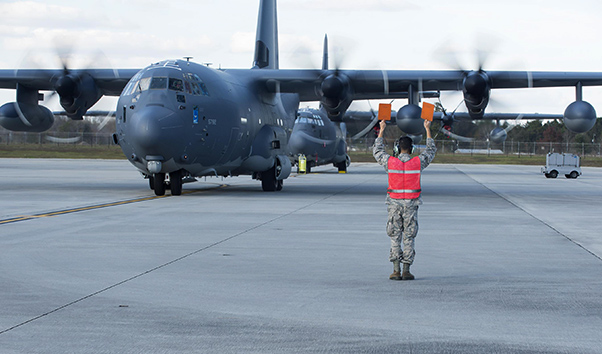 Fifty-nine years after the first C-130 Hercules was delivered to the Air Force, the 2,500th Lockheed Martin-manufactured C-130 joined the 71st Rescue Squadron’s fleet and legacy at Moody Air Force Base, Ga., Dec. 11.
The Air Force is the world’s largest Hercules operator and Moody Air Force Base is home to its newest HC-130J Combat King II.
“This milestone delivery is a source of pride for our team and the global C-130 community,” said George Shultz, the C-130 programs vice president and general manager at Lockheed Martin. “The Hercules is a global asset and versatile workhorse that is truly without equal. This delivery represents the C-130’s strength in numbers and its ongoing relevancy to operators around the world.” 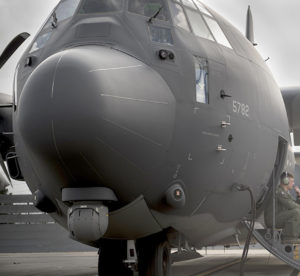 Moody’s airmen and the rescue community echoed the feelings of having such an integral piece of Hercules history.
“This is such a historic flight because it’s the 2,500th Hercules aircraft and Moody gets to be a part of making Air Force history,” said Capt. Andrew Kim, a 71st RQS pilot who flew the aircraft from Marietta, Ga., to Moody AFB. “The C-130 is a part of a long legacy of really great aircraft that have contributed to some huge feats for the Air Force as a whole and the entire rescue community. It feels really good to be a part of it and to be able to bring the plane and some history back to its new home at Moody’s 71st.”
Globally, the Hercules fleet performs various missions, but while assigned under the 347th Rescue Group’s umbrella, it is the aircraft used to perform the rescue aspect of Moody’s infamous motto to: attack, rescue and prevail.
“The C-130 is such a tried and true platform,” Kim said. “With them we can do anything from low-levels to airdrops straight out of the schoolhouse and operate in austere environments that some of the other planes might not be able to handle.
“Bringing a J model back, especially a new one, increases our reliability rates,” Kim added. “We can go out and execute the mission without having to worry about maintenance problems or breaking down so we can be much more dependable when we’re out at our deployed locations.”
Also on board for the aircraft’s arrival was Col. Thomas Kunkel, the 23rd Wing commander, who is quite proud to welcome the new aircraft to Moody.
“We’re a low-density, high-demand fleet down here, so every single aircraft adds a tremendous improvement to combat capability to the Air Force and to our warfighters all across the globe,” he said.