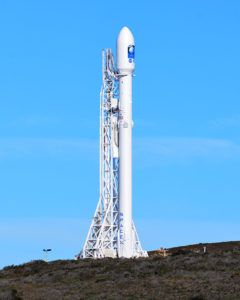 A SpaceX Falcon 9 rocket stands poised to carry the Jason-3 satellite into orbit from Vandenberg Air Force Base, Calif. The international mission will monitor ocean topography over the next three to five years.

A SpaceX Falcon 9 booster successfully placed a satellite into orbit, but the company’s attempt to land the unmanned rocket on a floating barge failed when one of its landing legs collapsed as it touched down.
Recovery and reuse of the two-stage vehicle’s first stage is key to reducing costs and making SpaceX more competitive in the burgeoning commercial space launch services market.
Jason-3, the latest in a series of satellites designed to maintain long-term, space-based observations of the world’s oceans lifted off from Vandenberg Air Force Base, Calif., at the beginning of its 30-second launch window Jan. 17.
The international mission, led by the National Oceanic and Atmospheric Administration, will precisely measure global sea surface heights, monitor the intensification of tropical cyclones and support seasonal and coastal forecasts.
The Jason-3 mission is a four-agency partnership consisting of NOAA, NASA, Centre National d’Etudes Spatiales (CNES, France’s space agency), and the European Organization for the Exploitation of Meteorological Satellites (Eumetsat). Thales Alenia of France built the spacecraft, which was launched by SpaceX with support from the Air Force’s 30th Space Wing at Vandenberg. 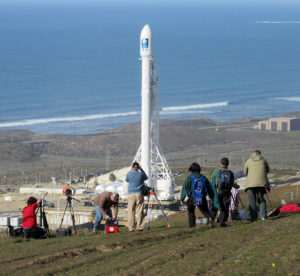 Data produced during the next three to five years will provide information allowing weather forecasters to predict devastating hurricanes and severe weather before they arrive onshore. Jason-3 will help track global sea level rise, an increasing threat to the resilience of coastal communities and to the health of the environment. Scientific and commercial applications for these measurements include forecasting hurricane-intensity, surface wave activity, tides and currents for commercial shipping and ship routing, coastal forecasting for response to environmental problems like oil spills and harmful algal blooms, coastal modeling for marine mammal and coral reef research, and El Niño and La Niña forecasting.
“Jason-3 is a prime example of how our nation leverages NASA’s expertise in space and scientific exploration to help address critical global challenges in collaboration with NOAA and our international partners,” said John Grunsfeld, associate administrator for science at NASA Headquarters in Washington. “Measurements from Jason-3 will advance our efforts to understand Earth as an integrated system by increasing our knowledge of sea level changes and the ocean’s roles in climate.”
Minutes after the Falcon 9 rocket lifted off through coastal fog, its second stage separated on schedule, propelling Jason-3 toward its intended orbit.
Meanwhile, the rocket’s first stage executed a series of maneuvers and decelerated toward a landing zone in the Pacific Ocean. In fact, the rocket touched down on the deck of a floating platform, called an Autonomous Spaceport Drone Ship, approximately 180 miles west of San Diego. Although it landed almost precisely on target, one of the vehicle’s landing legs failed to lock, causing the rocket to topple over and explode. This was the company’s fourth attempt to safely recover a rocket at sea. After three previous failures, SpaceX successfully recovered one of its Falcon 9 boosters on land following launch from Florida’s Cape Canaveral Air Force Station in December 2015. 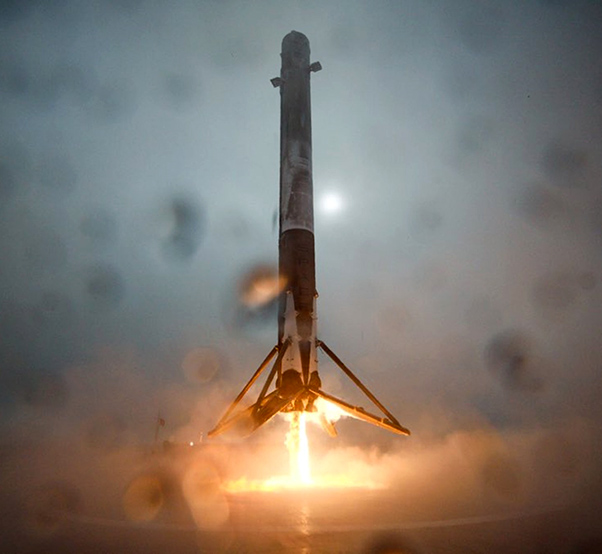 After lofting Jason-3 into orbit, the Falcon 9 booster’s first stage touched down on a SpaceX Autonomous Spaceport Drone Ship off the coast of Southern California. Moments later, one of the vehicle’s landing legs collapsed causing the rocket to topple. 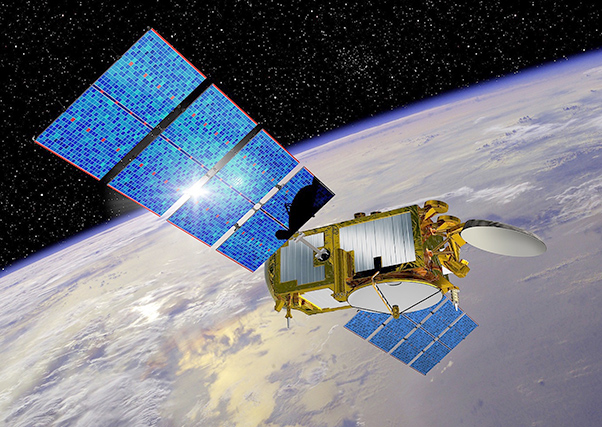 The Jason-3 spacecraft will perform long-term, satellite-based observations of the world’s oceans. data provided over several years will aid in predicting surface wave activity, tides and currents, and weather patterns.