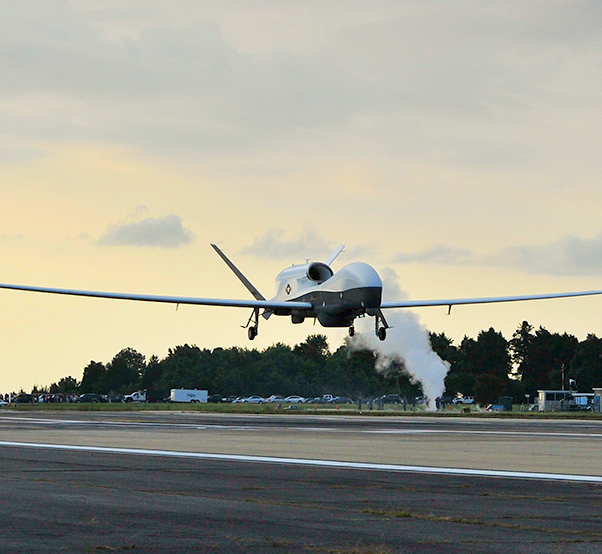 The U.S. Navy’s MQ-4C Triton unmanned aircraft system has completed operational assessment, which paves the way for a Milestone C decision in the coming months.

Pending final data analysis, the completion of this milestone signals the maturity of the system and paves the way for a positive Milestone C decision. Milestone C will transition Triton into low rate initial production.

As part of OA, an integrated test team made up of Navy personnel from Air Test and Evaluation Squadrons VX-1 and VX-20, Unmanned Patrol Squadron, VUP-19 and Northrop Grumman demonstrated the reliability of Triton over the course of approximately 60 flight hours.

The team analyzed sensor imagery and validated radar performance of Triton’s sensors at different altitudes and ranges. The aircraft system’s ability to classify targets and disseminate critical data was also examined as part of the operational effectiveness and suitability testing. Successful evaluation of Triton’s time on station confirmed that it will meet flight duration requirements.

“Operational assessment for Triton included several flights which exercised the weapon system through operationally relevant scenarios that demonstrated its readiness to meet the Navy’s maritime intelligence, reconnaissance and surveillance needs,” said Doug Shaffer, vice president, Triton programs, Northrop Grumman. “As a result of the flight tests, the program moves one step closer to a milestone C decision later this spring.”