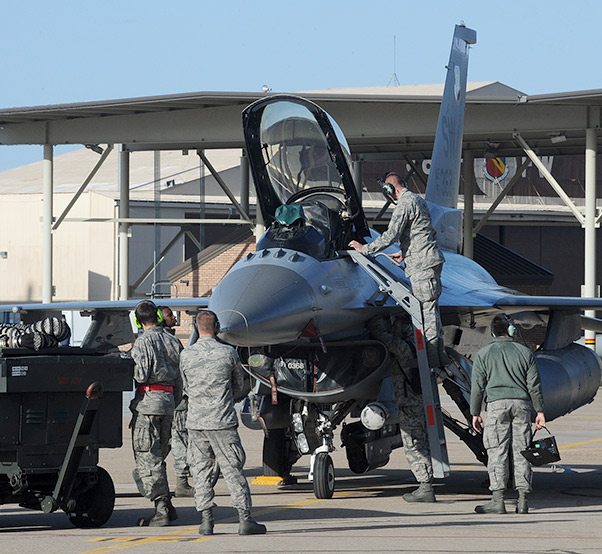 F-16 maintainers from Shaw Air Force Base, S.C., check out one of their aircraft May 6 at Hill AFB. Aircraft from Shaw and other units are participating May 5-15, 2014, in an the Air Force Weapon System Evaluation program air-to-ground exercise known as “Combat Hammer.” During the exercise, the units will drop munitions in realistic combat scenarios at the Utah Test and Training Range.

Hill Air Force Base and the Utah Test and Training Range will host fighter and bomber aircraft performing critical combat training and weapons testing May 2-14.

“This is a great opportunity for Airmen to deploy weapons in a combat-simulated environment,” said Lt. Col. Craig Marion 86th FWS Detachment 1 commander. “The Utah Test and Training Range is one of the few places with enough airspace, resources and technological capability to perform this critical test and evaluation.” 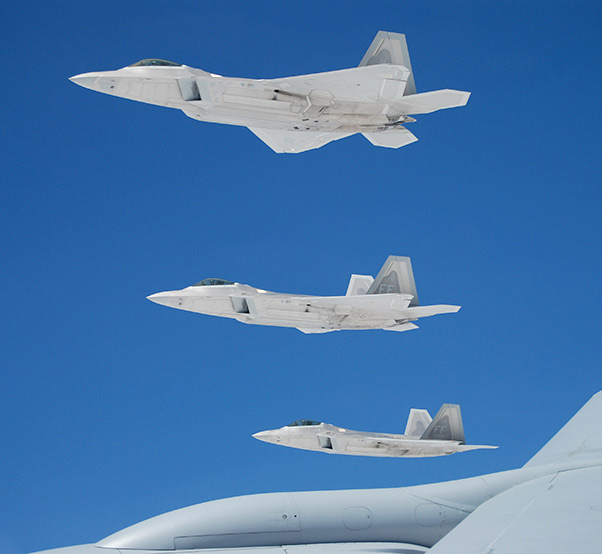 F-22 Raptors from the 1st Fighter Wing at Langley AFB, Va. soar over the Utah Test and Training Range during the Weapons System Evaluation Program Aug. 12-23, 2007. The program, better known as Combat Hammer, analyzes the bomb from the time it is built to the time it is deployed to determine how successful it might be in combat.

More than 40 combat aircraft will participate in the evaluation, including: F-15Es from Seymour Johnson AFB, N.C.; A-10s from Davis-Monthan AFB, Ariz.; F-16s from Hill AFB and Tuscon Air National Guard Base, Ariz.; B-1s from Dyess AFB, Texas; and B-52s from Minot AFB, N.D. The fighter units will deploy to Hill, while bomber units will participate from their home stations.

With support from the 388th Fighter Wing and 75th Air Base Wing, 86th Fighter Weapons Squadron airmen collect and analyze data on how these precision guided munitions perform along with their suitability for use in combat. The 86th FWS compiles a report for combatant commanders on the performance of precision guided munitions that helps commanders shape their strategic planning, funding and resource allocation, said Marion. 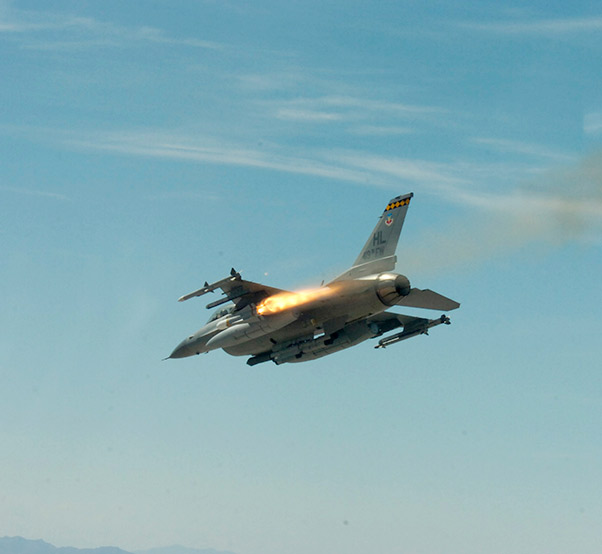 An F-16 from the 421st Fighter Squadron here releases a weapon over the Utah Test and Training Range during the Weapons System Evaluation Program Aug. 12-23, 2007. 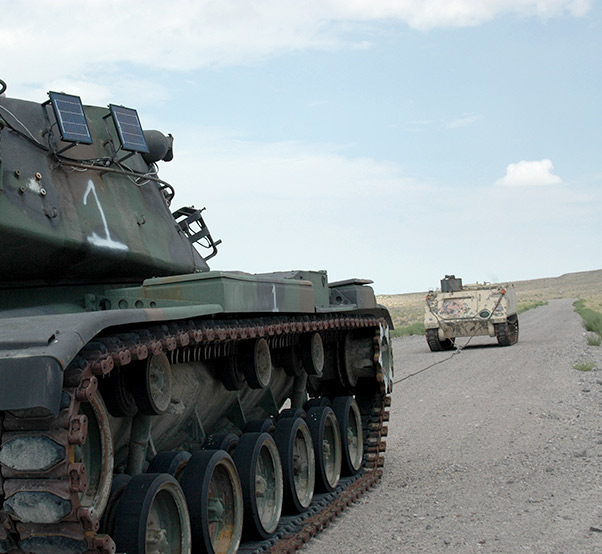 A mobile, unmanned tank was designed and set-up by range personnel to serve a target for precision bombs deployed during the Weapons System Evaluation Program.