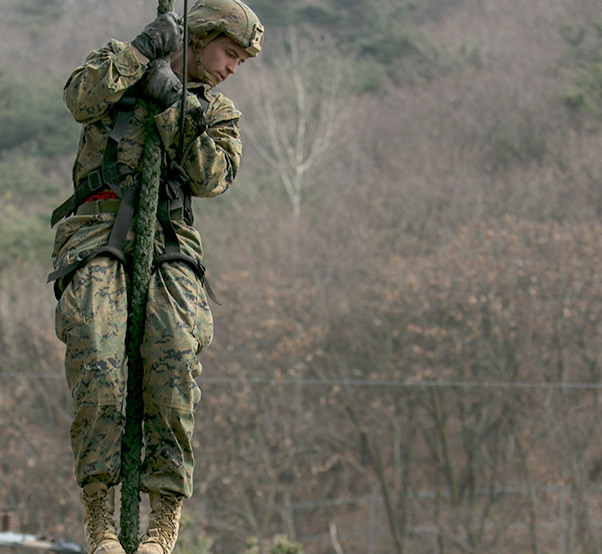 U.S. Marine Corps Lance Cpl. Andrew Straughn, a mortar man with Weapons Company, 1st Battalion, 3rd Marine Regiment, also known as “The Lava Dogs”, practices fast-roping techniques at the Republic of Korea Marine Corps Ranger Course as a part of the Korea Marine Exchange Program in South Korea, March 29, 2016. KMEP is a program designed to increase interoperability and camaraderie between U.S. Marines and ROK marines. The alliance between the United States and the Republic of Korea has grown ever stronger based upon the shared interests and common values of both nations. Lance Cpl. Straughn is a native of Valencia, Calif.