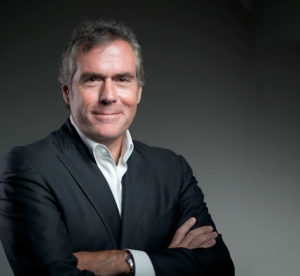 Michael M. Watkins, the Clare Cockrell Williams Centennial Chair in Aerospace Engineering and Director of the Center for Space Research at The University of Texas at Austin, has been appointed director of the Jet Propulsion Laboratory and vice president at Caltech, the Institute announced May 2.

Watkins will formally assume his position July 1, 2016. He succeeds Charles Elachi, who will retire as of June 30, 2016, and move to the Caltech faculty.

Watkins is an internationally recognized scientist and engineer. Prior to assuming his current position at The University of Texas in 2015, he worked at JPL for 22 years, where he held leadership roles on some of NASA’s highest-profile missions. Watkins served as mission manager and mission system manager for the Mars Science Laboratory Curiosity Rover; led review or development teams for several missions including the Cassini, Mars Odyssey, and Deep Impact probes; and was the project scientist leading science development for the GRAIL moon-mapping satellites, the GRACE Earth science mission, and the GRACE Follow-on mission, scheduled for launch in 2017. He last served at JPL as manager of the Science Division, and chief scientist for the Engineering and Science Directorate.

“Michael’s record of successful mission leadership and impressive management skills quickly distinguished him as a leading candidate for this position,” says Caltech president Thomas F. Rosenbaum, the Sonja and William Davidow Presidential Chair and professor of physics. “As JPL director, Michael will build upon the laboratory’s outstanding achievements in planetary exploration and Earth science, strengthening the connections between Caltech’s campuses and partnering with NASA to deliver highly complex and nuanced missions.”

“I’ve known Mike Watkins for more than 20 years now,” Elachi says. “Mike has played important and varying roles in a number of important JPL areas. His intimate knowledge of the lab and staff, combined with his highly diversified set of skills and knowledge base in science and engineering, will serve JPL very well in the years to come.”

A committee composed of Caltech trustees, faculty, senior administrative leaders, and a member of the JPL executive council conducted an extensive search and recommended Watkins to Caltech’s president.

“President Thomas Rosenbaum and his leadership team at the California Institute of Technology (Caltech) have made an outstanding choice in naming Dr. Michael M. Watkins as the new director of JPL,” said Charles Bolden, NASA administrator. “I, for one, cannot wait to work with him to advance our Journey to Mars, along with our understanding of our own planet, our universe, and humanity’s place in it.

“Dr. Watkins is no stranger to the NASA family. In more than two decades at JPL, Dr. Watkins played a major role in the Mars Curiosity Rover, Cassini, Mars Odyssey, GRACE, GRAIL, and the GRACE Follow-on missions — to name just a few,” Bolden continued. “I am confident that he will do an excellent job as he begins a new chapter in the incredible legacy that Caltech and NASA have written together through JPL for generations.”

Watkins holds a bachelor’s degree, master’s degree, and Ph.D. in aerospace engineering from The University of Texas at Austin. He has published broadly in both engineering and science, contributed more than 100 conference presentations, and has served on the boards of numerous international scientific and engineering societies.

“JPL has such a talented and deeply committed staff,” says Watkins. “It is a privilege to have this opportunity to lead the laboratory to even greater discoveries. I look forward to working with my colleagues on campus and across NASA to forge new directions in space exploration and Earth science.”
Caltech manages JPL for NASA.