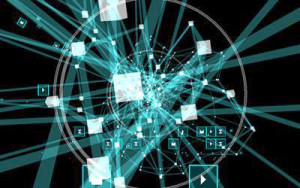 The Defense Advanced Research Projects Agency’s Plan X program is working to help military cyber operators visualize the cyber battlespace and perform missions there based on an established cyber framework and a common operating picture. Plan X is a foundational cyberwarfare program whose engineers are developing platforms the Defense Department will use to plan for, conduct and assess cyberwarfare in a manner similar to that of kinetic warfare.

Since 2013, the Defense Advanced Research Projects Agency’s Plan X cyber warfare program engineers have done the foundational work they knew it would take to create for the first time a common operating picture for warriors in cyberspace.

Next month in Suffolk, Va., that work will pay off when Plan X is released from the DARPA lab and into the hands of operators — also for the first time — during back-to-back annual joint cyber exercises: Cyber Guard and Cyber Flag.

Plan X
The Defense Advanced Research Projects Agency’s Plan X program is working to help military cyber operators visualize the cyber battlespace and perform missions there based on an established cyber framework and a common operating picture. Plan X is a foundational cyberwarfare program whose engineers are developing platforms the Defense Department will use to plan for, conduct and assess cyberwarfare in a manner similar to that of kinetic warfare. DARPA photo

“We’ve got a great team of engineers, and we have had persistent participation by the military services in our lab acting essentially as end users, helping us flesh out the work flow and how it should be done,” Plan X Program Manager Frank Pound told DOD News in an interview this week.
“[Operators] haven’t had a unified architecture from which to conduct cyber operations or reason about cyber or visualize cyber,” Pound said, “which are all the things that Plan X is going to provide for them.”

Defending the perimeter
One of the big focus areas for Plan X is the workflow military fighters use to accomplish their job when they’re in battle, defending their perimeter, Pound said. Plan X allows them to plan cyber missions based on the defense of key cyber terrain such as mail and file servers, routers and gateways that are important for their defense and give them good visibility into the behavior, health and status of those pieces of key cyber terrain, he added.

Plan X, he said, “identifies pieces of key cyber terrain in a visual way so they can see it, just like they’d be able to see physical terrain through a pair of binoculars.”

The program applies military science to computer science in cyberspace. This gives operators a platform they understand, because it’s designed for the military mindset, encapsulating the military decision-making process and allowing operators to plan missions and think about cyber just as they were trained to do in boot camp and at the service academies, Pound explained.

To do this and more, the Plan X engineers have gained a lot of ground technically in software development, he said.

Cyber tool apps
In terms of cyber effects, for Plan X users who don’t have what Pound called “exquisite knowledge” about the technical workings of cyber tools such as digital binoculars and sensors, Plan X engineers developed an app store and turned tools into apps. Then the engineers went farther.

A typical app that a network defender might use is Netstat, he added, which would give an operator network statistics of a host in their battlespace.

“That would be a discrete app that an [information technology] person today would know how to use, but trying to scale that knowledge across 6,000 new Cyber Command personnel isn’t really sustainable,” Pound said. “So we say, ‘This is the functionality the specific tool provides. These are the command-line arguments to make it work. Let’s abstract that complexity and call it an app and, better yet, let’s let the cyber planner talk about it in terms of effects rather than talking about it in discrete terms.’”

Then the operators take those abstracted effects and use them to plan courses of action to defend their networks, Pound said, noting that the original tools aren’t gone — they’re still available for sophisticated Plan X users.

Finding a data model
Pound says a data model for cyber allows Plan X engineers to rigorously define terminology and objects in cyberspace, for example, an Internet protocol address, a media access control address, a network interface or a piece of software.

When he and his engineers began thinking about building a data model, Pound said, the prospect looked monumental, because so many things had to be defined, and in the proper way. So they looked at existing data models and found one called CybOX, for Cyber Observable Expressions.

“We made use of that data model on Plan X, because it was so rich,” he added, “and we’ve augmented the data model with military decision-making objects to support the full scope of what Plan X is trying to do. We were able to plug that right in and use it very effectively — a big win for us.”

Not everyone has adopted the standards, he said, but because Plan X is adopting them it might prompt others — commercially and in DOD — to use them.

“We were heavily influenced by training capabilities that came out of Google Silicon Valley. One of them is called Scratch, and it is a visual programming language that’s centered on blocks.” Rather than having to know a text-based programming language, he explained, the programmer uses blocks of commands that can be stacked on top of each other.

He added, “Once again we’re abstracting very nuanced, esoteric concepts into formats that are easy to understand for a broad range of folks. We figured this out through a lot of iteration and back and forth with our military partners.”

The graphic nature of the programming, Pound said, is how a military planner would build a course of action — visually. That course of action could become an app that could be saved in the Plan X app store, then future operators could pull it out of the app store and change the parameters for their specific application.

“It’s taken us a long time to get here,” Pound said, “and we’ve worked super hard to make this programming model and abstraction, and to do it in a visual way so the battle space is the main focus.”