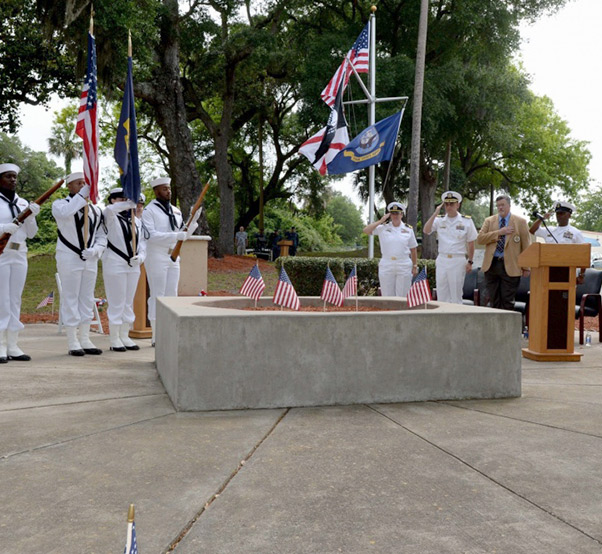 Sailors from Naval Station Mayport’s color guard parade the colors during the guided-missile frigate USS Stark (FFG 31) remembrance ceremony at the ship’s memorial. On May 17, 1987, while on a routine patrol in the Persian Gulf, USS Stark was struck by two Iraqi missiles killing 37 Sailors. Despite the damage inflicted, the efforts of the Stark’s crew saved the ship. Stark was later decommissioned in 1999.

Sailors held a ceremony of remembrance at Naval Station Mayport, May 17, to honor Sailors who were killed aboard guided-missile frigate USS Stark (FFG 31) 29 years ago.

On May 17, 1987, while on patrol in the Arabian Gulf, 37 Sailors died when two Iraqi missiles struck Stark. Despite the severe damage inflicted, the heroic efforts of Stark’s crew saved the ship. Stark was decommissioned at Mayport in 1999.

Surviving crew members attended the annual ceremony, including retired Chief Operations Specialist Larence Barrow, who spoke about what remembering the tragedy means to him.

“There’s such a catharsis, and you learn that everyone else shares the same feelings, and it’s a camaraderie,” Barrow said. “It’s a healing ceremony for us to meet with the families, to share the stories and reminisce. We need that.” 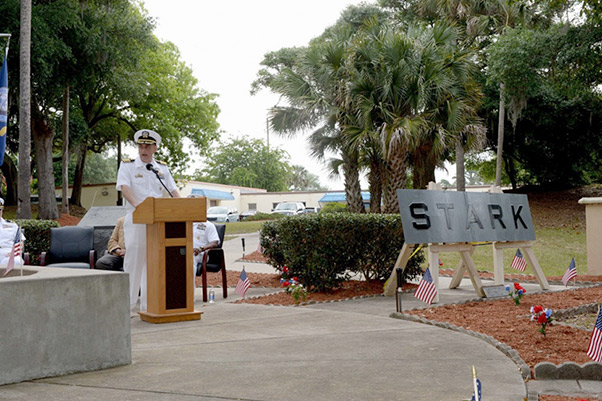 Capt. Wesley McCall, commanding officer of Naval Station Mayport, speaks during the guided-missile frigate USS Stark (FFG 31) remembrance ceremony at the ship’s memorial. On May 17, 1987, while on a routine patrol in the Persian Gulf, USS Stark was struck by two Iraqi missiles killing 37 Sailors. Despite the damage inflicted, the efforts of the Stark’s crew saved the ship. Stark was later decommissioned in 1999.

This year’s memorial included the donation of Stark’s original stern plate from Janna Ryals, a Navy veteran and sister to Signalman (striker) Seaman Earl Ryals, who died in the attack.

“This shows that we’re still respecting and honoring not only the men who died that day, but the ones that are still alive,” said Ryals.

Ryals said she originally wanted to keep the stern plate at home with her to remember her brother, but she had a change of heart and realized sharing it was the best thing she could do for Stark’s crew. The stern plate will now be on display Naval Station Mayport.

“I did lose my brother, but through this I’ve gained several other shipmates,” said Ryals. 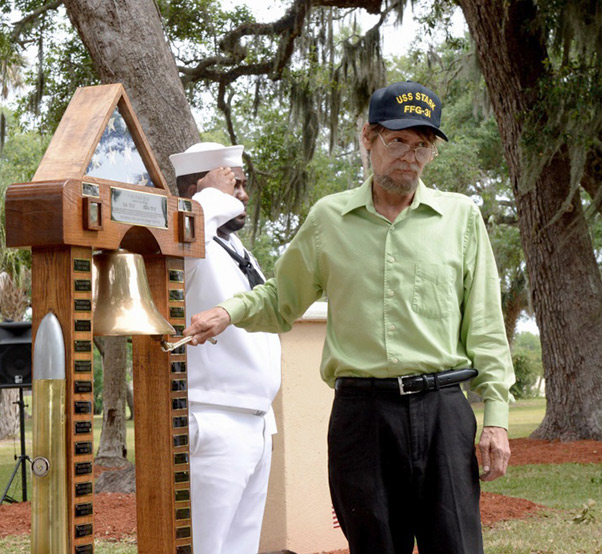 Clifford Cellars, a former crew member of the guided-missile frigate USS Stark (FFG 31), rings one bell for each of his 37 fallen shipmates who were lost on May 17, 1987 when the ship was struck by two Iraqi missiles during a routine patrol in the Persian Gulf.

“I think it’s important that we preserve this tradition because the Stark was homeported in Mayport,” he said. “There are many family members of the crew who still live in the area, and it means a lot to them that we do this.”

Mayport Memorial Park was established Aug. 1, 1987, with the dedication of the Stark monument and will continue to honor this memorial every May 17. 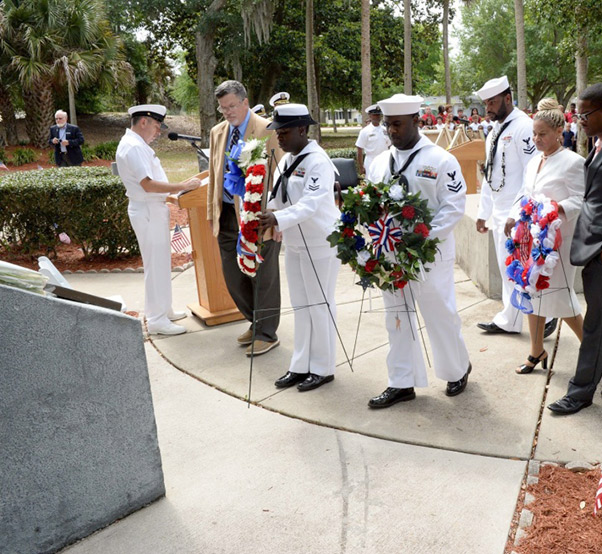 Sailors escort family and former crew members of the guided-missile frigate USS Stark (FFG 31) as they lay a wreath on Stark memorial plaque during a remembrance ceremony at Naval Station Mayport.