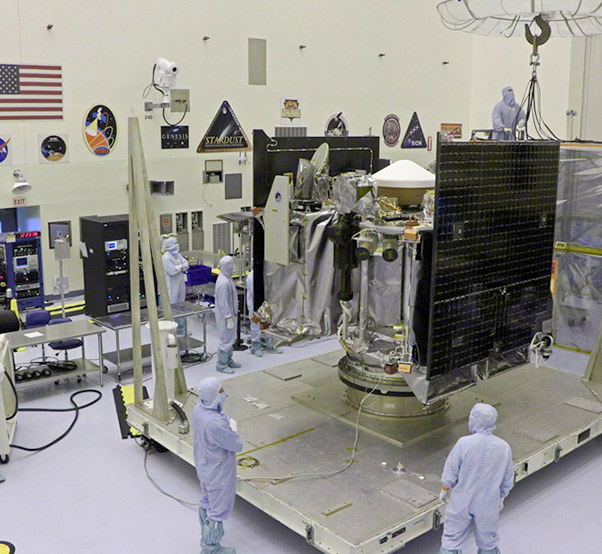 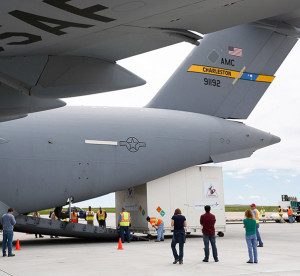 Lockheed Martin delivered NASA’s OSIRIS-REx spacecraft to its Florida launch site on May 20, 2016. The asteroid sampling spacecraft was shipped aboard a U.S. Air Force cargo plane from Buckley Air Force Base, Colo., to the Kennedy Space Center, Fla., where it will undergo final processing in preparation for a September launch.

NASA’s asteroid sampling spacecraft, OSIRIS-REx, took an across-country journey of about 1,600 miles before it launches on its 509 million mile journey to the asteroid Bennu.

On May 20, Lockheed Martin delivered the OSIRIS-REx spacecraft to the Kennedy Space Center, Fla.

The spacecraft will now undergo final processing in preparation for a September launch aboard a United Launch Alliance Atlas V 411 rocket.

OSIRIS-REx, which stands for Origins, Spectral Interpretation, Resource Identification, Security-Regolith Explorer, is scheduled to launch on Sept. 8, 2016. The spacecraft’s target is Bennu, a carbon-rich asteroid that could hold clues to the origin of the solar system and host organic molecules that may have seeded life on Earth. It will collect at least 60 grams (2.1 ounces) –= about the weight of a full-sized candy bar—of pristine asteroid material and return it to Earth for analysis.

Lockheed Martin designed, built and tested the spacecraft and is responsible for spacecraft launch processing and mission operations.

“Delivering OSIRIS-REx to the launch site marks an important milestone, one that’s been many years in the making,” said Rich Kuhns, OSIRIS-REx program manager at Lockheed Martin Space Systems. “The spacecraft has undergone a rigorous environmental test program in Denver but we still have plenty of work ahead of us. Many on our team have temporarily moved to Florida so they can continue final processing and have the spacecraft ready for launch in three and a half months.”

The 1,980-pound (900 kg) spacecraft was shipped Friday on a U.S. Air Force cargo plane in an environmentally controlled container. The aircraft, with 30 support personnel onboard, took off from Buckley Air Force Base in Aurora, Colorado and touched down at Kennedy Space Center’s Shuttle Landing Facility, on one of the largest runways in the world. 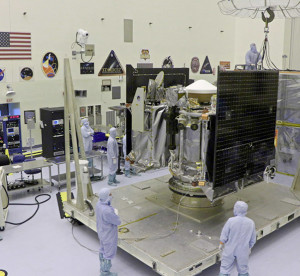 While at Kennedy, the spacecraft will undergo final testing and configuration for flight including a spin test, solar array release test, electrical system testing and propellant loading.

“I’m extremely proud of our team and excited to be shipping the OSIRIS-REx spacecraft to Kennedy Space Center,” said Mike Donnelly, OSIRIS-REx project manager at NASA’s Goddard Space Flight Center in Greenbelt, Maryland. “We still have a few major milestones to go, but I’m confident that we’ll get them done and be ready to launch on time and begin our mission to Bennu.”

After launch, the OSIRIS-REx spacecraft will take two years to reach Bennu, arriving in late 2018. It will then spend over two years conducting surface mapping and sample site reconnaissance before collecting a sample in 2020. The spacecraft will return the pristine sample of Bennu back to Earth in 2023.

“This team has done a phenomenal job assembling and testing the spacecraft,” said Dante Lauretta, principal investigator for OSIRIS-REx at the University of Arizona, Tucson. “As we begin the final preparations for launch, I am confident that this spacecraft is ready to perform its science operations at Bennu. And I can’t wait to fly it.”