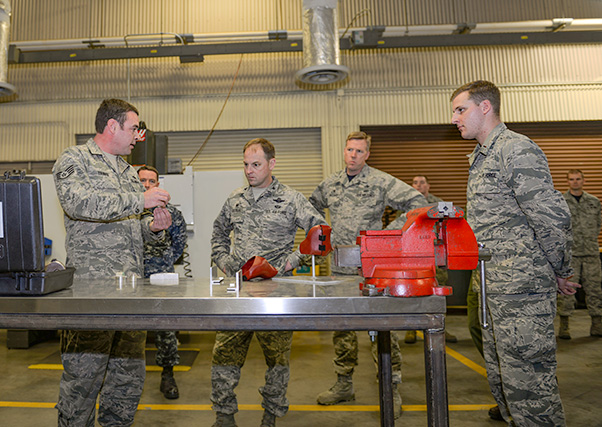 Since the introduction of the F-35A Lightning II, airmen at Eglin Air Force Base’s (Fla.) 33rd Fighter Wing have saved the Air Force close to $84,000 and more than 720 hours of shipping delays by locally manufacturing parts and tools.

There are around 500 maintenance personnel at Eglin assigned to work with the F-35. These Airmen and Sailors are some of the first to maintain the fifth generation jet which gives them the opportunity to assist manufacturers in developing tools, technology and data to maintain it.

Metals airmen play a direct role in the progression of the program by engineering items to safeguard and secure equipment. Two of the tools 33rd FW metals technology specialists developed are the grommet swaging tool and the push tester adapter. The grommet swaging tool keeps grommets in place during installation of aircraft panels and push tester adapters secure nut plates during tests to prevent objects from falling inside the aircraft. These tools have saved the wing more than $17,000 in orders and repairs. 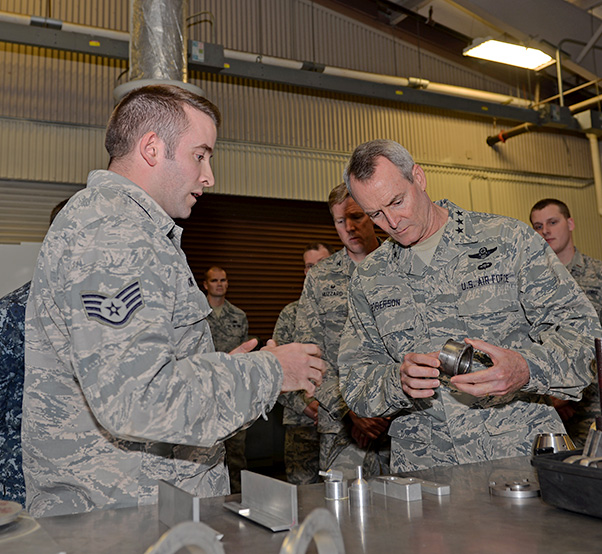 Technicians also designed and fabricated sets of stiffeners, throttle quadrant covers and a bullet-style axle thread protector, which keep parts in the jet protected during post-flight inspections and maintenance. In total, these parts saved the Air Force nearly $67,000 in manufacturer repairs as they are used throughout the F-35 enterprise.

TSgt. Travis Yeager, 33rd MXS non-commissioned officer in charge of aircraft metals technology, says continued innovations are on the horizon for his squadron.

“We have very intelligent and hardworking airmen and sailors who bring new ideas and ways to improve the mission to the table every day,” Yeager said. “These ideas seemingly take something that isn’t possible and innovate a way forward to safely complete the task at hand.”

The responsibilities of maintenance airmen go beyond creating tools and parts. They also develop the technical data and action reports used by F-35 units across the program.

This process involves reporting discrepancies found during maintenance. After reporting, maintainers troubleshoot with a technical data check list — a manual that lays out different steps for correcting an error. Sometimes, an issue requires consultation with the manufacturer to determine a way forward. Each new solution is formalized as a future troubleshoot check list. 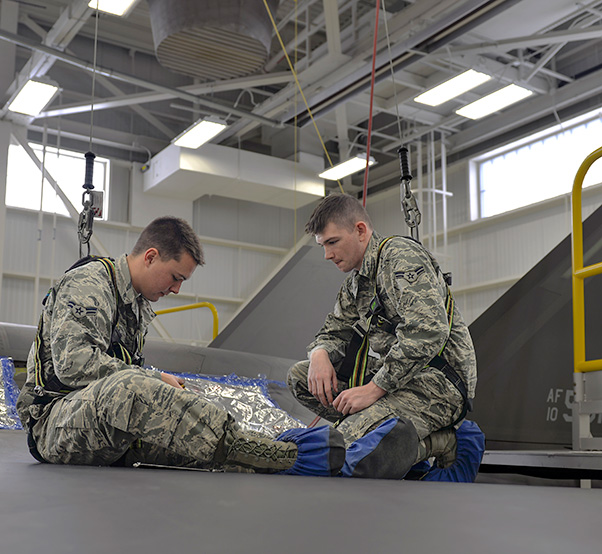 TSgt. Martin Miller, 33rd MXS fuel system craftsman said he finds a lot of job satisfaction as part of the team that will influence the care of the fifth generation jet throughout the lifetime of the program.

“This is brand new stuff, no one’s ever done this before — and you’re helping write the technical data and troubleshooting procedures that hundreds of people down the road are going to be using,” Miller said. “Something I do today — in two months — will end up at Luke [AFB], and they’ll be able to read exactly what I came up with [to] make the same job easier.”

For fuels airmen at the 33rd FW, it doesn’t get any better than being at the forefront of information distribution with the newest fighter program. SrA. Scott Richards, 33rd MXS fuel systems journeyman, is confident 33rd FW efforts and innovations will continue to shape the maintenance of the aircraft.

“I believe our squadron wants the F-35 program to be 10 times better than it already is 30 years down the road,” Richards said. “I think if we continue to take pride in our jobs and really understand what we are a part of, future generations will realize this program is something we could not live without.” 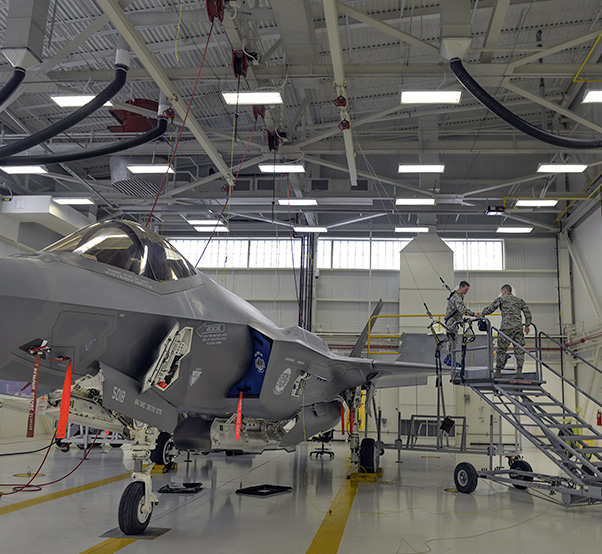