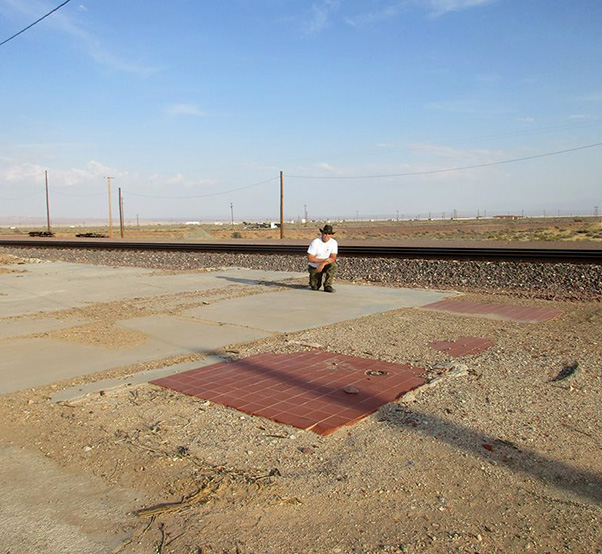 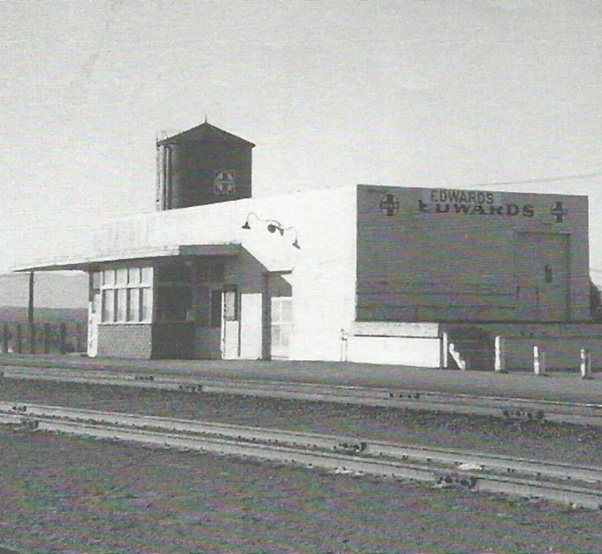 I knew that someday I would find a way to get my passion for railroading into Aerotech News and today is that day! Hallelujah!

As you drive in the North Gate to the base and look to the west, you will see the location of the relocated station that first went by the name Muroc, but later changed to reflect the naming of the base in honor of Capt. Glen Edwards. This is where my story begins.

In the early 1950s, two airmen were making their way west on the California Limited, one of the four named passenger trains that the Santa Fe ran over the lines that passed Edwards.

Our two travelers, who had received orders to report for duty at Edwards, had no idea how their first visit to their new duty station would turn into an adventure they would not soon forget!

Arriving around 9 p.m. on a cold December night at a very remote station, they both departed the train with the winter winds blowing.

Being the only ones to depart the train at that stop, they made their way into the little station and asked the station master how they were to get to the base. After repeated calls, our two travelers figured out that North Edwards was not big on taxi service and that getting someone from the base to come and fetch them on a cold windy night was not getting much of a response from Air Force personnel who were nested in for the night. 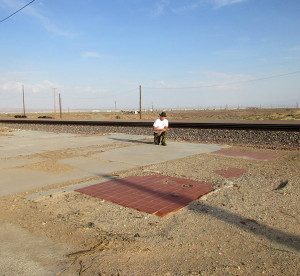 “How far is the base from here?” asked one of the airmen and the station agent replied, “It’s just over that hill.” So our two travelers buttoned up and started out walking toward the base on a cold moonless night.

Back in those days, there were no gates and the road did not offer much in motor traffic to hitch a ride.

Our travelers took a bead on the closest lights and hours later they stumbled into North Base, cold and frozen, realizing that they were sure not in Kansas anymore!

Not seeing much activity or any personnel, they headed for a cluster of lights to the south and about 2 a.m. they found “shelter” in the cab of a Security Police truck that was called to investigate two individuals walking along the lake bed! They were safely delivered to warm beds and promptly passed out. When morning came, they were the subject of much talk around the base. It’s one thing to walk that desert in the winter with those cold winds blowing, but to carry your duffel bag with all your stuff in the dark? It’s a miracle you’re alive!

This happy ending did end up with a better welcome policy for incoming personnel and a phone line to the motor pool, so that traveling airmen would not be stranded at the Edwards Station. 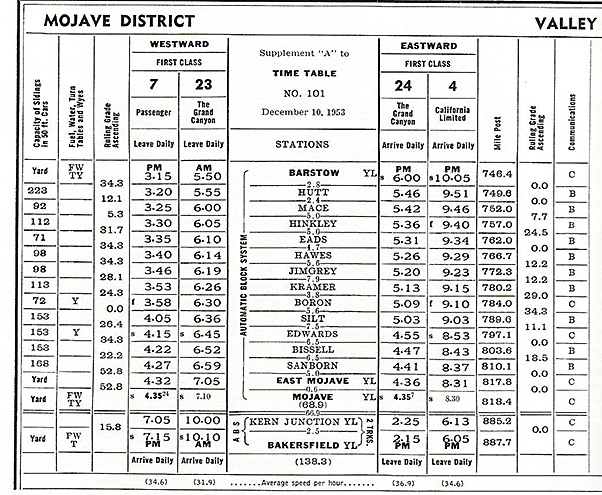 In this shared story, the ending did have a funny little postscript, when later on one of the airmen visited the station agent and asked him why he didn’t say anything or warn them before they walked out. He said, “Son, I was World War II Navy, and if you flyboys didn’t have enough sense to stay out of the cold and dark in the middle of the night in the desert, well then that’s your problem not mine!” You got to love the humor between the branches of the military!