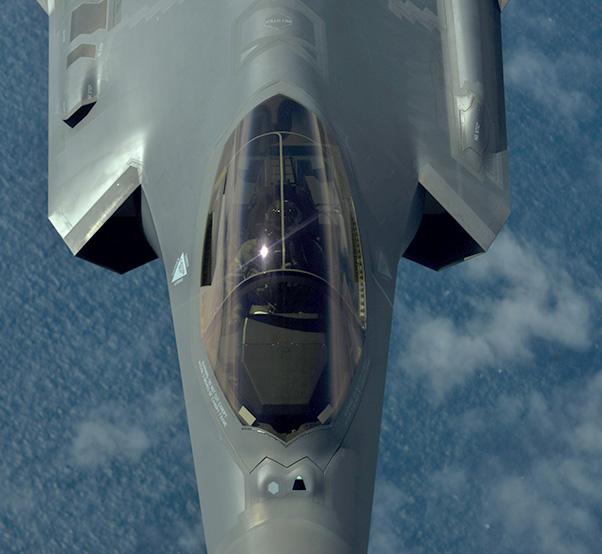 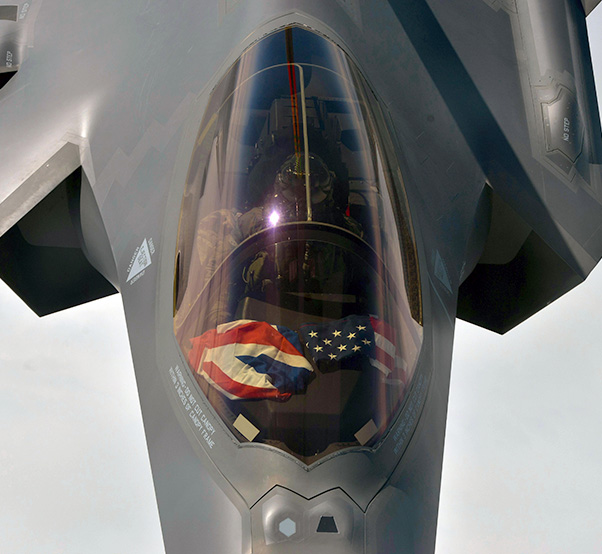 A U.S. Air Force F-35A fighter pilot flies over the Atlantic Ocean for the aircraft’s first transatlantic flight June 30, 2016. The F-35A is a part of the Air Combat Command Air Force Heritage Flight Team, which flew to Fairford, England, for the Royal International Air Tattoo.

This historic flight that brought the team to the United Kingdom from Joint Base McGuire-Dix-Lakehurst, N.J., was a first for not only the Lightning, but the Extender as this was the KC-10’s first time refueling the F-35A, trans-continentally.

“Any time there is a first in the United States Air Force and you get to be a part of it, is a real honor,” said U.S. Air Force Capt. Daniel DeRusha, 9th Air Refueling Wing KC-10 Extender aircraft commander. “Our crew is just like any other KC-10 crew they are all more than capable of performing this mission.” 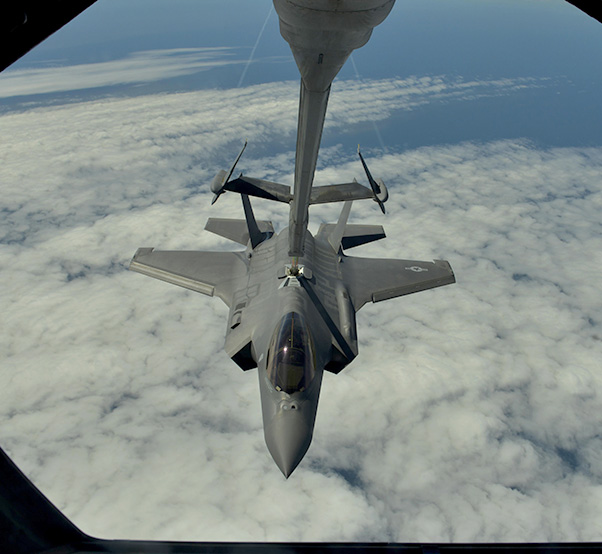 A U.S. Air Force F-35A Lightning II is refueled by a KC-10 Extender over the Atlantic Ocean on the way to Fairford, England, June 30, 2016. This flight marked the first U.S. transatlantic flight of the F-35A.

The aircraft traveled to the United Kingdom in support of the Royal International Air Tattoo, the world’s largest military air show, which takes place July 14 through 16 at RAF Fairford. The event features joint, coalition and civilian flight teams, aerial acts and static displays.

While the Extender is not staying for RIAT, the Lightning will join a P-51 Mustang and F-22 Raptor in a heritage pass showcasing the past, present and future of airpower. The heritage team will also be on the ground before and after the pass to answer attendees’ questions about the U.S. Air Force’s newest fifth generation fighter 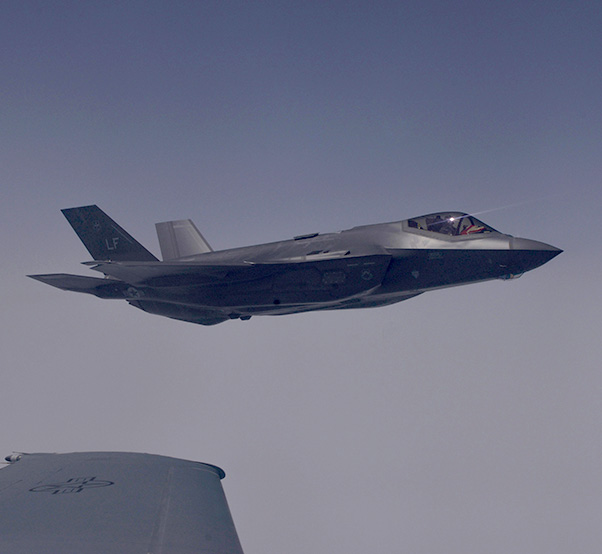 A U.S. Air Force F-35A Lightning II flies alongside a K-10 Extender over the Atlantic Ocean for the F-35A’s first transatlantic flight June 30, 2016.The Extender, which is based out of Travis Air Force Base, Calif., refueled the Lightning on its way to England for the Royal International Air Tattoo.

For the lead F-35A pilot, this historic flight and opportunity at RIAT not only showed the F-35A’s airpower, but the U.S. Air Force’s in general.

“It really shows the teamwork that went into it; not only the logistics support, but the maintainers to the tanker units – it really was a team effort,” said Maj. Will Andreotta, ACC F-35A Heritage Flight Team commander. “Being able to go international with the F-35 is a huge honor. It’s something that we can now bring out to people and say ‘this is what the Air Force in the United States is going to offer in the future and this is what your country is going to offer as well.”