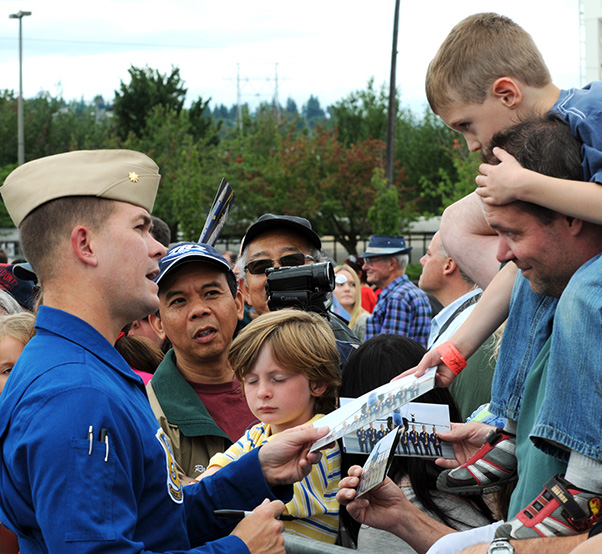 The U.S. Navy Flight Demonstration Squadron, the Blue Angels, announced their selection of a prior Blue Angels pilot to serve as their new Blue Angel #6 Opposing Solo pilot July 11.

The team will welcome back Navy Cmdr. Frank Weisser for the remainder of the 2016 and 2017 seasons.

Weisser previously served on the Blue Angels from 2008-2010 and performed duties as the Narrator, Key Influencer and VIP Pilot, Opposing Solo and Lead Solo.

Weisser, is a native of Atlanta. He attended the U.S. Naval Academy, Annapolis, Md., graduated with a Bachelor of Science in Mathematics in 2000 and was commissioned as an ensign in the U.S. Navy. Weisser received his wings of gold in November 2002. He has accumulated more than 4,000 flight hours and 400 carrier-arrested landings. 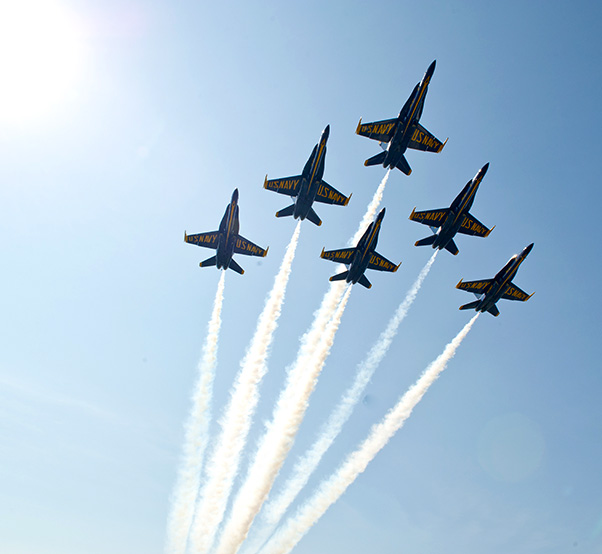 U.S. Navy Flight Demonstration Squadron, the Blue Angels, Delta pilots fly in formation over the United States Naval Academy 2016 Graduation Day and Commissioning Ceremony at Navy-Marine Corp. Memorial Stadium in Annapolis, Maryland. This year the Blue Angels are scheduled to perform 66 demonstrations at 34 locations across the U.S. in 2016.

The Blue Angels will interview all other 2017-2019 pilot and support officer finalists at the team’s home base of Naval Air Station Pensacola, Fla., during the week of the Pensacola Beach Air Show, July 11-16. Selections are slated to be made at the conclusion of the interview week.

The mission of the Blue Angels is to showcase the pride and professionalism of the United States Navy and Marine Corps by inspiring a culture of excellence and service to country through flight demonstrations and community outreach.