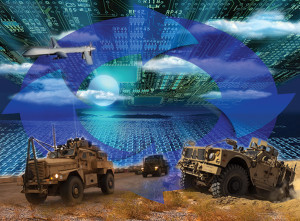 The boundaries between traditional cyber threats and traditional electronic warfare threats have blurred. The Integrated Cyber and Electronic Warfare program at the Army Research, Development and Engineering Command’s Communications-Electronics Research, Development and Engineering Center looks to leverage cyber and electronic warfare capabilities as an integrated system to increase situational awareness of commanders.

The Defense Department has released an update of procedures, first published in 1982, that govern the conduct of DOD intelligence activities.

“The procedures set out rules governing how DOD intelligence elements will conduct activities supporting their missions while safeguarding legal rights and protections guaranteed by the Constitution to all U.S. persons,” Michael Mahar, the DOD senior intelligence oversight official, told DoD News in a recent interview.

“The procedures were carefully and methodically developed in 1982 and they’ve served us well for the many years since then,” Mahar said. “But we’ve reached the point now that, due to changes in technology, law, and intelligence-collection practices, we were compelled to do a significant overhaul.”

Mahar, who is also deputy director for oversight and compliance in the Office of the Deputy Chief Management Officer, said similar guidelines are being updated across the IC.

In accordance with EO 12333, Defense Secretary Ash Carter and Attorney General Loretta Lynch have approved the updated manual after consultation with the director of national intelligence. 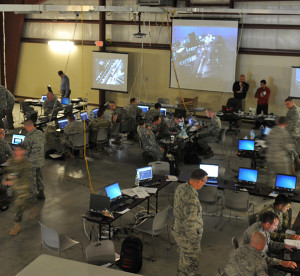 “We went line by line, procedure by procedure,” he said, working with senior representatives of all defense intelligence components as the updated guidelines were finalized.

“We worked closely with the Justice Department and the Office of the Director of National Intelligence because EO 12333 requires approval by the attorney general after consultation with the DNI,” he said, noting that the process was a good example of interagency collaboration.

“We took a very complex set of procedures and effectively updated them to deal with current and near-future operating practices and capabilities,” he said.

Mahar said some of the major changes included updated procedures for collecting, retaining and disseminating information about U.S. persons, updated procedures enabling defense intelligence components to conduct vital activities while protecting the privacy and civil liberties of U.S. persons, and updates based on changes in EO 12333, the Foreign Intelligence Surveillance Act and other recent laws and policies.

The updated procedures also make clear that information is “collected” — a key term that triggers protections in the guidelines — when it is received by a DOD IC component.

The definition will ensure that the framework in the guidelines will apply clearly and consistently, including retention periods and mandatory deletion requirements for information on U.S. persons that has not been determined to meet the standard for retention, and provisions governing sharing and retaining the information within the intelligence community, Mahar said.

The revised manual also provides a framework of distinct rules for information about U.S. persons that was intentionally or incidentally collected, or that was voluntarily provided to an intelligence community component.

The framework requires the prompt evaluation of USP information for permanent retention where the information was intentionally collected or voluntarily provided. For other information, it provides a longer period but enhances protections for the information, including new access and query rules.

Automating access
The changes also include rules that govern data repositories shared among intelligence organizations, and expanded procedures for disseminating U.S. persons information inside and outside DOD to meet intelligence community data-sharing requirements.