Thousands of veterans across the U.S. are connecting with their communities and enriching their own lives in the process, according Spencer Kympton.

Kympton, president of The Mission Continues, said that since his nonprofit organization started in 2007, around 1,700 veteran fellows have done volunteer work in communities across 49 states. Kympton is a veteran himself. He served in the Army as a Black Hawk helicopter pilot for eight years.

For his outstanding volunteer work, Kympton will be presented with the Outstanding Civilian Service Award at the Chief of Staff of the Army Salute during a twilight tattoo ceremony at Joint Base Myer-Henderson Hall, Va., Sept. 15, 2016.

The Mission Continues’ work is motivated by Kympton’s belief that many of today’s veterans need a purpose and desire a reconnection with a team and a mission. 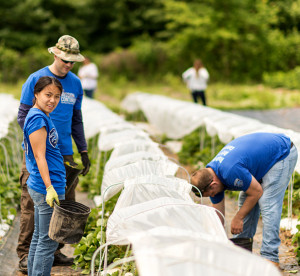 “We’ve asked thousands of veterans across the country to report for duty again in their communities and become volunteer leaders,” he said. “We believe those reconnections can be found by committing to serve again here at home in their neighborhoods.”

Veterans working with Kympton’s organization are involved in a number of community efforts, including mentoring at-risk kids, eliminating “food deserts” in their neighborhoods, cleaning up environmental issues, and working to revitalize a playground at a disadvantaged school.

In Washington, D.C., The Mission Continues has five service platoons focused some of the poorest areas of Southeast D.C., Kympton said. Veterans are working to revitalize affordable housing in Congress Park, renovate the Malcolm X Community Center, and renovate a National Park trail through Congress Heights.

This type of multi-pronged approach is taking place in cities across the U.S., from the Homewood and Hazelwood areas of Pittsburgh and the Rainier Beach area of Seattle, to the City Heights and Logan Heights sections of San Diego, Kympton said.

The group’s work is privately funded through a combination of corporate sponsors, individual donations and donations and grants from foundations dedicated to reintegrating veterans and strengthening communities, according to Kympton.

How it works
Veterans who volunteer can do so individually or as part of a service platoon for a six month period. Modeled after military platoons, service platoons involve dozens to hundreds of veterans in big community efforts, working together on nights and weekends. 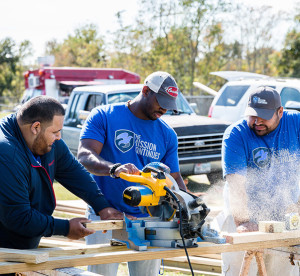 The volunteers work at nonprofits or community organizations while The Mission Continues sponsors them with living stipends and professional development support. Currently 65 service platoons are operating in 35 cities, Kympton said, with five more expected by the end of this year.

In about 16 cities, the nonprofit has “city impact manager” volunteers who maintain relationships and partnerships with organizations, mayor’s offices, service efforts and corporate sponsors.

City impact managers also work with service platoon leaders and individual veterans to synchronize efforts and ensure projects add value for the veterans as well as the communities. 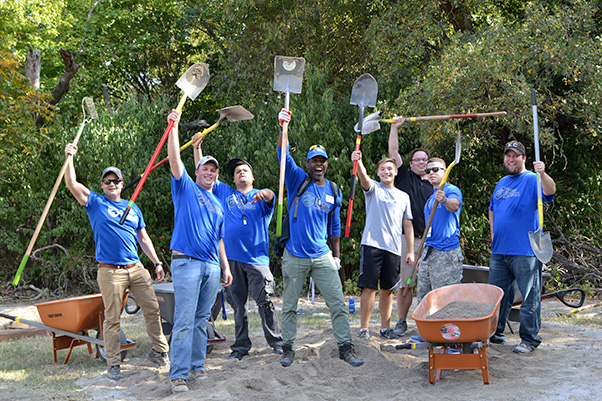 The Mission Continues volunteer veterans in Fort Worth, Texas, October 2015, work to build a gravel path at local shelter.