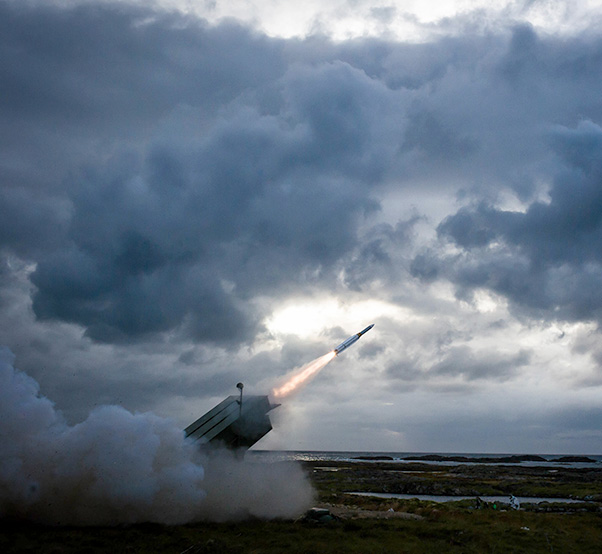 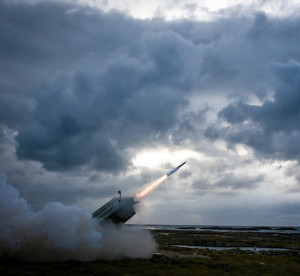 The live-fire shot verified that the complete system – including the AMRAAM-ER missile, NASAMS missile launcher, Sentinel Radar and the Fire Distribution Center, or FDC – worked seamlessly together to engage and destroy a target drone with a live-warhead-equipped missile.

Norwegian military NASAMS operators conducted the test. They controlled and employed the AMRAAM-ER missile from an upgraded FDC, proving the effectiveness of the missile when matched with the NASAMS launcher.

Designed specifically for ground-based air defense, NASAMS is owned by seven countries and has been used by the U.S. National Capital Region’s air defense system since 2005. Manufactured by Raytheon and Kongsberg, NASAMS is the most widely used short-and medium-range air defense system in NATO. In addition to the U.S., it is in service in Norway, Finland, Spain, The Netherlands and one undisclosed country. It is also currently in production for Oman.

About NASAMS
NASAMS is a highly adaptable, medium-range solution for any operational air defense requirement. The system provides the air defender with a high-firepower, networked and distributed state-of-the-art air defense system that can maximize the ability to quickly identify, engage and destroy current and evolving threat aircraft, unmanned aerial vehicle and emerging cruise missile threats.

About AMRAAM®
AMRAAM® is a combat-proven missile that demonstrates operational flexibility in both air-to-air and surface-launch scenarios and provides today’s military forces with enhanced operational capability, cost-effectiveness and future growth options/solutions. Procured by 36 countries, the combat-proven AMRAAM® has been integrated on the F-15, F-16, F/A-18, F-22, Typhoon, Gripen, Tornado, Harrier, F-4 and the Joint Strike Fighter aircraft. It is also the baseline missile for the NATO-approved National Advanced Surface-to-Air Missile System.