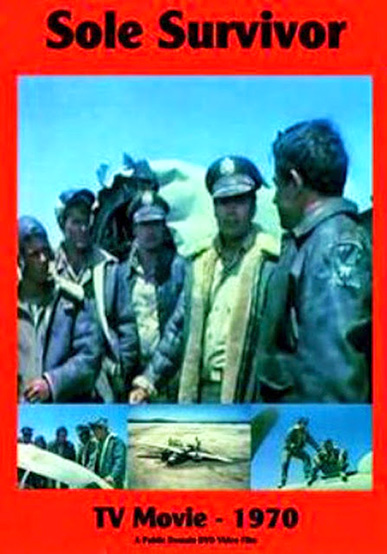 Sole Survivor and the legend of the Lady Be Good.

Thinking back on all the movies made on the dry lakes of the Mojave Desert, I find one that carries a special mystic feeling about it is the ABC made-for-television movie Sole Survivor.

The film is loosely based on the World War II story of the Lady be Good, a B-24 bomber that on returning from a bombing mission from Naples became lost on its return to base over the Libyan Desert on April 4, 1943.

Thinking they were still over the Mediterranean Ocean after flying through a night time sandstorm, the crew all bailed out, only to land and subsequently perish in the middle of the desert. The plane continued on for about 25 miles and crash landed, where it remained undiscovered until 1958. 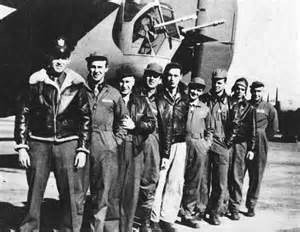 In 1959, research crews finally arrived to find a perfectly preserved B-24. Over the next two years and many missions by crash investigators, all but two of the crewmembers’ bodies were found and brought home. The plane was recovered and moved to a hangar at a nearby air base years later and it still sits there today.

Fast forward to the 1960s and 1970s and two entertainment programs relived that flight with a mystical take.

The first production was a Twilight Zone episode called King Nine Will Not Return, and then the small screen would again adapt the story as Sole Survivor.

Looking for a ratings home run, the studios inked some big names that included Richard Basehart, William Shatner, Patrick Wayne (John Wayne’s son) and Lawrence Casey, who was no stranger to massive expanses of desert as a regular on The Rat Patrol.

Film crews looking to replicate the Libyan Desert ended up building sets at El Mirage and Rosamond dry lakes. A crashed B-25 was the centerpiece of the production, with the ghosts of the crew waiting for rescue for many years until by chance the wreckage is discovered by an oil company looking for new drilling locations. Plot twists and turns include the story of the crash’s sole survivor — the navigator who bailed out and left the crew without the ability to make their way home, who is contacted to help with the mystery of the plane. As the story unfolds, the facts of the mission and the loss of its crew come to light and lead to a classic ending in the tradition of a Twilight Zone or Outer Limits episode. I won’t tell you the outcome, in case some of you want to watch for yourselves on YouTube! 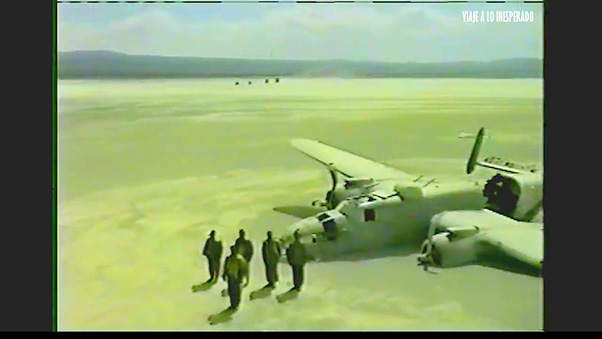 There are lots of classic High Desert backdrops and a few moments in the movie when, looking at the hills in make-believe “Libya,” you’ll see in the distance that those hills have snow on them and realize you’re looking at Wrightwood!

Another effect that was not man-made was the dust storms! Just viewing those will remind all of us who live here that it’s just another day in the High Desert! I find it very topical that the only person to play himself in the movie was none other than newly retired Dodger play-by-play man Vin Scully, who shocks the crew when informing them in a broadcast that the Dodgers were now playing in Los Angeles!

Even though this movie never won an Emmy and it has its corny moments, it’s worth a visit if you enjoy seeing the High Desert as a movie set and the classic mystery sci-fi hook that entertained us in simpler times with lots of cool vintage airplane stuff.

So until next time, as I look for a B-25s on back lots, its blue skies and for now Bob out!