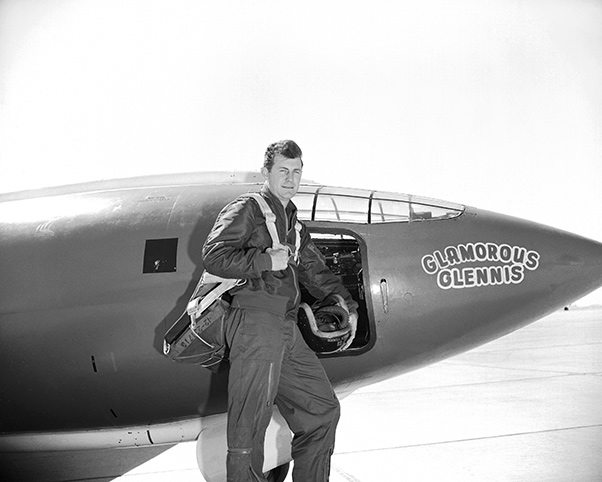 At Edwards Air Force Base, Calif., on Oct. 14, 1947, on his ninth powered flightin the airplane, Capt. Charles E. Chuck Yeager piloted the Bell X-1 Glamorous   Glennis, named after his wife, to a speed of 699.4 mph at 43,000 feet (Mach 1.06), and became the first to exceed the speed of sound. This X-1 flight established that aircraft could be designed to exceed the previously deemed sound barrier.”