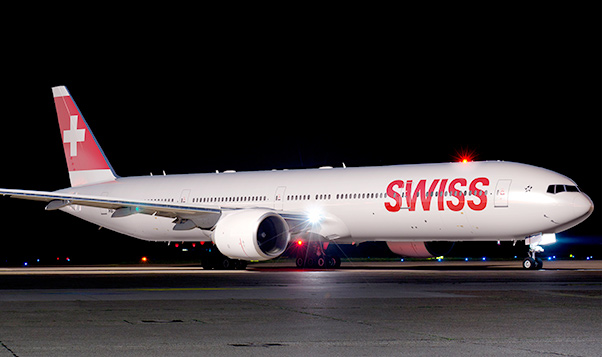 The Swiss airline had previously ordered nine 777s and taken delivery of six this year as it continues to establish the 777-300ER as its flagship.

“The 777-300ER will be the backbone of our long-haul fleet for many years to come,” said Peter Wojahn, Chief Technical Officer, Swiss International Air Lines. “As one of the largest operators of the 777-300ER in Europe we can offer our passengers unrivalled frequency and passenger comfort to a number of intercontinental markets thanks to this super-efficient long-haul aircraft.”

The 777-300ER is the most fuel and cost-efficient airplane in its class as well as the most reliable twin-aisle aircraft in the world. It also has the highest cargo capability of any passenger airplane.

“We value the continued confidence SWISS places in the 777 program and are honored that the 777-300ER will continue to play a prominent role in the airline’s expansion plans,” said Monty Oliver, Vice President, European Sales, Boeing Commercial Airplanes.