The story that brought Martin and two-time Emmy winning CBS producer Mary Walsh to the Indian Wells Valley was about work that the Massachusetts Institute of Technology’s Lincoln Laboratory is doing with micro unmanned aerial vehicles at NAWCWD.

“All of us at CBS are deeply grateful to the NAWCWD team for making our shoot go so smoothly,” Walsh said. 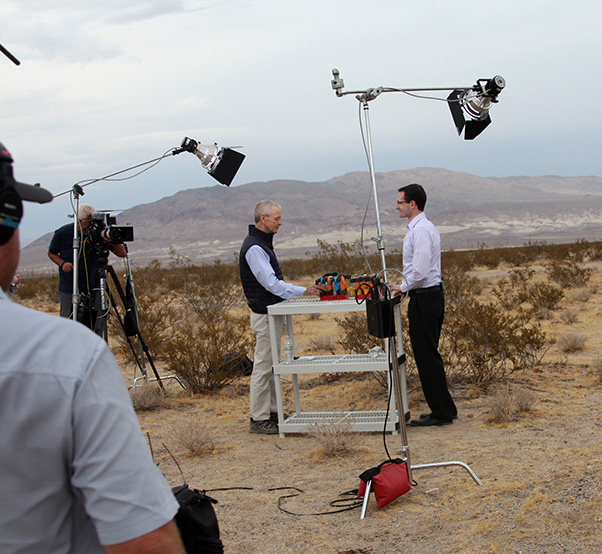 Lincoln Lab has been working with NAWCWD to test unmanned aerial vehicles, known as Perdix, at China Lake since 2014. The project is sponsored by the Office of the Secretary of Defense’s Strategic Capabilities Office.

The CBS crew was on hand to film the SCO’s Perdix graduation exercise Oct. 25, 2016. The GradEx represented a first-of-kind event that dispensed more than 100 Perdix micro-UAVs from three F/A-18Fs. The Perdix vehicles then executed a swarming mission demonstrating autonomous behaviors.

“The scale of this swarm event exceeded any known air launched, or ground launched event, by a factor of more than three,” said Alex Ordway, NAWCWD’s Perdix test engineer. 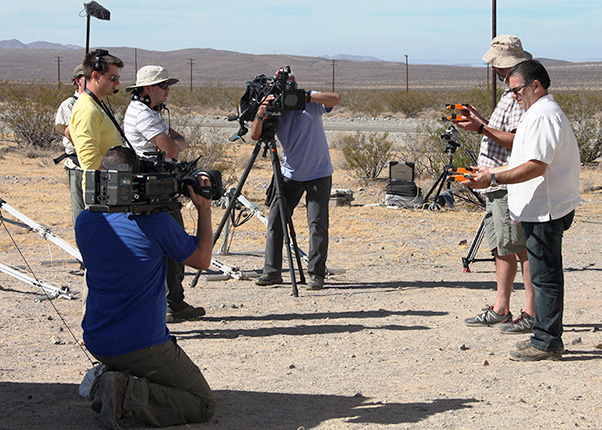 The “60 Minutes” segment also featured other new technology from across the Department of Defense such as the Navy’s unmanned ocean-going vessel, the Sea Hunter, and the Marine Corps’ Unmanned Tactical Control and Collaboration program.

“This demonstration of one of the world’s largest micro-drone swarms at China Lake is yet another example of how the one-of-a-kind ranges and facilities, and our uniquely qualified workforce at the Weapons Division support cutting-edge, innovative work for the warfighter,” said NAWCWD Executive Director Joan Johnson. “We had a team of folks from both our Point Mugu and China Lake sites working together with SCO, MIT/Lincoln Lab, and CBS to make this happen. It was a great success, and we at NAWCWD are proud to be part of one of the most significant tests of autonomous systems under development by the Department of Defense.” 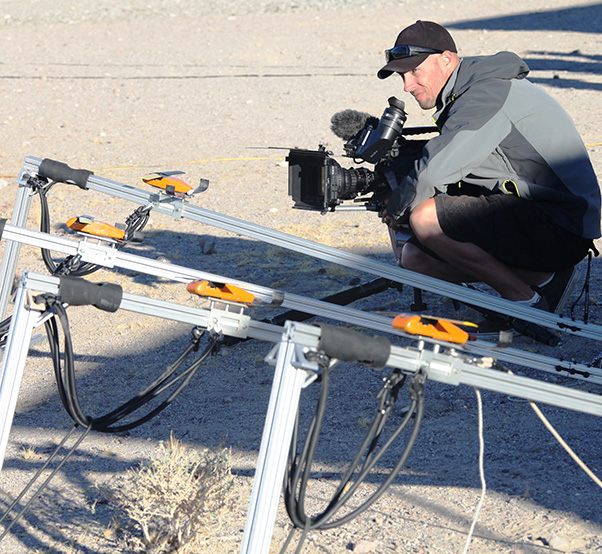